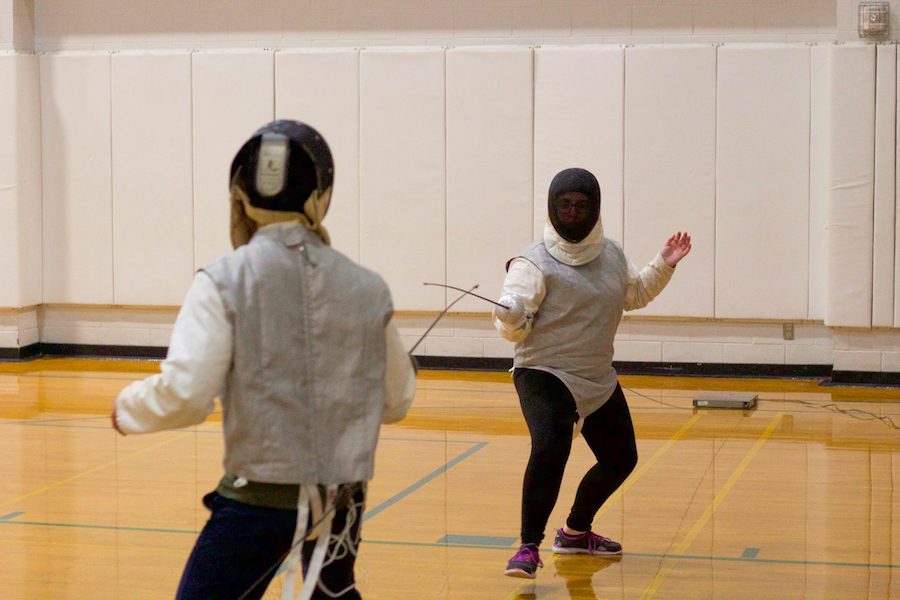 Tucked away in the farthest basketball court of the Reily Student Recreation Center, the Tulane fencing club diligently practices its swordwork. The club’s dedication to technique and excellence is rather unsurprising, given this organization’s competitive spirit.

Fencing encompasses three different styles of competition, called sabre, épée and foil. Each follows a unique set of rules, a distinctive type of sword and seeks to emulate a different style of historical fighting.

Sabre fighting mimics sword fighting from horseback, allowing all types of strikes against your opponent to count for points, as long as they strike above the waist. This style also employs a “right of way” rule, meaning only the fencer moving forward can score points on their opponent, while the person moving backward can only defend themself from their opponent’s hits.

In épée fencing, however, such formalities are forgotten. The entire body of the opponent is fair game for scoring points, and there is no “right of way” rule. Club President Garrett Van Beek specializes in this style.

“Épée is the back-alley type of fighting, in which two people would duel, and the first one to draw blood would win,” Van Beek said.

Foil, the last of the three types, derives from standard sword fighting and is the oldest form of fencing. Foil also employs the “right of way” rule.

The team itself has seen a lot of growth over the last year. Van Beek hopes to continue this pattern of advancement.

“When I joined, the club was a little bit in a staged state, and I came in and have been doing my best to get it up and running again,” Van Beek said. “We competed a lot last semester and I’m hoping we can compete more this semester.”

The Tulane team is fortunate to be based in New Orleans, which hosts a national competition each fall. Not only do tournaments like this allow the team to practice against the best in the country, but they also help the group to develop a sense of camaraderie over post-competition Raising Cane’s Chicken Fingers.

The turnout this year has been promising, and Van Beek and the club continue to welcome and train new members. At these practices, the fencers’ sense of comradery and dedication to excellence certainly inspires newcomers and experienced swordsmen alike.

For those interested in joining or just trying a new sport, the team meets Monday and Wednesday nights from 8 p.m.-10 p.m. All skill levels are welcome.