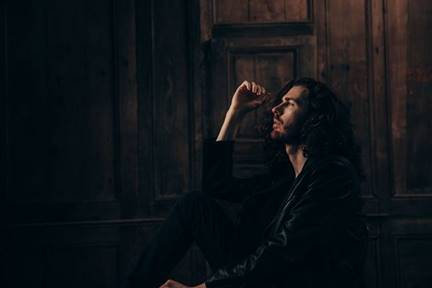 After years of anticipation, Irish musician Hozier released his sophomore studio album “Wasteland, Baby!” on March 1. The album features two songs, “Nina Cried Power” and “Shrike,” from his EP of the former’s name released last fall. “Wasteland, Baby!” comes as a welcome addition to Hozier’s discography, as many fans have been obsessively listening to the artist’s self-titled first album for almost five years.

“Wasteland, Baby!” is enjoying similar success so far after debuting at No. 1 on the Billboard 200 album chart. It’s easy to see why – “Wasteland, Baby!” has similar motifs as “Hozier:” love, death, religious imagery, the mutability of personhood.

That’s not to say that Hozier’s music hasn’t matured since his debut album. “Wasteland, Baby!” leans more towards the rock side of his ménage of genres, even taking a slight psychedelic turn in “Movement” and “Dinner & Diatribes.” Nonetheless, Hozier’s music retains the spark that set him apart years ago: his ability to convey those little intimacies between people we can so rarely put into words ourselves. Like “Hozier,” “Wasteland, Baby!” seems to lean into the idea that there’s something holy in everything, no matter how seemingly mundane.

The first song of the album, “Nina Cried Power,” is named for Nina Simone, a prominent figure in jazz and civil rights. The raw, vocally driven song pays tribute to 14 other artists for their use of music as a medium for protest and political commentary. It’s a good choice of opening song – it showcases Hozier’s soulful voice and lyrical prowess.

Some tracks on the album recall earlier work of Hozier’s – “Nobody” has the clear sky, late spring feeling in “Someone New” and “From Eden,” while “As It Was” and “Shrike” breathe new life into the gentle, calming sound of “Work Song.” The rest of the album alternates between callbacks to similar themes and styles as those in “Hozier” and the brand-new sound of songs like “Nina Cried Power” and the titular “Wasteland, Baby!”

Hozier, whose tour history reveals a penchant for music festivals, hasn’t performed in New Orleans since New Orleans Jazz & Heritage Festival 2015. He makes his return to the Crescent City on Wednesday, March 27 at The Fillmore on Canal Street. Tickets start at $100 for general admission, and tickets purchased online come with a CD copy of “Wasteland, Baby!”