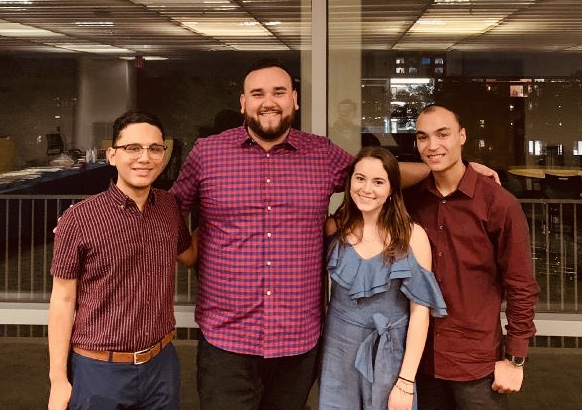 On Saturday, March 30, Latin music and the smell of ropa vieja flowed out the doors of Qatar Ballroom in the Lavin-Bernick Center for University Life. Around 200 Tulanians and community friends alike gathered to celebrate Latinx cultures together at the annual Festival Latinx hosted by Tulane’s TU Gente.

Tulane University’s Gente, or TU Gente for short, essentially means “your people.” It provides the opportunity for Latinx students on campus to form a family and engage in fun activities together, like playing Kahoot or eating certain traditional foods.

Hosting Festival Latinx for the third year in a row, TU Gente tries to spread awareness of the Latinx community both on and off campus. Foods such as arroz con habichuelas (rice & beans), yuca fries, arepas, maduros (fried plantains) and flan were served at the event. The band, reprising its role from years past, played beautifully as dance teachers lead traditional Latin dances lessons.

Throughout the event, festival-goers gathered on the dance floor to learn new dances, or even to show off their skills as a Latin dancer. In the end, a big group of people lined up to both learn and dance the bachata together.

TU Gente hosts other events over the course of the year, such as guest speakers like Rosario Grajales and fundraisers for the New Orleans Hispanic Heritage Foundation. Next year, TU Gente is starting a program that tutors and prepares recipients of the New Orleans Hispanic Heritage Foundation scholarships for college. Festival Latinx is, however, the biggest event held by TU Gente.

“It’s the most important event of the whole year for TU Gente. For me specifically, I just really put a lot of hard work into it to show Tulane that we have a presence on campus and that we are here,” Amador said. “It’s just a huge satisfaction to see that other people, not just from our cultures, appreciate our culture and to just come out to have fun with us.”

Each year the festival has grown, and more Tulanians are becoming aware of the Latinx community on campus. Latinx student are welcomed and are not alone through TU Gente’s events and their general meetings, which welcome all.