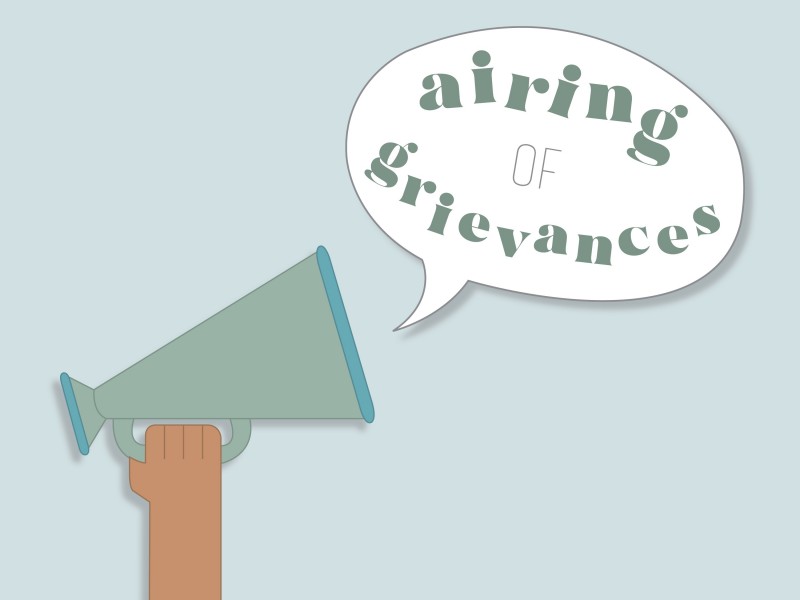 Dear “So What Are You Doing After Graduation?,”

At first, I barely thought of you. We skated through junior year of college as mere acquaintances, an afterthought in conversations with distant relatives and people who mistook me for a senior. We were amicable, yet distant, and all was well.

Then, suddenly, you became a parasite on my life. Friend and foe alike bombarded me with constant variations on your central theme. What was I doing next year, after graduation, this summer, for the rest of my life, when was I getting married, how many kids was I having, what breed of dog did I want in my family home?

I don’t think I realized just how dire the situation was, though, until a recent chat on Bumble, when the boy I was talking to – yes, a random boy on Bumble – dared to pose the immortal words. “Do u know what ur doing next year [stressed face emoji] have to ask,” he said, following up immediately with, “Not meaning to stress [sweating face emoji] you out.”

Well, Bumble Boy and “So What Are You Doing After Graduation?,” you are stressing me out. Not that it’s totally your fault – I’m an unemployed second-semester senior, and therefore constantly on the verge of a nervous breakdown. But you certainly aren’t helping.

And you know what else isn’t helping? Being constantly, in every meaningless bout of small talk, reminded of my situation. I know I’m unemployed, okay? I don’t need every Uber driver or stranger I meet on the street to remind me of the dark realities of my life.

Can we all try to be a little more creative in our innocuous chatter? Or even less creative. I would love, just once, to be asked, “so how ’bout this weather we’re having?” I yearn for the days where people asked me about the game last night, some random tidbit of celebrity drama or literally anything less involved than the metaphysical crisis I’m having about the fact that, come June, I will be completely purposeless.

So, well-meaning family friends, underclassmen and, since I apparently have to make this clear now, potential hookups on dating apps, please stop asking. Graduation is still a month away, and for all we know, by that time, I could get a stint on “Dancing With the Stars” or indicted in a federal elections scandal. The world is my oyster.

Potentially Dying at 42, Since I’m Having a Mid-Life Crisis Now