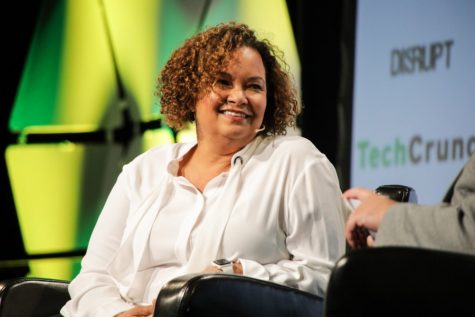 Lisa Jackson, the daughter of a mailman and a secretary, grew up in the Ninth Ward of New Orleans in Pontchartrain Park. Jackson went on to get her undergraduate degree in chemical engineering from Tulane and her masters in the same subject from Princeton. She is a former administrator of the Environmental Protection Agency, nominated by Barack Obama, and is currently vice president of Environment, Policy and Social Initiatives at Apple. This year, she was honored as a distinguished alumna.

The Distinguished Alumni Award is given to Tulane graduates “who, through their remarkable attainments in professional and civic life, have brought honor to themselves and Tulane University, and whose accomplishments and contributions have had broad impact and positive effect on others.”

“I went to Dominican High School in Uptown mainly because my aunt … was the one person in my family who’d gone to college — she went to Dominican and then Xavier,” Jackson said. “I always tell people, you don’t realize that kids really need a role model or somebody to emulate. Otherwise, you know, they’re not going to know what to do next.”

Jackson graduated from Tulane in 1983. At that time, the university was only 0.1% Native American, 1.4% Asian, 5% Black, 4.3% Hispanic and 87.1% Caucasian. Jackson reflected on her experiences as a woman of color studying at Tulane at that time and how the university now strives to increase diversity and change campus culture.

“Part of what … a lot of the black students have to do is not think about the numbers in any room you’re in,” Jackson said. “If you do, you’re almost always going to be on the 1-2-3 [end of the equation]. Tulane is making a ton of efforts on diversity, and it’s really important, and I’m proud of that. Even with those efforts that’s unfortunately still the case.”

Now, Tulane is made up of 22% students of color. The admission office has employed several initiatives to increase diversity on campus, including hosting two fly-in programs for students from marginalized backgrounds. The Center for Public Service also connects students to service learning opportunities in New Orleans to better integrate students into the city they study in.

“I don’t think it’s 100% perfect yet, but I think it’s trying to be more perfect,” Jackson said. “And this idea that you can’t graduate from college, without having learned the importance of service to the community is, I think, a profound difference. I do feel like with the need for diversity, they have taken a pretty challenging set of situations and decided to make lemonade.”

Since her time at Tulane, Jackson was appointed by Obama to serve as the administrator of the EPA where she shaped policy to reduce greenhouse gas, protect air quality and other environmental measures. Now, as Apple’s vice president of Environment, Policy and Social Initiatives, Jackson leads Apple’s efforts to address the company’s eco-footprint and reduce its impact on the environment. She also works on educational policy and government affairs.

“You might not always be able to see how your passion shows up in those first job, especially those first show where you’re like — I need a job,” Jackson said. “I have to have a job … When I got my first job I didn’t think one day I’d be in a position to make policy. So take the time to realize that the expertise you’re building even in times when it feels [like] a setback, that expertise is actually something you can call on later.”

On advice for new students curious about the road ahead, Jackson says not to be afraid to move forward in their career as soon as they are ready, especially those who have historically been told to do the opposite.

“I usually say to folks, if you’re making a decision that does it generally propel you forward, try not to buy into this idea that in order to move up, you have to move down first,” she said. “Now true, this is told to women oftentimes and to people of color but never told to white men.”

In honoring her with this award, the Tulane community recognizes Jackson’s contributions to better the community as a whole. It is this sentiment, Jackson said, that Apple strives for through its eco-friendly technological advances.

“And we say that a lot at Apple, you know, because with all the work we’re doing on the environment, we’re 100% renewable power for around the world, we’re doing all this amazing work on smarter chemistry on recycling and reuse of material, all this great stuff. But humbly we have to say we have such a role ahead of us,” Jackson said.