‘Hers, Theirs, Ours’ offers intersectional alternative to Vagina Monologues 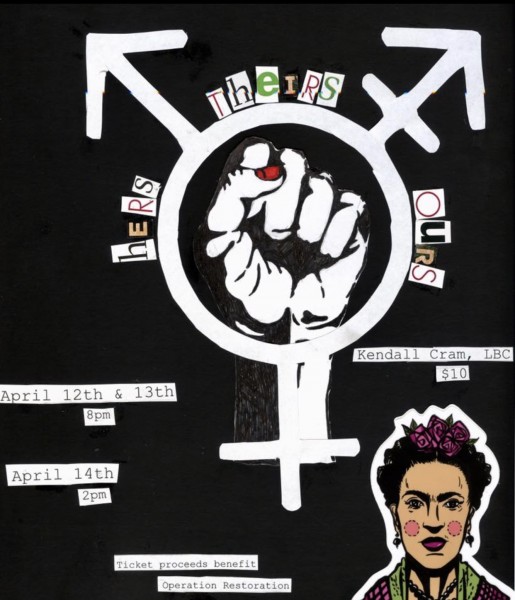 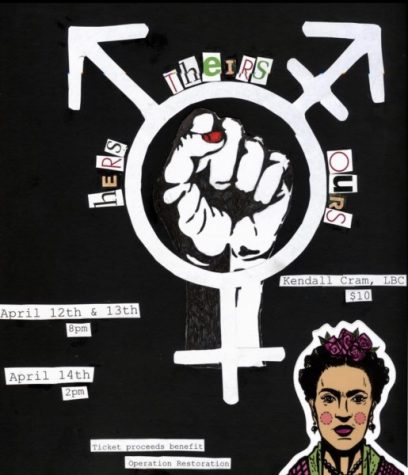 “A lot of people may talk about it as being ‘The Vagina Monologues,’ but intersectional,” Hers, Theirs, Ours cast member Jewell Prim said.

Birthed in 2016, “Hers, Theirs, Ours” was actually created as a replacement to “The Vagina Monologues” with the mission to be inclusive of every woman’s stories – not just cisgender women’s. First performed in 1994, “The Vagina Monologues,” is an off-Broadway play in which women tell stories centered around their vaginas. Revolutionary for its time, the play challenged the cultural taboo of cisgender women speaking openly on their sexuality, and for this reason it holds much cultural relevance in feminist circles.

In recent years, however, the show has been critiqued as a production catering to mostly white, upper-class, cisgender women, excluding the many individuals that fall outside these demographics. Often, it is these individuals who most need their voices to be heard. For this reason, “Hers, Theirs, Ours” was created — to allow these often-silenced individuals a place to speak openly, find encouragement and heal.

In addition to expanding beyond cis-female voices, the performance aims to better represent the perspectives of people of color and queer folks.

“Women-identifying students on campus and participants have the ability to make their own pieces, like performance pieces, or perform pieces that already have been written” Prim said. “… I guess it’s more like spoken word, conversations, and art profiles about the experience of being a woman and especially a woman of color or a woman from a marginalized group.”

Performers in “Hers, Theirs, Ours” are not required to have any extensive acting training. Instead, every person with a story is welcome.

According to Prim, the production also serves as an outlet for women to meet one another on campus that are interested in the themes that are being discussed.

“Hers, Theirs, Ours” premieres this weekend in the Lavin-Bernick Center for University Life. Those interested in seeing the show can purchase tickets here.