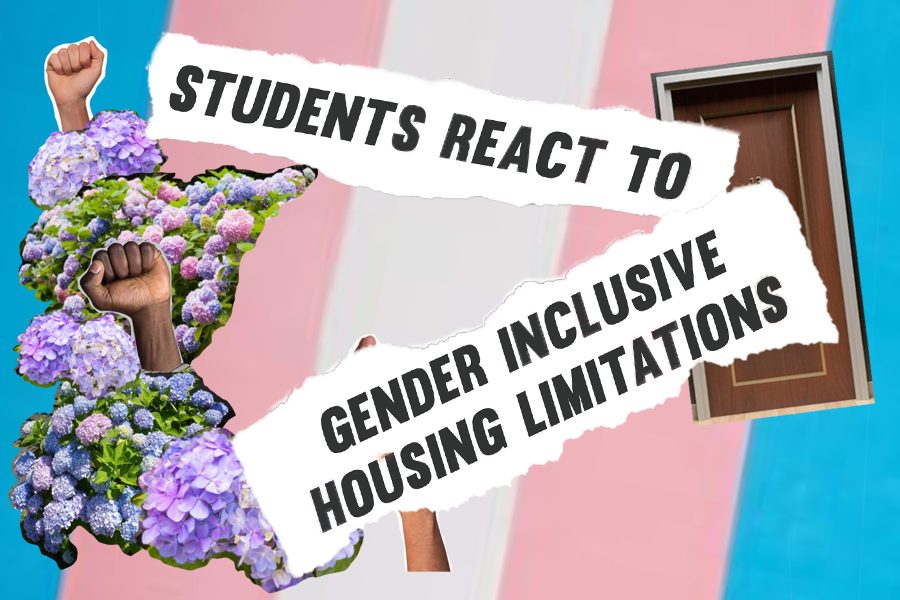 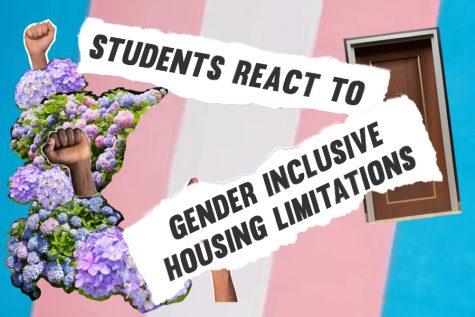 *Tabitha is a sophomore who wishes to remain anonymous.

Amid the chaos and stress of preparing for her first year at Tulane University, sophomore Tabitha* felt a rock in the pit of her stomach while checking her student housing portal. Tabitha, a transgender woman, opened her browser to see that her deadname, or name given to her at birth, had been provided to all three of her suitemates in the confirmation message for her on-campus housing.

“[Her] dead name and sex assigned at birth were both on the housing portal, so [she] got outed [as a transgender person] to the entire suite very early on,” Marlene Rees, sophomore and Tabitha’s suitemate, said.

From finding the right roommate to ensuring the building is cockroach free, the anxiety of finding housing in college can be a large additional stress for incoming and returning college students across the country. For students that fall along the LGBTQ spectrum like Tabitha, this process can prove to be even more challenging due to the homophobia and transphobia they can encounter along the way.

“I did an admissions chat with incoming LGBTQ students a couple weeks ago, and I would say consistently the biggest category of questions was around housing,” Lisa Currie, university interim director of the Office of Gender and Sexual Diversity, said.

Oftentimes, in addition to the interpersonal microaggressions and verbal discrimination faced by students at the hands of their peers, queer students navigate institutional barriers than can make it difficult to exist comfortably as a transgender or queer person.

Though Tulane Housing and Residence Life has since changed its policy on providing a student’s deadname and assigned at birth pronouns to their suitemates, some members of Tulane’s queer student population say they feel the institutional measures taken by Tulane to accommodate transgender and queer-identified students do not adequately safeguard the community from these forms of discrimination.

One of the primary ways Tulane attempts to create a safe housing environment for transgender students is through Gender-Inclusive Housing. According to the HRL website, “Gender-Inclusive Housing (GIH) allows undergraduate students of any gender the option of living with other students regardless of their gender.  While all housing on campus is expected to be free of bias and discrimination, GIH was designed to be a particularly comfortable home on campus for students who identify as transgender, lesbian, gay, bisexual, intersex, queer and questioning and their allies (LGBTQIA).”

Students are able to check a box to opt into GIH when they apply for on-campus housing each year. Though HRL designed GIH to cater to queer students, Samuel Murphy, junior and president of the Gender Exploration Society, says he feels GIH does not accurately pair transgender students with safe roommate options because of the confusion surrounding what opting for GIH means.

“Most people don’t understand fully what GIH is, or what selecting it may entails,” Murphy said. “So a lot of people end up in GIH who should not be there … [it] doesn’t actually weed out people who are uncomfortable rooming with trans people, because it’s framed as something that ‘should’ be picked.”

Eva Dils, junior and Undergraduate Student Government senator, attributes part of the problem to the various uses of GIH.

“It’s not just for students who are trans or whatnot,” Dils said. “It’s also for students who have a partner of another gender that they want to live with them or something like that. So, people use it for a variety of reasons which makes it confusing for people to understand what HRL is trying to say on the website.”

According to Currie, it is crucial to fine-tune the Gender-Inclusive Housing process to ensure queer students feel safe on campus and in their learning environments.

“For an LGBTQ+ student who feels they need to live in Gender-Inclusive Housing for personal safety reasons, that matching with somebody who truly feels safe to them is absolutely essential,” Currie said.

This desire for safety goes beyond what is physical.

“Safety is not just physical safety,” Dils said. “Safety is a wellness and ability to operate within a space … one of those factors is being included, not just not excluded, but intentionally included in spaces within which your operating.”

HRL has been working in conjunction with members of USG and GES in an effort to create a more inclusive housing process. One of the more important changes was implemented only in the last year.

“This past year we got it so the housing system will use a person’s preferred name and pronouns,” Murphy said.

Another reform that GES hopes to achieve in the near future is the revamping of the Tulane on-campus housing portal software, according to Dils. Rather than simply clicking a box that states a student is interested in Gender-Inclusive Housing, the new form would include a sliding bar scale that gauges students on just how comfortable they are in regards to LGBTQ issues and would make it so that queer students are intentionally placed roommates who have a deep understanding of the matter.

Kennon Stewart, USG Gender and Sexuality Advisory Council Chair, said he believes that, while the university moves towards housing reform for trans and queer students, it is important to keep in mind the reason for the reform.

“Queer competent housing is a necessity because we should never have to live with someone who disagrees with our existence,” Stewart said. “Trans people in particular have been killed for much less. And the hours that we spend avoiding our rooms affect our health, grades and college experience.”

The Tulane Hullabaloo will continue to report on this matter as it develops.