Intersectional Confessionals: Freshmen reflect on being mixed race at Tulane 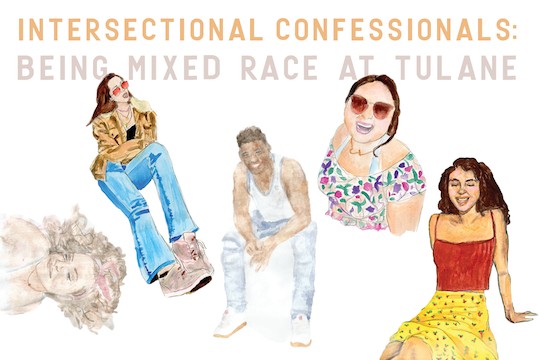 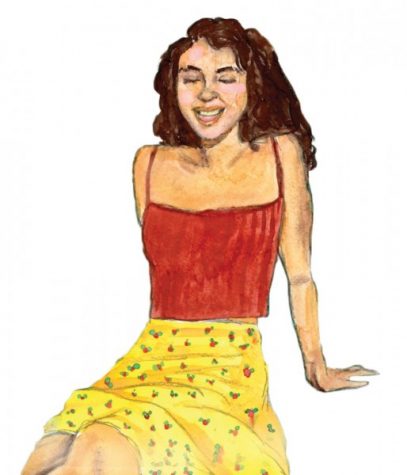 As an editor of Intersections, I write a lot about identity. I have yet to touch on my identity as a mixed-race person, but as the end of my first year approaches, I realize I cannot divorce it from my freshman experience. Every day, this campus reminds me because of my complex relationship with race. I am an anomaly.

Throughout the year, I have hopefully entered many predominantly monoracial spaces to find myself ignored, faced with visible discomfort, or fetishized for my racial ambiguity. In every instance, what I am clearly overshadows who I am. The sacrifices I made to attend college do not matter, nor does the centuries-old connection between my enslaved ancestors and their owners’ attendance at Tulane, a significant factor in my decision to go here. All that matters is my physical racial ambiguity, making me simultaneously hyper-visible and invisible. Though I am always working to expand my social and extracurricular lives, a place where this social dynamic is not as blatant still evades me. My feelings of isolation persist.

I often wonder if the treatment of mixed-race people here is also determinant on gender. Compared to the experiences of my female mixed-race friends, my male mixed-race friends have described feeling as though they did not invoke as much automatic suspicion from monoracial communities on campus. Their fetishization is also less likely to be viewed as within their control. This higher likelihood of my male mixed friends’ social acceptance allows them to explore their racial duality with more freedom.

Since Tulane claims to produce agents of social change, I hoped my identity here would not be faced with such typical apprehension. Tulane, however, like universities across the country, is a microcosm of our society. In the United States, many of us are guilty of our tendency to categorize race within a one-dimensional, rigid framework – a framework that does not reflect our society’s reality, and allows many who do not fit into one racial identity to slip through the cracks. Tulane’s community does not stray far from this ideological framework. It upholds it with vigor.

As a mixed-race person, my life is a constant balancing act on society’s evershifting racial boundaries. And as a student here, I often feel as though I am meant to lose myself between them. 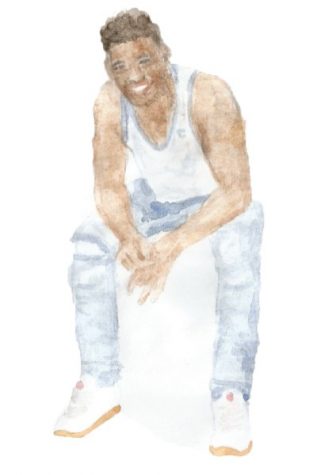 Being mixed at Tulane is an interesting and sometimes confusing dynamic for me. I never really fit into a specific group of people. When I am with my Black friends, I will sometimes hear, “You can’t say that, you aren’t Black enough” or “You wouldn’t understand, you are white.” This gets very annoying after a long day of being labeled Black by white friends and Tulane itself.

I find myself coping with this in the way I have for all my life: code switching, which is conforming to the racial group I’m with at the time. Depending on the racial group I’m with, I will slightly change my demeanor and tone to fit theirs. It’s weird catching myself mid-sentence doing this behavior, but if I don’t, then I will sometimes be isolated out of the group for my difference. If this change is commented on by someone within the group, I wait for them to decide whether to see me as Black or as white in that scenario.

Often, the ethnicity of my father is the deciding factor. This sounds outrageous, but I find myself stuck in these predicaments daily. I find myself thinking “If I am not Black nor white, then what am I?” An impostor, maybe. I feel sometimes like a fake Black person or a fake white person. We live in such a Black and white society that it is much easier to just pick a side than embrace both.

The truth is, I am Black AND white. There is no either or. While being at Tulane I have learned to embrace being biracial and view it as something that empowers me. Being mixed, I know how to relate and communicate with both ethnicities, and I have used this ability to bring people together that would have never even thought of speaking to each other. While I am proud of being biracial, I wish that my friends and fellow students understood that no one is purely white, Black, Hispanic, or any other specific ethnicity. We all are mixed with something down the line so attempting to stereotype and divide people is not only wrong but a waste of time. 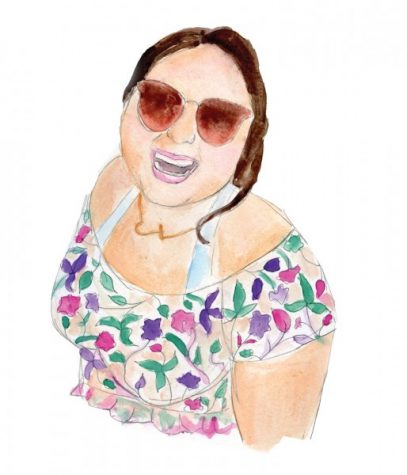 Growing up as a Mexican-American Jew can be both amazing and filled with hardships. But at Tulane, the hardships are even worse.

My father’s family is from Mexico while my mother’s family is Jewish. Growing up, I never had to choose which identity I was. At home, no one asked me if I was sure of my identity or even questioned it. I was just me. Here, I am constantly questioned about my identity – where am I from? Why I do not look a certain way?

I thought being at Tulane would help me explore my Jewish identity, but I was wrong.

I get asked by other Jewish students if I am even Jewish because I pray and observe holidays differently. I do not go as frequently to services because my Jewishness is constantly doubted. To make matters worse, I am not a supporter of Israel, a state who took land from the Palestinians. Many of my Jewish friends here talk about their love for Israel and how they want to visit one day, but I never mention how I feel because I fear evoking anger and being labeled a “fake Jew.”  Since being here, I have turned away from my faith because people judge me.

Being Latinx is scarily similar. People often question the existence of my heritage because I do not look “traditionally” Mexican. Some expect me to know my culture and Spanish perfectly as a litmus test for my Mexican-ness. When I get something wrong, I feel like a failure. These people do not understand that their words cut so deep. It makes me question my heritage and my whole identity.

The constant worry that I am not Jewish or Mexican enough weighs on me everyday. At Tulane, most students have a perception of what a person of a certain identity should look and act like. When I don’t fit their stereotypes, they isolate me. They make me feel as if I am not Mexican or Jewish enough for their preconceived definition. I often feel like I have to pick one race or the other, betraying half my family in the process. I have learned to navigate certain spaces and deal with the constant questioning of my identity, but the feeling that students are judging me never goes away. 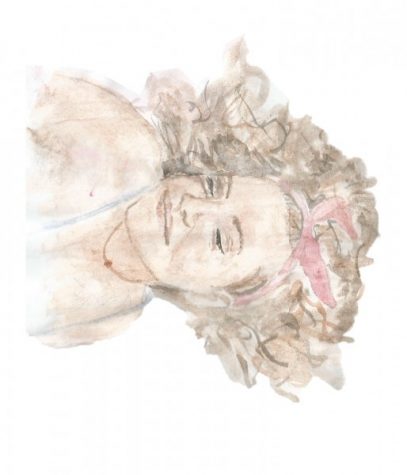 My explanations are always filled with “kind of” and “well” and anything to craft a digestible, perfect package. My mom is Middle Eastern, defined as white in the United States while my dad is Jewish, an identity carried through the mother. Mixed together and my race is suddenly a question without an answer. A gray area.

The criticisms are constant. I’m not white enough to go unnoticed, but I’m too white to identify as anything else. I am faced with a question: Do I fade into the whiteness myself to make others comfortable or constantly justify my identity to people who cannot understand it?

I always expected Tulane to be different because it is a place of higher education filled with young people in a culturally diverse city. What I did not realize was that Tulane has never been a reflection of New Orleans and the gray area would follow me all throughout freshmen year. The place where I was supposed to feel this special kind of freedom for four years turned into a confusing land of racial scrutiny for a white-passing mixed girl. The most critical people were always white, suspicious that someone who looked like them could be different.

For every one of those painful conversations, where my family history was pulled apart by those trying to invalidate my identity, however, I’ve grown more secure in myself. Tulane has given me the opportunity to meet people just like me, white-passing and mixed, and I never realized that my experience was universal. That this grey area is a shared space. That despite my unique identity, I can make a space for myself and every other Tulane student like me. 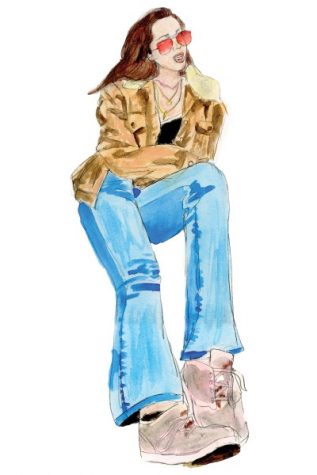 “I guess it’s my fault that we never really celebrated much,” my mother’s voice murmurs through the phone, sounding about as far away as the 1,108 miles separating us. But it’s not your fault, mom.

While I blamed my grandfather for distancing his children from their Latin identities, I think I began to understand after I was uprooted from my childhood home of Manassas, Virginia, and plopped into “Colorful Colorado” (literally what the sign says upon entering state lines). The only colorful part of Colorado are the sunsets. Moving to a place where there was not a trailer park in sight and Spanish was just a class middle school students took and learned nothing from was like a “Twilight Zone” episode to me.

However, being submerged into this intensely homogenous and conservative setting was when I began to understand my grandfather’s fear. These kids could eat up the media’s representation (or lack thereof) of Latinx people as gang members or job-stealing immigrants because they’d only ever interacted with a handful of Hispanic people in their life. Some actively discriminated while others carried their prejudice within.

And Tulane felt like a more humid version of my adolescence in Colorado—a copious amount of privileged young adults protected by a bubble of luxury houses. Maybe it’s my fault for not doing enough research, but I didn’t experience the classic “oh shit”’ moment until actually being a student at Tulane.

There is something very wrong at this university, and as a queer mixed student I feel it. If you bear any other identity than what is represented as the majority at Tulane, you feel it too.

For the longest time I struggled with self-validation because of my outward appearance, but it is not about that anymore. I know I am Latinx. I know I am white-passing, and I have had advantages and privileges because of that factor. One of which being that unless I actively tell someone about my ethnicity, I am automatically white to most.

Tulane and Colorado have made me want to use my privileges to sabotage the white supremacy that my grandfather succumbed to all those years ago. To listen to those who have not benefited from being white-passing. To call out the shit white people only say when they think they’re only surrounded by other white people. To work with others to build a world where no one will have to have my grandfather’s fear. Because Tulane, in a drastic turn of events, may indeed result in something positive. I know that I’ll go back to Colorado more content with own identity, ready to connect back to my roots with my mother in my own time and use my privilege.