The Tulane Hullabaloo • May 15, 2019 • https://tulanehullabaloo.com/47621/news/historic-bead-tree-removed-from-tulanes-campus/ 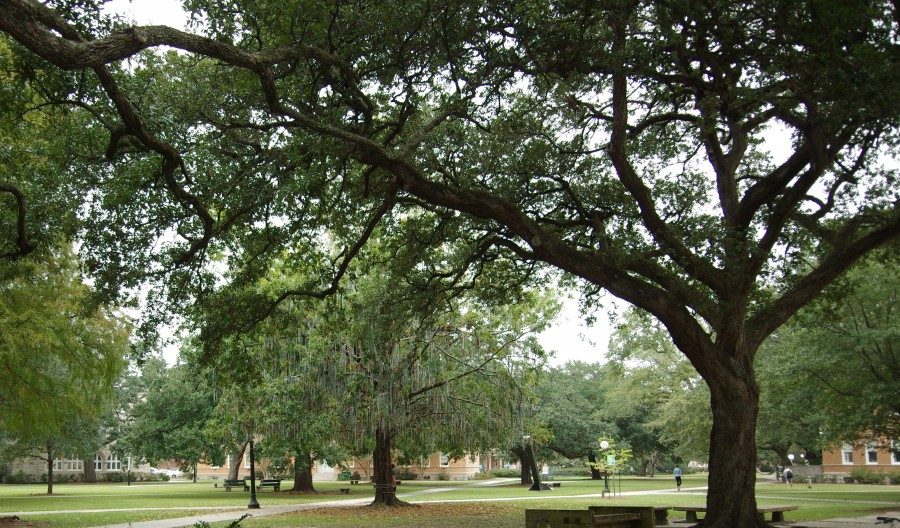 Tulane's trees are well-rooted in the university's past.

Tulane University announced that the beloved “bead tree” — a sizeable Nuttall oak tree covered in Mardi Gras beads that became a recognizable feature on campus — was removed from the Academic Quadrangle Tuesday. Lightening struck the tree a few years ago, and the tree was in danger of falling due to a termite infestation.

Tulane officials shared the news with students and the community via social media, where they wrote that information about the naming for the new bead tree will be released soon.

Today, Tulane will remove its beloved bead tree, which was heavily damaged by lightning several years ago and is now in danger of falling due to termite infestation. Share your favorite memory of the #TUbeadtree and stay tuned for info on the naming of a new bead tree. pic.twitter.com/nyzcDims7J

— Tulane University (@Tulane) May 14, 2019
The tree became a symbol of New Orleans culture on Tulane’s campus when students began throwing Mardi Gras beads onto the tree, believing that if the beads held onto a branch it would bring them good luck. The tree served as a landmark of the campus, and many students were saddened by the news of its removal. Students were encouraged to share pictures and memories spent under the bead tree using the hashtag #TUbeadtree. Many followed suit, and the hashtag already had 28 posts at the time of this article’s publication.

“Since Hurricane Katrina, the Bead Tree has been a beloved tradition and favorite photo stop for Tulanians of all ages. I visited it on my first trip to campus and fell in love with it immediately. While we are sad to see it go, we know the unity and celebration it embodied will continue as we plan to plant another tree in its place, which will become our new Bead Tree,” Tulane President Mike Fitts said in a Tulane Today article.