The Tulane Hullabaloo • May 31, 2019 • https://tulanehullabaloo.com/47672/news/commencement-speaker-tim-cook-discusses-his-path-coming-out/ 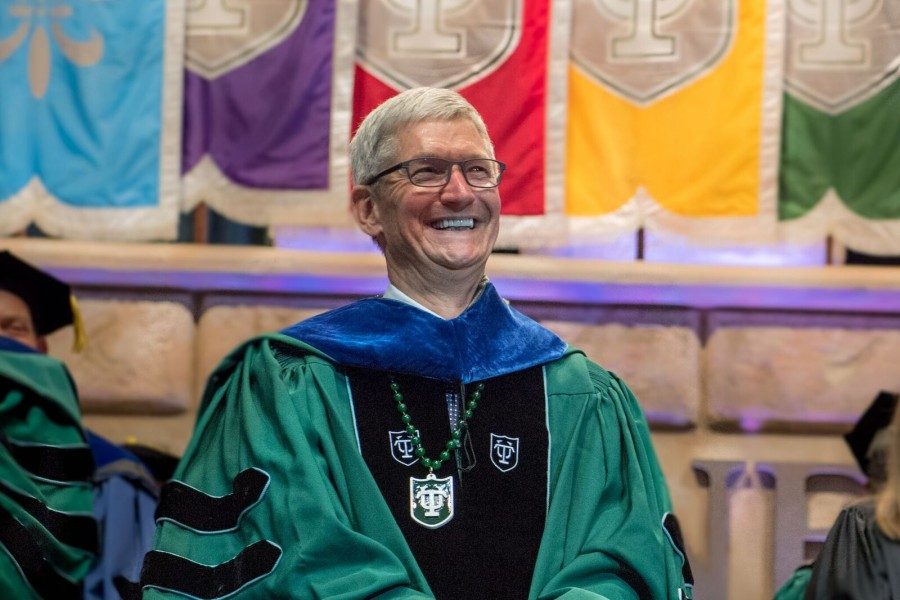 Apple CEO Tim Cook spoke last week at commencement, sending off the Class of 2019. Cook has had no shortage of successes in his career, especially in his current role as the chief executive officer of Apple.

Under Cook’s leadership, Apple has become the world’s first trillion dollar company. It has also continued to provide its now 1.4 billion user base with several new products, including the Apple watch and a series of new iPhones, iPads and MacBooks.

But when Cook first joined Apple, it was far from obvious the company was on a path to success. In fact, Cook said he was reluctant to leave his position as vice president of Corporate Materials of Compaq.

A conversation with Steve Jobs, the founder and then-CEO of Apple, changed Cook’s mind.

“[Jobs] was, at that time, going all into consumer at a time where everybody else in technology was moving out of consumer and into the server and storage business,” Cook said. “I thought it was brilliant that he was doing something that was not with the path.”

Jobs’ innovative strategy and passion for making a positive impact on the world, Cook said, convinced him to join Apple. Within a year, the company was once again profitable. 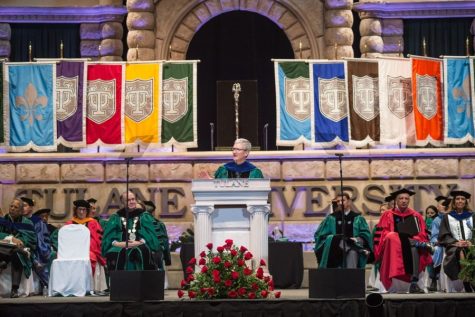 After Jobs’ death in 2011, Cook took over as CEO. Apple’s growth under Cook has not been entirely linear — its stock has not remained consistently high, and some of its products, notably the HomePod, have disappointed some investors.

Cook has not only been a prominent figure in the business world. He has also become a role model for some in the gay community.

When Cook came out publicly in 2014, he became the first openly gay CEO of a Fortune 500 company.

“It’s important for kids to be able to look and see and say, ‘Hey, there’s somebody here of commonality with me, and it didn’t stop them from achieving things.’”

His announcement spurred a strong public response, including support from figures such as Mark Zuckerberg and Bill Clinton.

Inspired by @tim_cook: “Life’s most persistent & urgent question is ‘What are you doing for others?’" http://t.co/wjzW5QPxqY via @BW

Not all the feedback Cook has received, of course, has been positive. According to Cook, he has had to learn not to take criticism to heart.

“The world is very noisy, and we’ve gotten into an environment where if you do anything, you will be criticized,” Cook said. “Unfortunately too many people, because of that, do not make it.”

When asked for a piece of advice for graduating seniors, Cook was quick to answer.

“I think it’s to find your North Star,” Cook said. “Find the thing that is your gravitational pull. And don’t compromise on it. Never walk over the line of your values. Believe what you believe and stick to that course.”