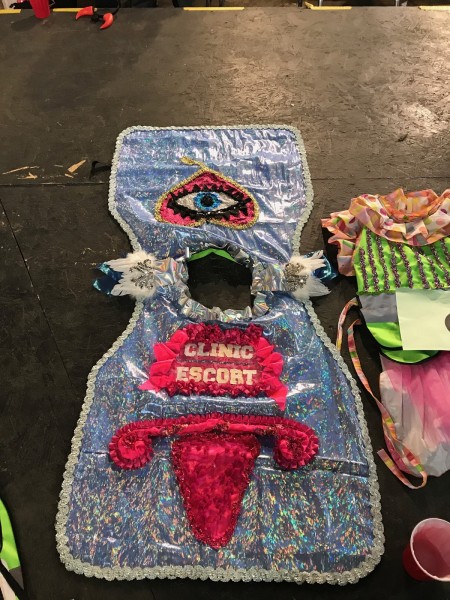 Over the summer, changes to women’s and transgender people’s rights were happening in New Orleans and throughout Louisiana. This past state legislative, running from April through June, saw the passage of the Fetal Heartbeat bill as well as debate over the sales tax on diapers and tampons and the Louisiana Family and Medical Leave Benefits Act, among others.

Louisiana’s Fetal Heartbeat abortion ban, signed into law by Governor John Bel Edwards, states: “It shall be unlawful for any person to knowingly perform an abortion with the specific intent of causing or abetting the termination of the life of an unborn human being when a fetal heartbeat has been detected.”

Democratic Sen. J.P. Morrell proposed removing the diaper and tampon sales tax which categorizes these essential products as luxury items to be taxed at 4.45%. This proposed change, however, is still “pending in conference.” This means it has neither been approved nor disapproved yet.

The Louisiana Family and Medical Leave Benefits Act, also proposed by Sen. Morrell, would provide working families not only with family leave, but also with paid medical leave. The current bill that covers family leave is the Family and Medical Leave Act, which provides families with 12 weeks of unpaid leave per year. Sen. Morrell’s bill, however, failed to pass in the Senate Finance Committee.

There are many opportunities at Tulane to get involved with advocacy for women’s and trans people’s rights in New Orleans. These include internships through the Newcomb Institute as well as classes on campus that including service-learning components involving work with the New Orleans Abortion Fund.

Raven Ancar, a sophomore, applied for an internship through the Newcomb Institute and was paired with an organization called Lift Louisiana, a nonprofit that works to “educate, advocate, and litigate” for changes in Louisiana policy they believe to be essential for the wellbeing of women and their families in this state.

Chloe Weinstein, also a sophomore, took a class called “Reproductive Health in the U.S.” her freshman year with a service-learning component involving working with NOAF and even visiting the Women’s Health Care Center near Tulane’s campus. She also attended an event hosted by NOAF called “Say Yes to the Vest: Clinic Escort Fashion Show.” A clinic escort is a person who supports and accompanies people seeking to access reproductive heath clinics safely and confidentially.

For Tulane students who may not be able to commit to an internship or a class, Ancar reminds the student body to vote, be educated and stay informed.