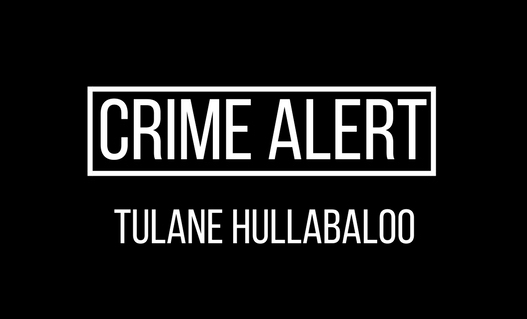 An off-campus sexual assault was reported by a non-Tulane affiliated student at approximately 2:30 a.m. on Thursday, Sep. 5. The victim reported that she was approached at The Boot Bar and Grill by an unknown male subject, brought to an unknown location and sexually assaulted, according to Tulane University Police Department.

The victim woke up with injuries on the railroad tracks by the corner of S. Carrollton Avenue and Leake Avenue. TUPD was informed of a similar sexual assault case on Saturday, Aug. 24, where the victim was also approached at The Boot.

The New Orleans Police Department is working with TUPD and Loyola University Police department to investigate the incidents.

The Hullabaloo will provide further updates as they become available.

Resources are available for students who are victims of sexual assault. Contact Sexual Assault Peer Hotline and Education’s 24/7 Peer Run Hotline at 504-654-9543 if you are in need of help.

Tulane Emergency Medical Services can be reached at 504-865-5911. TEMS is a free, student-run services that is prepared to help students in need. In addition, Tulane University Police Department can be reached at (504) 865-5381.

You can also reach out to Case Management and Victim Support Services at 504-314-2160 who can offer support and help you file a report.