Why is our frisbee team better at addressing racism than our university? 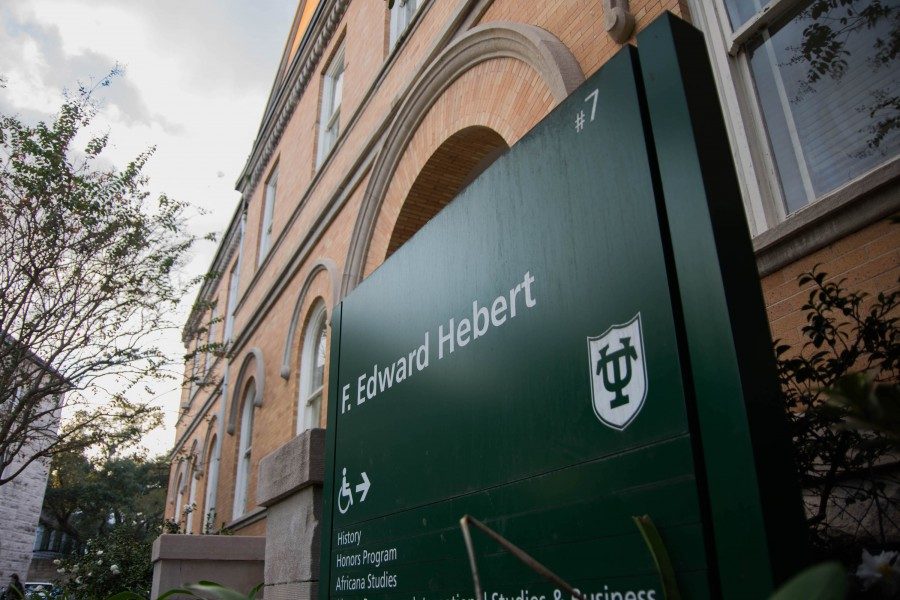 When presented with two institutions — one, a centuries-old university serving thousands of students and the other, a club sports team —  it would make sense that the university would be quicker to think critically, address its history and confront racism. One would think.

This month, Tulane Ultimate Frisbee announced a change to its name, disavowing the Krewe of  Rex for its history of racism and privilege. The team’s co-captain, Sam Butler, took to our op-ed section to eloquently announce the decision.

“To us [the Rex name] represented a spirit of hustle, camaraderie and hard work,” Butler wrote. “But just because it has meaning to our team doesn’t mean it’s dissociated from the privileged, racist krewe that is Rex.”

Articulate and thoughtful, Tulane Ultimate Frisbee’s decision was a welcome surprise. Yet it raises the question: When will our university administration emulate the frisbee team’s maturity and follow suit?

In 2017, the university was presented with an Undergraduate Student Government resolution calling on the administration to change F. Edward Hebert Hall’s name. The building, which houses the history and Africana Studies departments among others, is named for a noted segregationist, F. Edward Hebert.

Hebert, a Tulane graduate and The Hullabaloo’s own first sports editor, remains the longest-serving House representative. Once a celebrated figure, his legacy no longer deserves commemoration on our campus.

In his 18 consecutive terms in Congress, Hebert bitterly opposed civil rights. He was also a signatory of the Southern Manifesto which opposed the Supreme Court’s ruling in Brown v. Board of Education and assailed school integration.

Reckoning with our history and removing his name is crucial to creating an inclusive campus environment.

But you also had Rep. F. Edward Hebert: “This should be a lesson to avoid violence. I’m not surprised… King preached violence under the guise of nonviolence. And when you play with fire you get burned. What amazes me is that people were amazed by the assassination.”

— Jarvis DeBerry (@jarvisdeberry) April 4, 2019
How can African Americans walk comfortably on our campus under the watchful gaze of Hebert and his vile legacy? How can students expect to appreciate and understand Africana studies in a building named for a man who thought Black people did not deserve the same rights as whites?

The effort to rename Hebert began with then-USG members Sonali Chadha, Juharah Worku and Shahamat Uddin, who now serves as one of The Hullabaloo’s Intersections editors. They found inspiration in other universities like Georgetown and Rutgers and the activism of Take ‘Em Down NOLA, a group which called for the removal of the city’s Confederate monuments.

Their resolution was taken up by USG and so, by extension, the student body which elected them. Why has the university still failed to act?

“F. Edward Hebert Hall was named in 1979 through a gift from the family of the longtime Louisiana congressman,” Executive Director of Public Relations Mike Strecker said. “The gift agreement requires that the building remain F. Edward Hebert Hall in perpetuity and that any replacement building bear the same name.”

“While the agreement doesn’t allow us to change the name of the building, this semester, Tulane is kicking off a long-term effort to honor the lasting impact individuals from diverse backgrounds have made to Tulane,” Strecker said.

These initiatives include renaming Willow Residences after the first black undergraduates to earn degrees from H. Sophie Newcomb Memorial College and Tulane and dedicating a new space for the Office of Multicultural Affairs and the Office of Gender and Sexual Diversity named for Carolyn Barber-Pierre.

Though both recognitions are deserved, they do little to address the problem at hand. USG proposed that Hebert, not the complex formerly known as Willow, be renamed for Dr. Deidre Dumas Labat and Reynold T. Décou Sr. Of all the buildings and designations on campus, Willow Residence Hall needed the least attention.

Strecker added that the administration is committed to making “our university a more racially-diverse, inclusive and supportive community.”

Here is a prime opportunity. Tulane’s ultimate frisbee team is throwing the administration a pass. Engage in genuine self-reflection, and the campus community will certainly be waiting to cheer on in the bleachers.