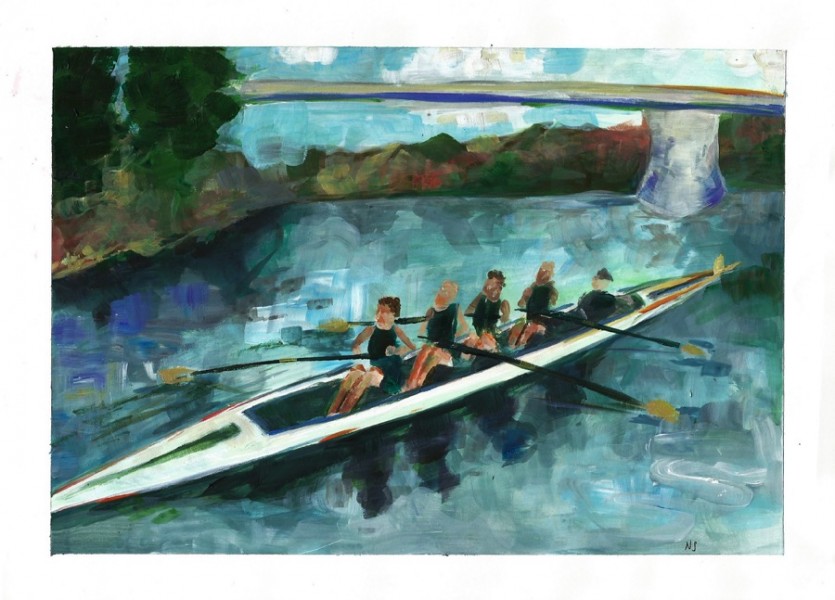 Before the invention of the steam engine, rowing existed for millennia as a strenuous, physically demanding sport in which ships were sailed around the world. Through its rigorous training schedule, Tulane’s club rowing team carries on this ancient tradition to conquer the Mississippi River in the modern day.

Although it began in 1985, the club had plenty of success in a relatively short period of time. The team has already won three national titles and seen several of its rowers qualify for the World University Games, a prestigious collegiate competition.

In addition to their successes with Tulane Rowing, crew members have qualified for the United States National Team and competed abroad. One former Tulane rower, Raoul Rodriguez, won a silver medal for the U.S. in the 1988 Olympics.

The current members of the crew intend to build on these past successes, training diligently on and off the water. Whether they are on the Industrial Canal off the Mississippi dodging barges and ships or in their training room at the Reily Student Recreation Center, the students are consistently working at their craft.

With rowing being one of the more time-consuming club sports on campus, President/Commodore Anton Kral, a junior, admits that managing busy schedules can be tough for students.

Though the team trains frequently during the fall, it competes most often during the spring. Highlights include the SIRA Regatta in Oak Ridge, Tennessee, and trips to Georgia for the national championships.

While the club does focus on competing, it also serves as a home for students to enjoy themselves and make friends. No one is cut from the team, and sophomore captain Brendan Chase said he enjoys the community and the experiences rowing offers.

The opportunity for students to push themselves and form lasting relationships is what club sports are all about, and the experience offered by Tulane’s club rowing crew exemplifies all these aspects. Crew members look forward to another successful and enjoyable season for the Green Wave men’s rowing team this spring.