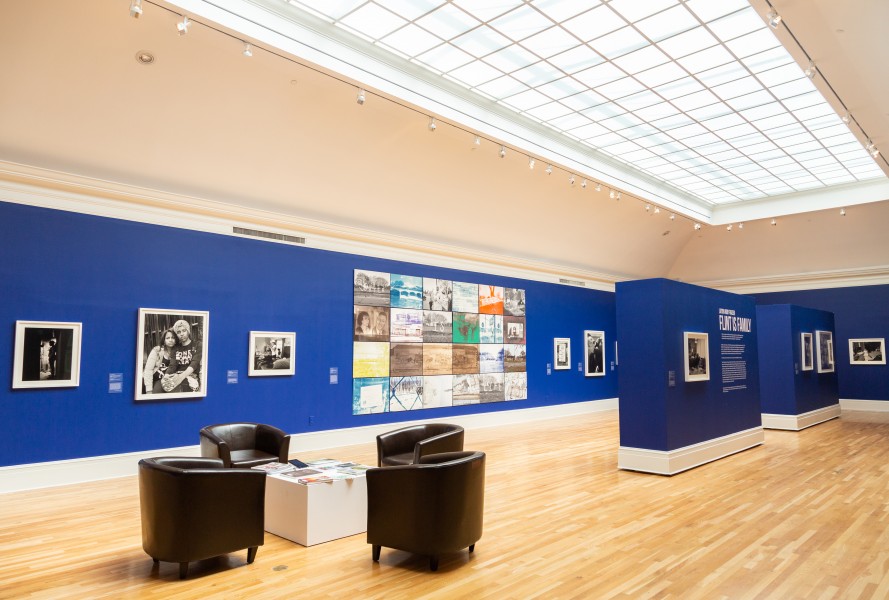 Museums are often considered places of grand spectacle, allure and wonder. A maestro’s brushstroke can reduce a viewer to the most basic of emotions, and many museums pride themselves on this quality. However, not every exhibition must fit this mold to make a statement. Stories just as powerful as these can be told with nothing more than film, a camera and a human face.

This is the core argument made by Newcomb Art Museum in LaToya Ruby Frazier’s photography exhibit, “Flint is Family,” which opened its doors to the public earlier this month. In this four-room exhibition, Frazier joins forces with artists of all mediums to highlight the often-overlooked environmental forces of oppression faced by people of color in the United States. Drawing parallels between the disastrous Flint, Michigan water crisis and New Orleans’ Gordon Plaza, the exhibit offers a space for all to reflect on the deeper implications of race, poverty and injustice in America.

The undisputed star of the show is Fraziers’ photographs, which line the grand chamber. Arriving in Flint in 2016 — two years after the beginning of the crisis — her images capture the lives of three generations of women in the Cobb family. Shot primarily on black and white film, each image captures parts of the family’s life. It is only after the second or third photograph, however, that the enormous talent of Fraziers’ eye shines through. Even in the photographs where a bottle of imported, filtered water is not macabrely present, there is a coldness to the scenes she showcases. She commands the viewer to see the frustration of Flint through its faces and buildings, which both stare into the camera with the resolve of survivors, unamused. Survivorship is another matter that Frazier is unafraid to address. Though her subjects are struggling, she refuses to portray them as helpless or inferior. In this way, Fraziers’ empowerment of these voices makes them louder than ever before. Her subjects are hard workers, nurturers and artists – she is determined to show the beauty of those trapped in Flint, instead of only the pain.

Blanketing each side of Fraziers’ work is the companion piece of “Flint is Family,” the exhibit “The American Dream Denied: The New Orleans Residents of Gordon Plaza Seek Relocation.” Using film, sculpture, collage and environment, the rooms detail the story of the residents of Gordon Plaza. The site of a former New Orleans landfill, residents of Gordon Plaza are at an incredibly high risk of developing cancerous growths from underground waste. The exhibit documents the long, unfinished fight for relocation, and the implications its stories have on the city and the nation. The most powerful of these implications came in the form of a simple, unassuming row of jars. Each jar, filled with soil collected from the city, was marked with a name, and the phrase “died from cancer caused by toxic soil – RIP.”

“Flint is Family” is not art for pleasure’s sake. It is a haunting reminder and a demand that the voices of fellow Americans do not go ignored. In doing so, Frazier has crafted a masterclass example of photographic tone and story, that is as thoroughly engrossing as it is isolating. When discussing her motivations for the project, the photographer said it simply: “When I encounter an individual or family facing inequality, I create visibility through images and story-telling to expose the violation of their rights.”