DNC must increase its support for College Democrats across the country 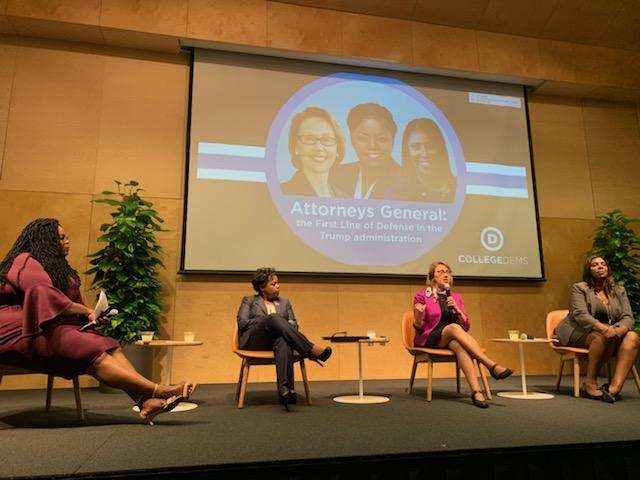 Jackson Faulkner is the Development Director of the College Democrats of Louisiana. 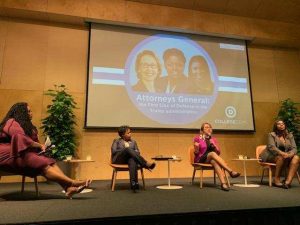 Democratic firebrands lit up a packed Qatar Ballroom last Saturday night, as the College Democrats of America held a dinner in honor of Shirley Chisholm. Former Georgia State Representative Stacey Abrams, U.S. Representative Maxine Waters and the host of speakers present at the dinner spoke of the need for youth and college leadership in the current struggle.

One speaker even urged the assemblage to repeat the maxim “The future is in my hands” no less than six times.

Constitutionally, the College Democrats of America are founded on this principle of engaging and representing college students within the Democratic Party and the democratic process. Far too often, however, these principles have taken a backseat as a seemingly uninterested national party effectively divests from its foundational youth wing.

While the College Democrats are officially a subdivision of the Democratic National Committee, it was not until last year that funding was even guaranteed by the national party.

Apart from winter and summer conventions, where most College Democrats are also expected to provide an entrance fee and secure their own travel and expenditures aside from lodging, most resources provided directly by the DNC are rarely, if ever, seen by state federations and school chapters. Funding and support for members to pursue internships, jobs and volunteer roles within Democratic organizations and campaigns is lacking within the current College Democrats of America.

This is not to say that College Democrats have forgotten their mission or purpose. College Democrats in campus and statewide chapters have organized and forged strong, united and vocal organizations that support, represent and advance the interests of their members.

These Democrats have fought for their voices to be heard in every state in the nation, including here in Louisiana. These Democrats have knocked doors, raised money, held rallies and worked tirelessly for Democratic values without the proper backing they should have been afforded.

It is a badly kept secret among many leaders and members of the College Democrats that the organization is on its own. Indeed, a key platform of many newly elected national officers has been to secure basic resources and representation within the DNC structure, while other engaged and active leaders of state federations shun running for national office, instead focusing their efforts on local organizing.

This national apathy has led to serious consequences for student and youth participation in Democratic politics on college campuses throughout the nation. While colleges have long been understood as bastions of liberal organizing and engagement, the current climate has been intensely challenged by well-funded and radical conservative groups.

The power of funding and engagement on college campuses has not been lost on organizations such as Turning Point USA, which has reached deep into coffers and donor networks to create an astroturfed student movement that has successfully brought divisive and hateful campaigns into national college life, including here at Tulane.

As more students and young voters turn away from traditional Democratic politicians and structures and into issue-centric activist groups, and as conservative student groups gain power, the national party must come to recognize and engage with the crisis on its hands.

Thanks to @collegedemsla for gathering community leaders, along with hundreds of students for their welcome reception. Democrats are competing everywhere, and I was honored for the invite. #CDANOLA pic.twitter.com/QtHb7ZbDMx

In place of DNC support, College Democrats have found piecemeal partners in individual campaigns, organizations and special interests groups. The College Democrats of Louisiana, of which I am an executive member, has successfully partnered with the Democratic Party of Louisiana, raising funds, connecting with campaigns and seeking to expand membership outside of traditionally represented colleges and universities.

But most state federations and chapters lack this state party support. In place of official assistance from party structures, some candidates such as Abrams have successfully engaged with young Democrats, hiring, as she noted in her speech, college students to important positions in her campaign, fully funding their salaries and benefits.

When the DNC seeks electoral victory this fall and in the upcoming presidential election, and as Democrats across the nation fret about which voters to turnout and engage, the national infrastructure must look to the organized, motivated and passionate College Democrats who are seeking support and are critically isolated.

The DNC should take note from the example that Waters and Abrams set, both in their speeches and in their respect for College Democrats, not only as voters, but as constituents, employees and as leaders.

Democrats have the power to revitalize student organizing and participation, but the question remains: do we have the political will to do so?