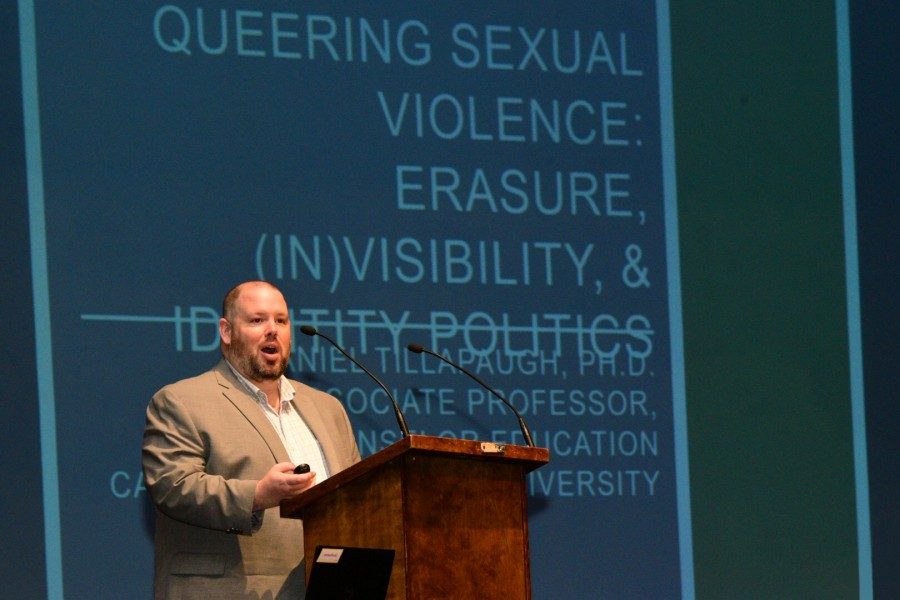 Courtesy of Cheryl Gerber and University Communications and Marketing

“In particular with LGBTQ+ students, 33% reported being a victim of an attempted rape, and 31% reported being raped by a sexually violent perpatrator. I think it’s important to understand that’s pretty significant,” Dan Tillapaugh said.

Tillapaugh conducts research on intersectional issues and social contexts of higher education, one being sexual misconduct in the LGBTQ+ community.

Over the past year, he has collected data on sexual violence and misconduct occurring in LGBTQ+ communities at Tulane and compiled a report for the Wave of Change Tulane Task Force.

“It’s very clear from the report from the original climate survey … that there isn’t a lot of context in terms of what was happening with the violence that was being experienced … Because the survey was primarily done quantitatively, they wanted to hear directly from the narratives of students and hear their voices and hear their perceptions of sexual violence within the LGBTQ+ community as well as their experiences with sexual violence,” Tillapaugh said.

Data was collected over the course of five days, both in December 2018 and March 2019, after Mardi Gras. LGBTQ+ students shed light on their community on Tulane’s campus, including their views on interpersonal violence in relationships and the confusion about consent education. 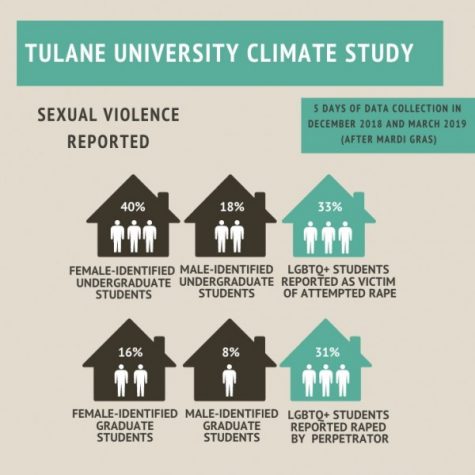 “Tulane, especially on the administration side, does a lot about bystander intervention. But the ways they frame it are problematic because if you see two girls leaving the bar together, and one’s stumbling, not everyone will note that’s a potential problem about sexual assault,” one student from the survey said.

The findings also included queer male- and female-identifying students’ views of how their peers treat them.

Female-identifying students contributing their experiences to the study described a fetishizing and objectifying culture on campus.

Queer men also reported sexual harrasment from peers and intimate partner violence among queer men. According to Tillapaugh, partner violence within the LGBTQ+ community may be perpetuated partly by lack of sexual education in the context of LGBTQ+ issues.

“They think, oh, this is what’s normal within the [LGBTQ+] community. It goes to the loop of power and control and sort of coercion, but that’s sort of what they’ve been taught and affirmed by other people. So that’s the ambiguity that exists of not realizing that [sexual misconduct] was wrong.” Tillapaugh said.

Shifting the Paradigm, which provides students the opportunity to learn about campus sexual misconduct data, held its fifth annual event on Sept. 11. The results from the 2017-18 climate survey were compared to the Tillapaugh’s study conducted in the 2018-19 academic year. Meredith Smith, assistant provost for Title IX and clery compliance, presented the comparisons. 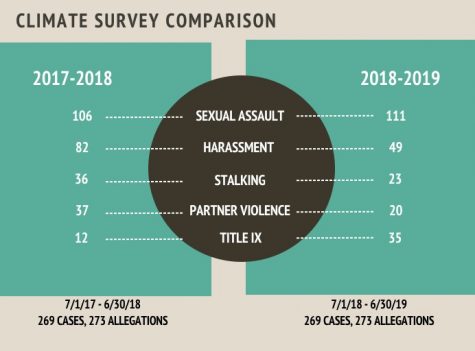 “You might be wondering, ‘Why are our numbers down?’ That was my first question, too,” Smith said. “In talking with a couple sexual violence researchers about our climate survey as well as our director of institutional research, what’s becoming more clear is that this isn’t necessarily that we’re down this year, it’s that’s 2017-18 was a spike year … We saw reportings leap up across the board that year, so we’re putting into context how profound the effect of the climate survey was on this campus when it came to reporting.”

Between the two climate surveys, the number of sexual assaults increased from 106 to 111.

“Here’s an interesting number. 60% of these reported results took place within the ‘18-19 academic year. Last year it was 70%. Before that, only 40% of the cases that were reported to us actually happened within that academic year, so we’re seeing people reporting to us a lot sooner than they used to. More people feel they can come forward and get resources a lot sooner. That is a really positive number for us to see,” Smith said.

Title IX incidents also increased, but this also may be due to more reporting rather than an increase in misconduct in this area.