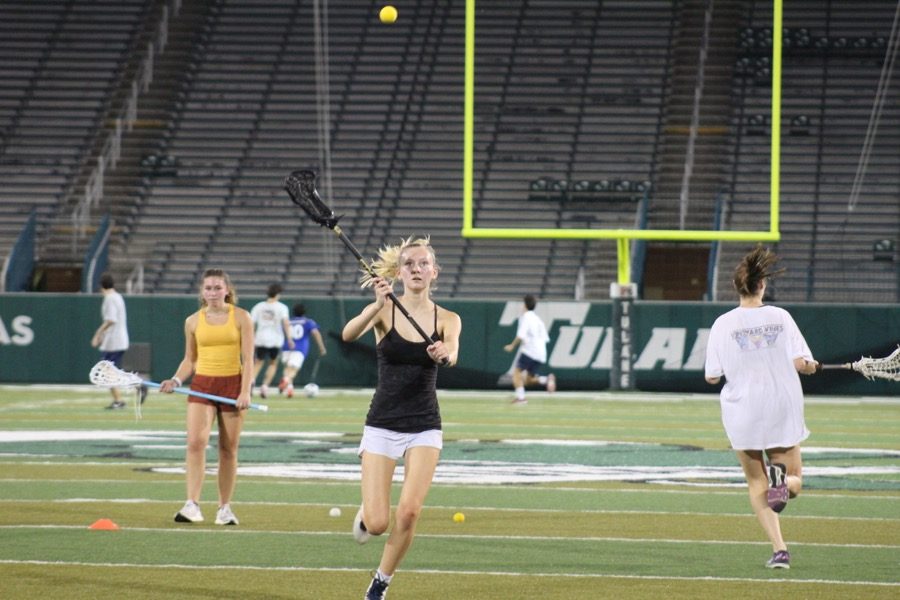 As the sun sets over Yulman Stadium, the women’s club lacrosse team begins its first scrimmage of the evening. Here, women of varying skill levels cradle, cut and clear their way to victory, both for the love of the sport and to replicate their 2018 Texas Women’s Lacrosse League championship victory.

In addition to its Yulman practices held twice a week in the fall, the team travels to and hosts several exhibitions throughout the fall semester. Once the spring semester starts, the team holds practices three times a week and intensifies its preparation for the TWLL championship.

Despite the competitive spirit of this club, there is no tryout process and no one is cut from the team. Because of the team’s club status, however, prospective players are expected to buy their own equipment, which can cost upwards of $100.

New members are also expected to pick up on lacrosse drills and technique fairly quickly, as the club does not dedicate much time to explaining lacrosse fundamentals. 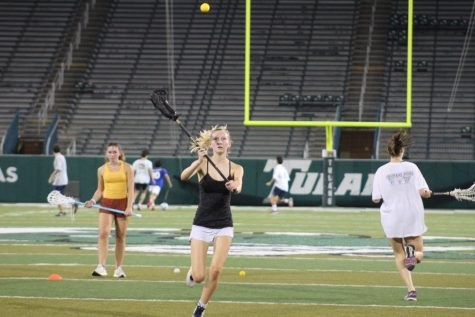 Still, co-president Delaney Turton encourages anyone interested to attend one of the team’s practices and keep an open mind.

“We’ll do our best to help you and set you up with people to play catch with on the side and get comfortable with it.” Turton said. “It’s definitely something where you would have to work outside to find someone to play catch with to get used to it.”

The team also does not have an outside coach. Instead, two students serve as coach-presidents for the team. Although the club’s environment is accordingly more casual, that has not lowered the team’s level of performance.

A top-three finish is certainly in order this spring, but for now, the team is focused on its upcoming trip to Nashville, Tennessee, where it will play Vanderbilt on Oct. 5. The team is currently working with its LSU counterparts to set up a home game sometime in November.

Those interested in joining the team can attend its practices, held on Monday and Wednesday from 7:30-9 p.m. on Benson Field at Yulman Stadium.