Bi and By: A look into bisexual visibility 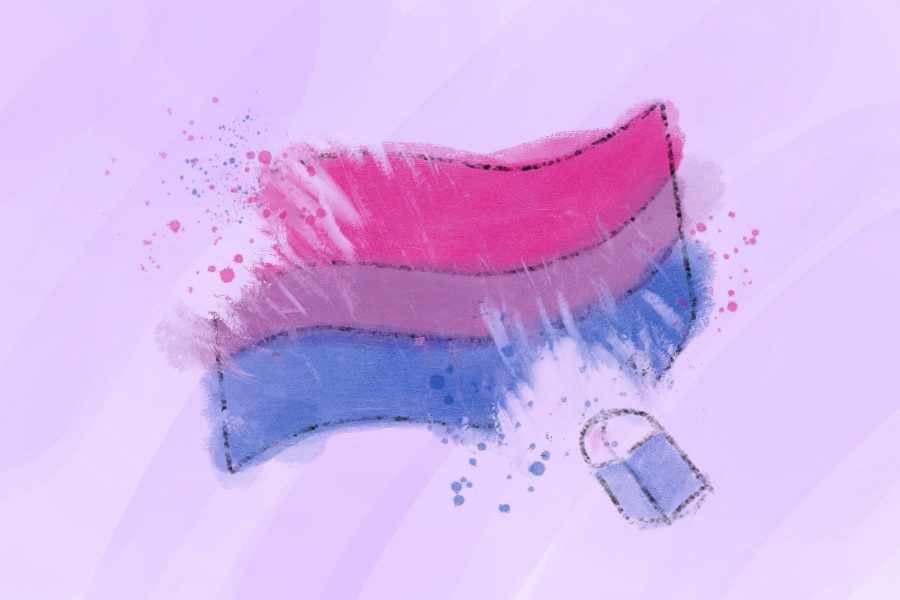 People view bisexuality differently depending on who they are. Many see bisexuality as a phase or, as the famous television series “Sex in the City” put it, a “layover on the way to Gaytown.” But bisexuality and other sexual orientations have many layers and extend beyond the people you choose to sleep with.

As a bisexual woman, I have struggled to define who I am and what bisexuality means for me. It is hard to define your own sexuality when others are constantly saying it does not exist and that you are just lying because you cannot make up your mind. 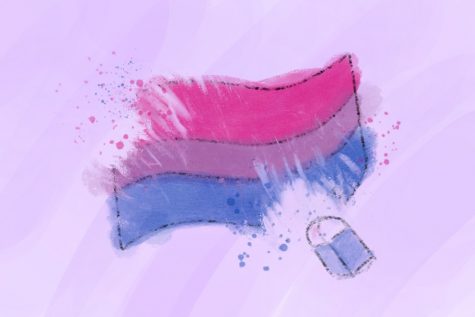 To some, this just means bisexual people have a problem choosing. But people who aren’t bisexual+ have problems choosing their significant others all the time. Choosing who you are attracted to and who you love is always hit or miss, no matter your sexuality.

There is generally a stigma surrounding those who identify themselves as bisexual. Many people will not date bisexuals, assuming that they are simply experimenting or are not really serious about being in a committed relationship.

Some also assume that bisexuals have to be in a polyamorous relationship to be happy or are sex-crazed simply because they like more than one gender. In a 2014 New York Times article, Brad S. Kane, a board member for the American Institute of Bisexuality, explained why he is involved with the group: “[Bisexuals] are misunderstood. They’re ignored. They’re mocked. Even within the gay community, I cannot tell you how many people have told me, ‘Oh, I wouldn’t date a bisexual.’ Or, ‘Bisexuals aren’t real.’ There’s this idea … that guys who say they’re bisexual are lying, on their way to being gay, or just kind of unserious and unfocused.”

Since bisexuality can mean different things to different people, I wanted to ask a variety of people in the LGBTQ+ community what bisexuality means to them and whether they would consider dating someone who is bisexual+. I believe their descriptions can help us understand how different people view bisexuality.

Claire Hudson (she/her/hers), a Tulane sophomore who identifies as pansexual, said she thinks of bisexuality+ as “not really taking into account someone’s gender identity as a prerequisite for dating. Many terms move within this umbrella term and are not necessarily expressed in the same way for everyone who identifies with them.”

Benton Meldrum (he/him/his), a Tulane junior who identifies as gay, described his understanding of bisexuality+, saying “It is more confusing for people with a traditional mindset to understand bisexuality because it requires that people view sexuality as a spectrum. For too long, people have believed that sexuality is an ‘either/or,’ not an ‘and.’ People who are fluid, pansexual and bicurious are also valid in their sexualities. These people really understand the fluidity of sexual orientation and recognize the spectrum.”

Rachel Landis (she/her/hers), a Tulane freshman who identifies as bisexual, said on the subject of dating someone bisexual+ that she “would absolutely consider dating a bisexual+ person, or even seek it out, as they more closely know and can relate to the struggles of having your identity questioned within a relationship. Being too gay or too straight passing would be less of a concern, as another bisexual+ individual would know that the person I happen to be with at the time doesn’t invalidate the fact of my bisexuality.”

A lesbian Tulane student who preferred to remain anonymous, on the subject of dating a bisexual+ person, said “If someone likes me, they like me, period. Just because a girl is bi and dating me does not mean she will run off with a man, because she is dating me for a reason and that is that she likes me and is attracted to me. People are more than their identity, and closing the door to a huge portion of the queer community because of biphobia and transphobia is gross, to say the least.”

The bisexuality flag has a magenta strip at the top which represents same-sex attraction, a royal blue stripe at the bottom to represent opposite-sex attraction and a lavender stripe in the middle — where the two outside colors come together to make one central color — to show attraction to more than just one side. While the flag was originally colored to reflect only these aspects, bisexuality+ means so much more today. There is no one-size-fits-all for bisexuality, and understanding that is the first step to being more open to people who are different than you.