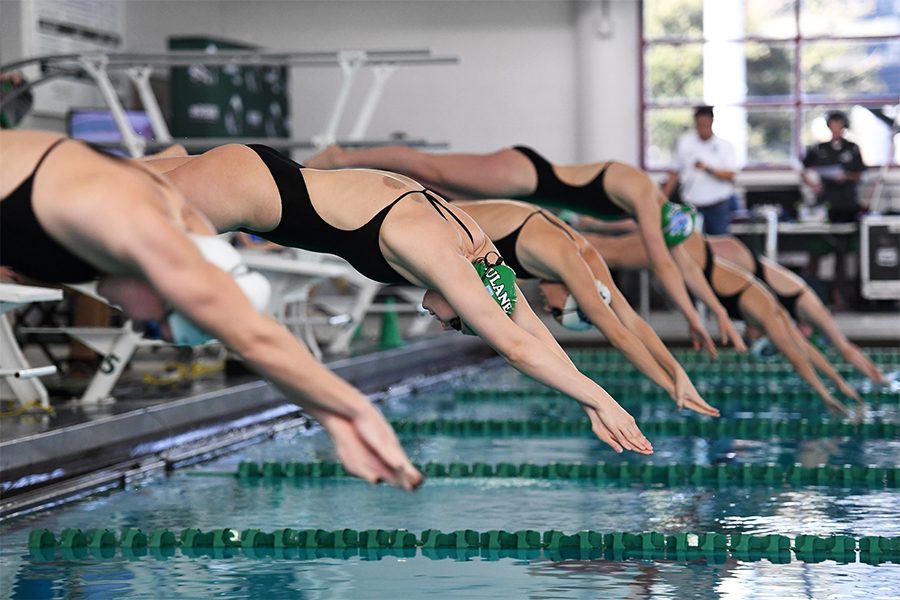 The Green Wave swim and dive team will splash into the 2019-20 season with high prospects and a new face. Head coach Leah Stancil recently named John Sirmon as the team’s dedicated diving coach.

Sirmon was also a head diving coach at Hoover Dive Club in Hoover, Alabama, from 2014-16. Before that, he was the diving coach at Birmingham-Southern College, where, under his tutelage, the team set every single school diving record.

Along with the announcement of this new hire, the team revealed its 2019-20 season schedule over the summer. This year, the Green Wave will compete in eight regular season meets before traveling to Houston for the American Athletic Conference Championships on Feb. 19-22.

Tulane will open at in-state rival LSU on Sept. 28. Last year, the Tigers crushed the Green Wave 108-187, so the Green Wave will be looking for redemption at this meet.

The team will travel quite a bit this season, with trips scheduled to Houston, Miami, Atlanta, Fort Myers, Pensacola and finally back home against Southern Methodist University at the Reily Student Recreation Center.

Despite its busy schedule last season, however, the Green Wave swimming and diving team was honored by the College Swimming and Diving Coaches Association of America for its academic excellence. During the spring semester, the team logged a whopping team-wide GPA of 3.51.

Stancil recognizes this achievement and applauded her team in a press release for its ability to balance academic excellence with athletic excellence.

“To be able to balance the high academic standards at Tulane and compete at a high level in competition is a testament to our student-athletes’ work ethic and drive to be the best,” Stancil said. “I could not be more proud of their commitment to our program and the academic standard they have set.”

Following a season in which the Green Wave reaches the AAC championships, the program hopes to be competing in the College Swimming and Diving Coaches Association of America National Invitational and NCAA championships, which will take place March 12-14 and March 18-21, respectively.