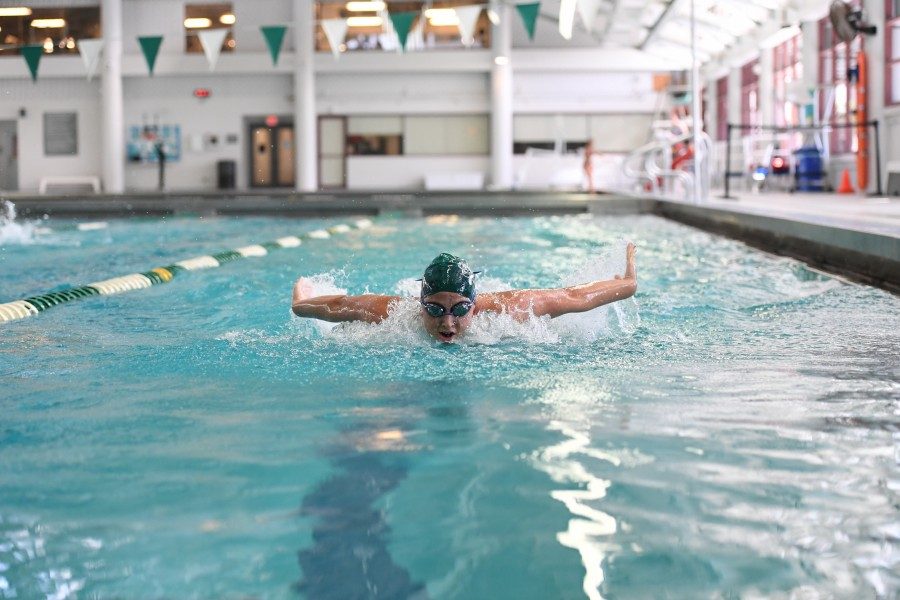 The Tulane women's swimming and diving team heads to North Miami, Florida, for its next meet Oct. 18-19.

After a fourth-place finish at last year’s American Athletic Conference Championships, the Tulane women’s swimming and diving team is seeking to repeat last year’s success with aspirations to secure a medal at this year’s competition. But first, the team faces a rigorous season ahead.

The Green Wave, led by head coach Leah Stancil, kicked off its fall campaign at a meet with the LSU Tigers. Despite the unfortunate 192-105 defeat, impressive individual performances made it clear that Tulane will be able duke it out with AAC blue bloods, particularly the three-time defending conference champion Houston Cougars.

Notable performances include junior Kate McDonald, who finished first in the 100 and 200 breaststroke; senior captain and 2020 Olympic trials qualifier Olivia Johnson, who won the 1000 freestyle; and Lilly Bryne, the dominant freshman who capped off her collegiate debut with a victory in the 500 freestyle.

Building on this momentum, the Green Wave headed to Houston for its second meet of the season. While at times Tulane showed flashes of excellence, Houston emerged victorious, winning by a margin of 183-117. Another strong performance by McDonald, as well as contributions from sophomore Noa Heron in the 1650 freestyle and graduate student Valentina Gomez in the 200 butterfly, demonstrated that the Green Wave can rely on a variety of swimmers to help carry the workload and earn Tulane some much-needed wins as the season progresses.

The team is also adapting to its new diving coach, John Sirmon, so divers should find their rhythm as they have more practices and become accustomed to their new shot-caller.

Stancil has been keen to point out that the team’s freshmen have made their impact on the team felt right away, as they have taken on the responsibility level of their upperclassmen teammates. If the Green Wave can string together a few victories, it should be able to make some serious noise come March.

The swimming and diving team’s next meet is a four-way matchup, dubbed the Dual-A-Palooza, with Florida International University, Rice University and the University of Denver, taking place Oct. 18-19 in North Miami, Florida.