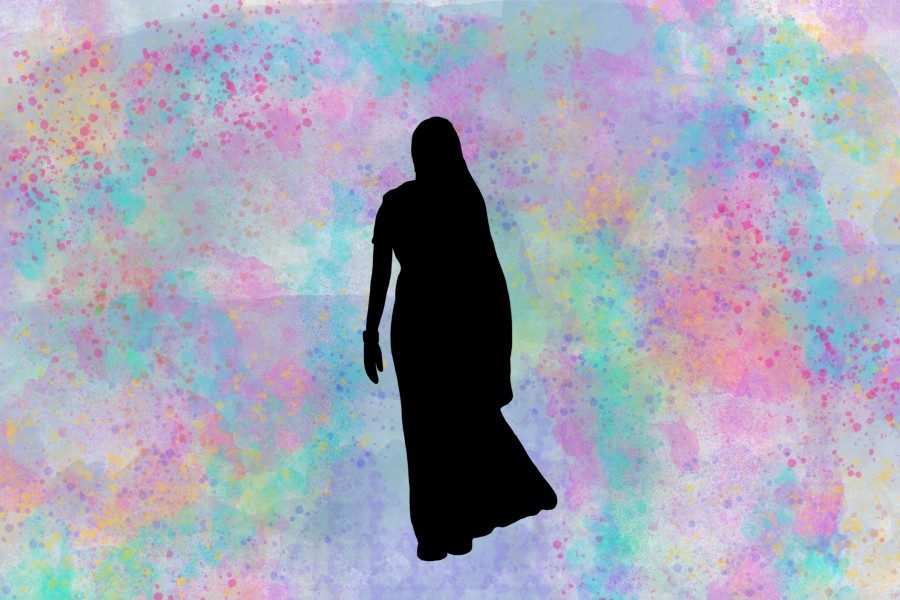 Sunshine yellows, blushing bright pinks, electric blues and cool emerald greens shower the atmosphere as celebrators of Holi sprint towards each other with fists of color in hand. With the end of winter and the coming of spring, the traditional Indian holiday is celebrated in full color, boasting the triumph of good over evil.

This celebration has found a home at Tulane for well over nine years. Thanks to the India Association of Tulane University, the Tulane community is invited to celebrate the culturally rich holiday every single year. This year, however, a strikingly similar event is planned for Friday, Nov. 1.

As part of Homecoming celebrations, the Reily Student Recreation Center and Tulane Homecoming have partnered to host the “McAlister Color Fun Run/Walk”. Participants are expected to begin the run “dressed in bright white and finish the race plastered in shades of blue and green.” The event takes after similar events throughout America such as The Color Run and The Color Vibe.

The earliest Indian celebrations of Holi date as far back as the fourth century and “color runs” across America and Europe have only begun to appear since 2011. In 2011, two European men returned to London after a trip to northern India and in London, registered a trademarked event, “the Holi Festival of Colours.”

Now, in 2019, The Color Run corporation has a trademarked brand, prohibiting other organizations from imitating its programming, branding and marketing. As of 2014, The Color Run corporation amassed $9.25 million from its events. Holi is mentioned once on the Color Run’s website and is listed as the fifth source of “inspiration” for the corporations’ events. All known to the greater South Asian community, that Indians have been celebrating color hundreds and hundreds of centuries prior.

“Holi, a festival dear to our identity, is being taken out of context and being used for another purpose that does not acknowledge its origin,” senior Nithya Vemula said. “At color runs, people tend not to know where this culture comes from and its influence on the event”

IATU’s record over nine years of planning and executing a Holi celebration for the entire Tulane community shows there is no lack of colorful celebrations at Tulane.

And the critique of color runs unconnected to Holi celebrations is not a new one.

“The Color Run is a fun way to … get showered in colored powder so you don’t have to deal with all the annoying culture of going to an actual Holi celebration,” Nadya Agrawal of Brown Girl Magazine wrote.

Color runs give people the opportunity to enjoy the rich spoils of being painted in color, post a cute picture on Instagram and not have to ever learn or invest in the history of a culture that is not theirs.

“By having a color run, it takes away from us being able to share Holi properly,” Vemula said. “The color run deprives me of the chance to show the true way to celebrate Holi, and instead people see Holi being associated with the color run.”

“I worry that with having the color run in the fall and Holi in the spring, people might associate Holi as just another color run, which ultimately dilutes the meaning of this event.”

Holi’s significance reaches much further than just color. It is a childhood memory, a point of national pride and a symbol of identity.

“When I lived in India, I would celebrate with my family, relatives, and a big group of friends. We would get together to eat special festival food made by my grandmother, fill up water balloons and prank our cousins, and of course throw color on each other and spend days after scrubbing it off,” senior Isha Gulati remembered.

“When I was younger, I remember feeling lucky to be Indian since we get to celebrate Holi, such a fun and one-of-a-kind festival. Holi to me is unique not only in the way that it is celebrated, but also as it brings together people of all ages to have fun, let loose, and get in the spirit.”

Tulane junior Parshva Vakharia also recounted a feeling of community. He said, “For me, it is a time of happiness and celebration — I really enjoy celebrating Holi with my friends and family every year. Throwing colors is one of my favorite parts.”

Holi: all the fun of Color Run, none of the cultural appropriation pic.twitter.com/Tazz3m1D2N

After South Asian students brought concerns about the McAlister Color Fun Run/Walk to The Hullaballoo, we reached out to Reily Student Recreation Center for comment. However, the news that The Hullabaloo was writing a story led to a change of course.

While the event will still be happening on Friday, Nov. 1, Reily has taken steps to acknowledge the history of Holi before the start of its Color Run.

“The intended purpose of the McAlister 5K Color Run and Second Line is to provide a wellness event during the homecoming celebrations,” Reily told The Hullabaloo after Vemula met with Campus Rec administrators to mediate Indian students’ concerns with the event. “Campus Recreation will give recognition to the Hindu Festival of Colour, Holi, which was an inspiration for the creation of the Color Run.”

The fabric of our cultures is sacred and meaningful. Picking and choosing parts of different cultures for our own use can speak volumes about the respect that people carry for those that are different from them.

The Indian celebration of Holi is a vibrant beautiful event that the Tulane community is lucky to have been invited to celebrate by IATU. The culture and history of the fun is fundamental to the experience. Without it, participants are increasingly likely to slide down the slippery slope that is cultural appropriation.