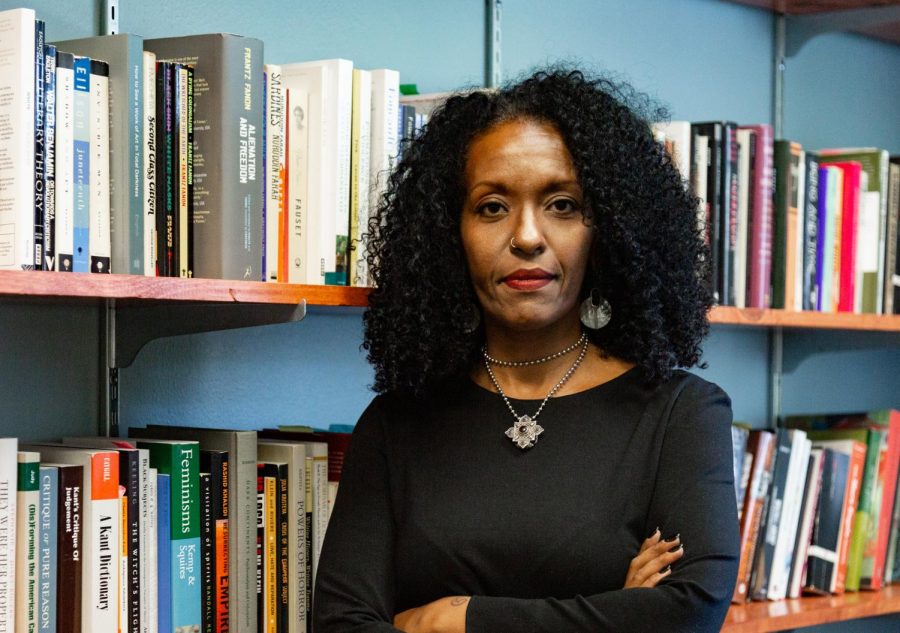 For Selamawit Terrefe, a new addition to Tulane’s English faculty, those words ripple beneath the surface of all she does.

Terrefe studied under Barbara Christian, a scholar who helped bring Morrison’s work to the attention of the literary academy, and now teaches literary theory as well as multiple classes focused on Morrison’s work. Her research and scholarship revolves around the power of language and its ability to aid in understanding inequality, violence and power.

After seven years of political organizing and non-profit work, Terrefe realized she would dedicate her career to this field of study.

When organizing for an anti-military intervention group, she found the group she was working with to be critical of imperialism except during U.S. military operations in Somalia. Terrefe quickly identified anti-Black racism that engendered their decision to support the military intervention.

“I couldn’t support any kind of grassroots or politic endeavor that couldn’t combine critique of U.S. empire with an anti-racist critique in practice as well,” Terrefe said.

After this, Terrefe knew she couldn’t continue as long as people continued to ask the wrong questions. As Terrefe began her academic career in theory, she recalled what one of her past professors had told her: “You can’t really think about power outside of any other discipline than the humanities.”

“I just wanted to pursue questions that I had and through literary study,” Terrefe said.  “…and most of my questions had to do with power and power resistance.”

Coming across theory in her undergraduate and master programs, Terrefe felt the continental philosophy and critical theory she was reading gave her the tools to think about power and violence in a way she had been interested in, but didn’t have the language for. She learned this through the literature of authors like Morrison and Dostoevsky.

“[They answered] questions about meaning, violence and racial politics all embedded in Black experience especially thinking about the Black experience from an outsider perspective, not quite American and seeing things through a meta lens,” Terrefe said.

Terrefe compiled her work in her manuscript, Impossible Blackness, which examines psychoanalytic interventions to anti-Black violence. She then turned to teaching, reflecting on her own time as a student and hoping to inspire undergraduates to ask the right questions.

“I remember what it was like not quite getting to the right question and always feeling dissatisfied at the interpretations that other people had and my interpretations seemed to make more sense in the process of writing,” Terrefe said.

Terrefe has been impressed by her students at Tulane, noting their commitment to think about their own preconceptions.

Both inside and outside of the classroom, Terrefe has made an impact at Tulane. Earlier this month, she moderated an event with journalist Nikole Hannah-Jones, the founder of the 1619 Project to discuss the the quatercentenary of African-American slaves coming to the United States.

So far she is enjoying her time in New Orleans and does not have plans of leaving anytime soon. On top of teaching, Terrefe is currently working on a second project discussing futurism and applying her framework of thought to Europe and Latin America.

Terrefe hopes students walk away from her class knowing they must have a full sense of a problem before creating an effective plan of action.