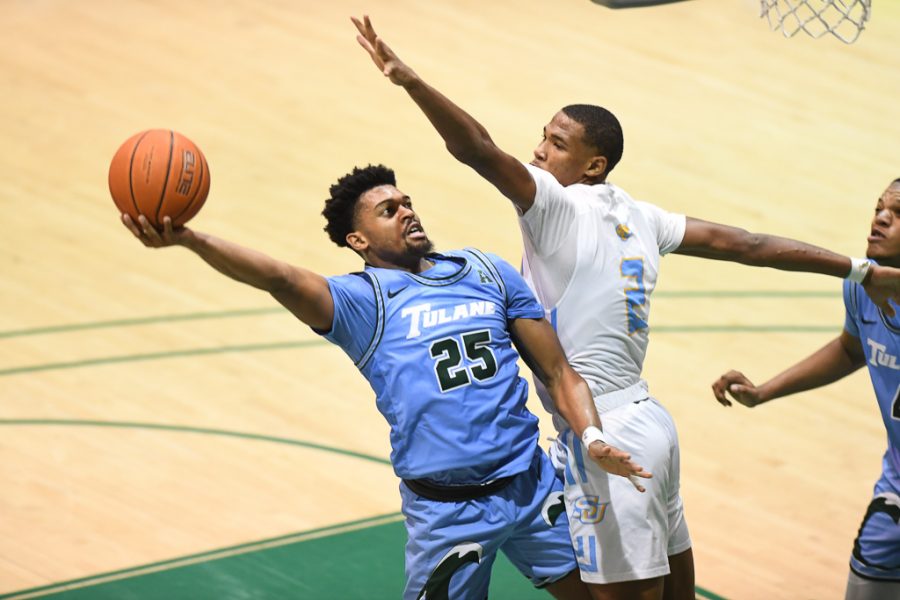 After a convincing 76-55 win in their season opener against Southeastern Louisiana University, the Tulane Men’s Basketball team has gone on to win six more games within a month under the new head coach Ron Hunter.

The team has started their season with a strong 7-1 record against non-conference opponents. This run began with a three-game win streak against Southeastern Louisiana, Jackson State University and Northwestern State University. Besides a loss to Mississippi State, Tulane has remained undefeated in their games since then.

With an average 31.7 minutes per game, Christion Thompson’s presence is a major part of Tulane’s early success. He currently leads the team in rebounds with 6.7 per game. Thompson’s total shot and three-point shot percentages have improved by 12% and 9% since last season, respectively.

Teshaun Hightower has led the team with 17.6 points per game in the team’s first seven games. His best game came against Southern University, where he recorded a season-high 21 points and a 50% three-point shot percentage.

Jordan Walker leads the team with both 3.9 assists and 2.7 steals per game. Along with 10.7 points per game, Walker has been a consistent starting player during his first season playing for Tulane. Walker transferred from Seton Hall University after the 2017-18 season and was redshirted for the 2018-19 season due to NCAA transfer rules.

K.J. Lawson has contributed a solid 16.4 points per game on 54% shooting from the field and 45% from behind the three-point line in his first season playing for Tulane. Another transfer, Lawson finished his last season with Kansas University in the NCAA Tournament. Lawson scored a total of 15 points in Kansas’ two games in the tournament.

Tulane’s basketball next game will be against Southern Mississippi University on Dec. 4. Conference play will begin Dec. 30 against the University of Memphis and will continue through March.