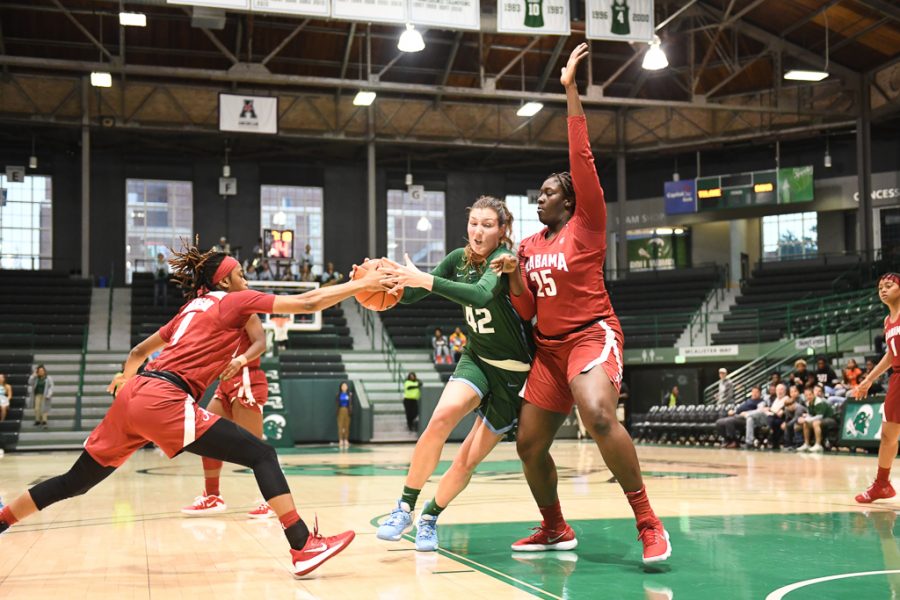 The Tulane women’s basketball team has faced some strong opponents over the first month of the season. After opening the season with a comfortable victory over Jackson State, the Green Wave took on Pacific-12 Conference representative Washington.

In perhaps their biggest win so far this year, Tulane came back from down 18 on the road to defeat Washington 64-62. Tulane junior Arsula Clark scored on a game-winning layup with 0.5 remaining on the clock. This comeback and buzzer beater made for one of the most exciting Green Wave victories in recent memory.

However, after defeating Washington, the Tulane women were given a taste of their own medicine against Middle Tennessee. After a furious late game rally, Middle Tennessee converted a three pointer with one second left. The Blue Raiders snatched the victory from Tulane by the same score as the Green Wave had won the previous game, 64-62.

Tulane then subsequently suffered a close defeat against rival and SEC opponent LSU, in a game Tulane led by 13 at halftime. However, giving up 18 points from the free throw line, combined with 21 turnovers led to the Green Wave losing 54-59.

After this loss, Tulane traveled to San Juan to participate in the Puerto Rico Classic, playing Boston College of the ACC. After suffering a 76-89 loss, Tulane also suffered a setback against now 6-2 Charlotte, losing 56-60.

Although the win-loss record isn’t where they would like, the Tulane women have already come up against difficult opponents in late-game situations. Building upon and learning from these experiences will be important if Tulane wants to contend for the conference title and make a possible tournament appearance this season.