FTB: If Tulane were a winter wonderland 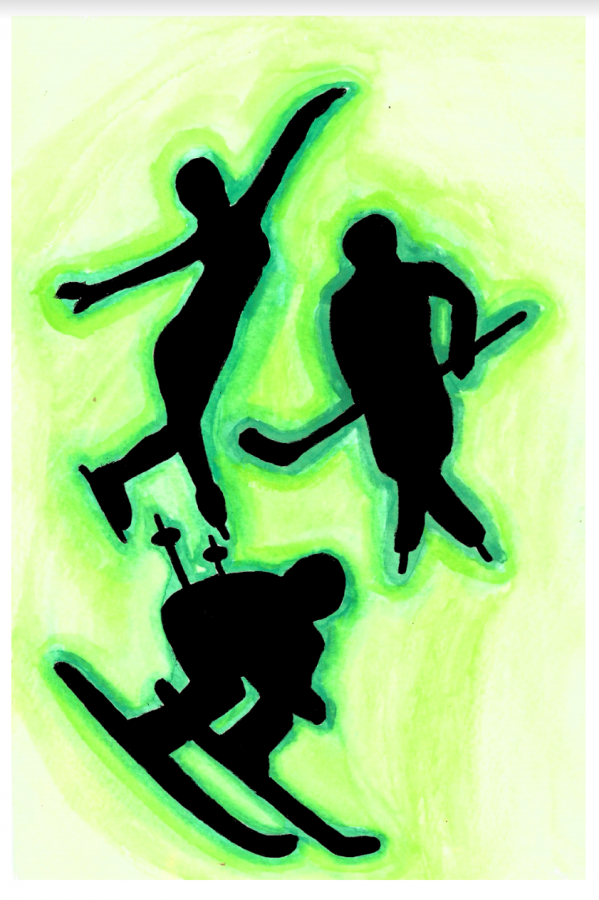 As the days shorten and Tulane students begin the final push in their academic schedules, all eyes are on winter break and the joyous world of cold weather sports that seem almost foreign in our balmy swampy climate.

Because of New Orleans’s gentle winters, Tulane students can often be seen playing the same selection of sports year round. Reilly Recreation Center features pickup basketball year round, and Brown Field constantly features its cycle of soccer, football, spikeball, and more. At The Hullabaloo this got us wondering: What would campus look like with a little white powder, a frosty glaze and a bunch of added athletics funding?

On a Tulane campus with winter weather warnings on high alert, red-nosed students wrapped up in infinite infinity scarves, and a frozen LBC quad, it would not be out of place to see ice hockey games break out after class let out.

The frozen quad would not only be a great new feature to the campus recreational athletic environment, but it would also be an exciting opportunity for other clubs to host open skates and various other competitions.

Tulane’s newest intramural sport would help students put the biscuit in the basket. Hockey would be an amazing sport to add to the school’s repertoire and soon ice skates would be a heavily demanded school supply.

At the varsity level, Tulane hockey players would be decked out in the sleekest olive and blue uniforms gliding across a newly constructed rink that could be squeezed into Devlin Fieldhouse. After all, it isn’t uncommon to see basketball courts and ice rinks share an arena. Students would be found chanting the Tulane fight song as the red light flashes above the net!

Now, if you give a school an ice rink and a hockey team, they might just ask you for a figure skating team to go without it. What the heck? If we already have the rink, how cool would it be to add figure skating to the mix? The varsity teams could feature single skaters, pairs, synchronized skaters and ice dancing groups. The costumes would be glamorous.

But let’s not limit ourselves to the confines of an ice rink. Imagine if the walk to the Fly was replaced by an equally long stroll to a snowy hill. Enter Tulane ski club! Students would flock to the hill on Friday afternoons and break out their snow tubes, skis and snowboards to shred some powder!

Unfortunately, Tulane will never be this winter snowy wonderland, but as the finals grind creeps closer, we can dream a little.