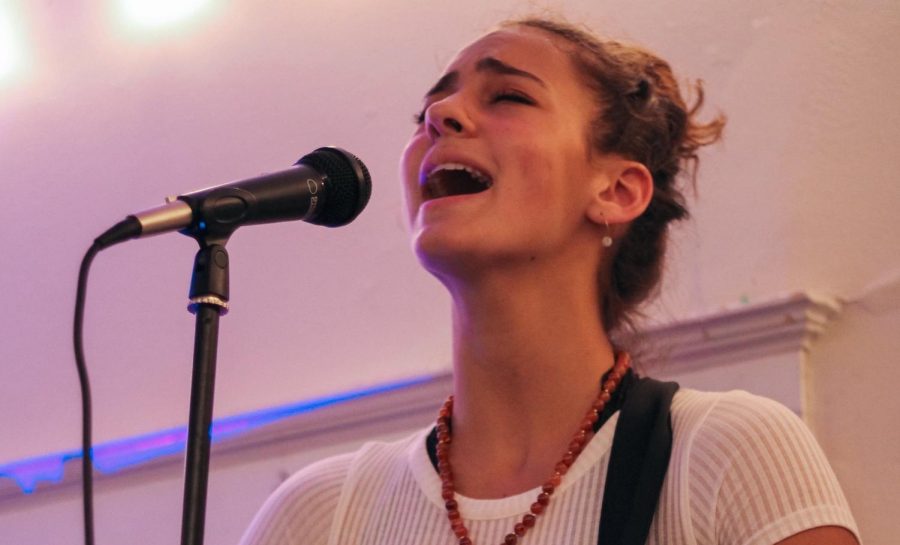 Tulane sophomore Sari Abolafia, who regularly plays at venues such as Gasa Gasa and Maple Leaf Bar, likes to joke that her music career started in a glorified living room. She performed that first solo set in New Orleans last Valentine’s Day and has since found herself constantly falling into new opportunities.

“I’m in a very different place than I was a year ago,” Sari said.

Sari’s musical journey is best described as a winding and non-linear road. Coming from suburban New Jersey, she had dabbled in musical theatre and singing, though never considered it a serious option.

“I thought I was going to come here, study political science, continue with the runner persona that I had started in high school cross country, and just be a college kid,” Sari said. “I never thought I would be good enough.”

Upon arriving at Tulane, she found herself drawn to music, unable to escape it. It started with banging on the keys of the Wall Residential College piano and quickly evolved when she started performing in showcases held by Tulane Studios.

“I found that throughout last spring I had all these little milestones where I was like, wow, I’ve never played for that many people before,” Sari said. “I was just so happy to have a 15-minute set at The Willow because I saw that Drake Bell played there the first semester of my freshman year. I was like, my songs can be something, I can do this.”

Since then, Sari has continually worked her way up the ladder, joining a band called Hazel, exploring the sounds of the city and embracing the vibrant musical culture here. At the same time, she recognizes her position as a white, non-native, jazz-influenced musician in New Orleans.

“It’s always good to be conscious of the amount of space you take up, especially in a city like New Orleans with so much historical oppression,” Sari said. “It’s all just about consciousness and acknowledging your privilege.”

At this point, Sari is focused on finding her voice as an artist and exploring opportunities.

“I’m in pre-production for an EP right now,” Sari said. “Everything’s written, I’m just working on all the instrumentation and arranging, which is really so exciting. I don’t have a solid plan. I just have a lot of things I want to try.”Sari’s next performance is Feb. 24 with Hazel at The Howlin’ Wolf Music Club.