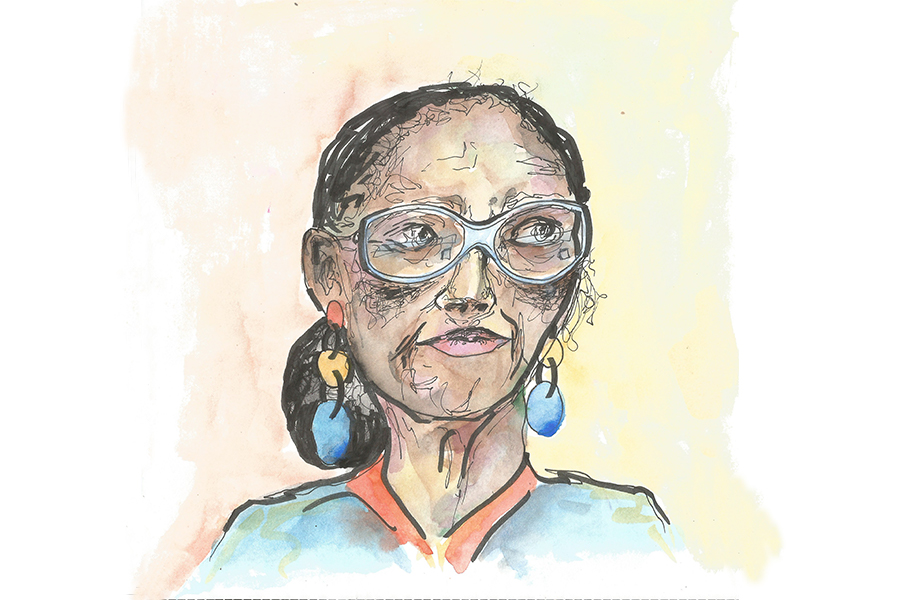 Ever since the Mistick Krewe of Comus held the first organized parade in February of 1857, the celebration of Mardi Gras has been tinged with racist and classist overtones. Though a handful of new krewes formed in the 1940s to combat discrimination and include people of all nationalities and genders, Mardi Gras remained stratified, relegating people of color and their celebrations to the fringes of the city. Though this exclusivity was prohibited by law in the ‘90s due to the efforts of Dorothy Mae Taylor, Mardi Gras still retains elements of its original inequity.

Originally, carnival celebrations were more egalitarian and less formalized. The first celebrations looked more like riots than parades, prompting city officials to contemplate shutting down the public celebration of Mardi Gras. In 1957, however, a group of wealthy businessmen decided to reshape and formalize Mardi Gras in New Orleans, drawing inspiration from the secret societies that orchestrated the Carnival celebration in Mobile, Alabama. These men formed the Mistick Krewe of Comus and presented a highly organized alternative to the old celebrations, parading on floats instead of en masse.

After the parade, the Mistick Krewe of Comus held a private masquerade ball for Krewe members and their chosen guests. Wearing masks to conceal their identities during parades, many krewes and their members soon became closely associated with the city’s corporate and political spheres. Though this imposition of orderly form saved Mardi Gras from being shut down, it also transformed Carnival into an exclusive event that catered to the privileged and wealthy sectors of the city.

In an effort to reinforce and maintain white supremacy, krewes often chose themes and utilized imagery that perpetuated their privileged positions, poking fun at marginalized groups with racist caricatures and insensitive costuming. In 1873, the Krewe of Comus chose the theme “Missing Links to Darwin’s Origin of Species” to ignite resistance to the newly passed 14th and 15th amendments which gave African Americans citizenship and the right to vote. The Krewe drew up humanized portraits of gorillas for costume inspiration, dressing them with the striped collars, oversized lips and white teeth present in minstrel shows of the time. This drew a deeply offensive link between Black people and animals, promoting the racist politics of the Krewe of Comus.

Unfortunately, insensitive theming and costumes extend far beyond the 19th century. In 1992, the Krewe of Rex’s theme was “Voyages of Discovery,” retelling the story of America’s founding and the ensuing colonization through the eyes of a white man. By glorifying controversial figures like Christopher Columbus with their floats, Rex reinforced white male structures of power and dominance. In these ways, formalized Carnival celebrations allow white supremacists to “maintain symbolic power.”

In late 1991, the first Black woman on the City Council, Dorothy Mae Taylor, tried to shift the virulent Carnival culture by proposing a bill that would desegregate Carnival krewes for good. Under this ordinance, the city of New Orleans would refuse parade permits to krewes that practiced discrimination and withheld membership on the basis of race, sexuality, religion, etc.

Taylor’s original draft of the ordinance mandated jail time for offenders and prohibited krewes from practicing gender-based discrimination. When the ordinance passed, however, these stipulations were removed and the scope of the bill was reduced. Though Taylor wrote the ordinance herself, she ultimately voted against the diluted, revised version of the bill she pioneered. Nevertheless, the burden and backlash of the bill’s passage was placed on Taylor. She received an influx of death threats and racist comments that disparaged her for “ruining” Mardi Gras.

Under the ordinance in its current form, Carnival krewes must simply declare that they don’t practice discrimination to qualify for a permit. Despite the comparatively lax requirements, after the bill passed in 1992 many old-line krewes still withdrew from the parade, notably the Mistick Krewe of Comus and the Knights of Momus. The law’s dissenters argued that the government should not control the social life of its citizens, viewing Mardi Gras and krewe membership as a “whom to invite for dinner” issue rather than a publicly-funded event. Taylor, on the other hand, recognized that as a public event dependent on city funding, Mardi Gras and its Carnival krewes ought to be open to all.

Though we want to believe that Dorothy Mae Taylor’s bill demystified Mardi Gras and prevented historic krewes from upholding white privilege, racism and Carnival are still deeply intertwined. Though new krewes made up of women, African Americans and other marginalized groups have cropped up to challenge the discrimination inherent in Mardi Gras, white male privilege lives on in Carnival.

In February 2018, a few krewes threw Robert E. Lee-themed beads into the crowd to protest the removal of his statue from Lee Circle. The beads, accompanied by Confederate flag t-shirts and other racist memorabilia, bore the Confederate general’s likeness and read “Forever Lee Circle.” Other floats poked fun at the plight of Dreamers and ridiculed Colin Kaepernick. Early this month, a member of the Mystic Knights of Adonis threw a magnet depicting a “caricature of a black boy” with a watermelon in his hands to a 2-year-old child. The next day during the Krewe of Nereids parade, a 12-year-old girl was handed a doll “dressed like an enslaved person with a bead noose.” “That’s you,” said the krewe member who gave her the doll, reaffirming that Mardi Gras in its current state continues to reinforce and reproduce white patriarchal power structures.