Tulane sailing home to victory in its first regatta 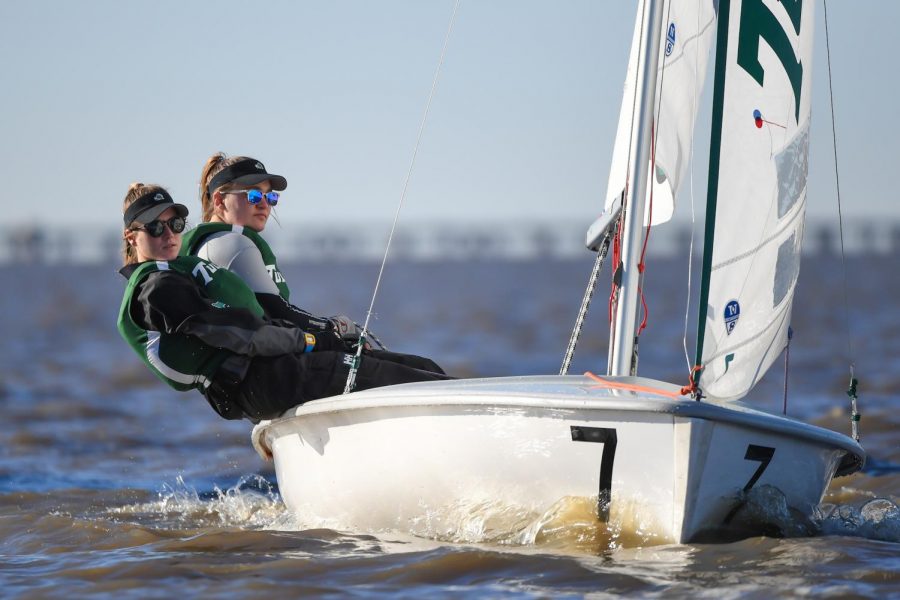 Tulane sailing in its first regatta of the season.

With its first regatta of the season last weekend, Tulane’s sailing team hit the water strong. In the Nelson Roltsch Regatta, named in 1984 after a Tulane sailing member who died while racing down the Mississippi coast, Tulane finished fourth out of eight teams.

“We’re obviously coming off of a really good fall campaign with our women’s and co-ed teams being ranked and that’s a great place to be, but it’s only a starting point for where we want to go,” head coach Charles Higgins, who is coming back for his fourth season, said.

On the first day of the competition, Tulane defeated Jacksonville, Texas, UC Santa Barbara and Wisconsin, moving the team into fourth place.

“Overall it was a very positive day for us. It was long, and we got a lot of racing in, and it’s been fun to see our team get better each day,” Higgins said. “To be sitting in the top four at this stage is terrific, and the whole team has been pushing hard to get us to this point.”

On the second day of the regatta, Tulane maintained its position by once again defeating UC Santa Barbara, USF, Wisconsin and Texas. Quinn Keenan and Caroline Benson both skippered boat one for certain races, with crew of Kate Lenhard and Kit Stoll. In boat two was Cameron Giblin and Grace Siwicki, while Ciara Rodriguez-Horan and Amelia Schofield were in boat three.