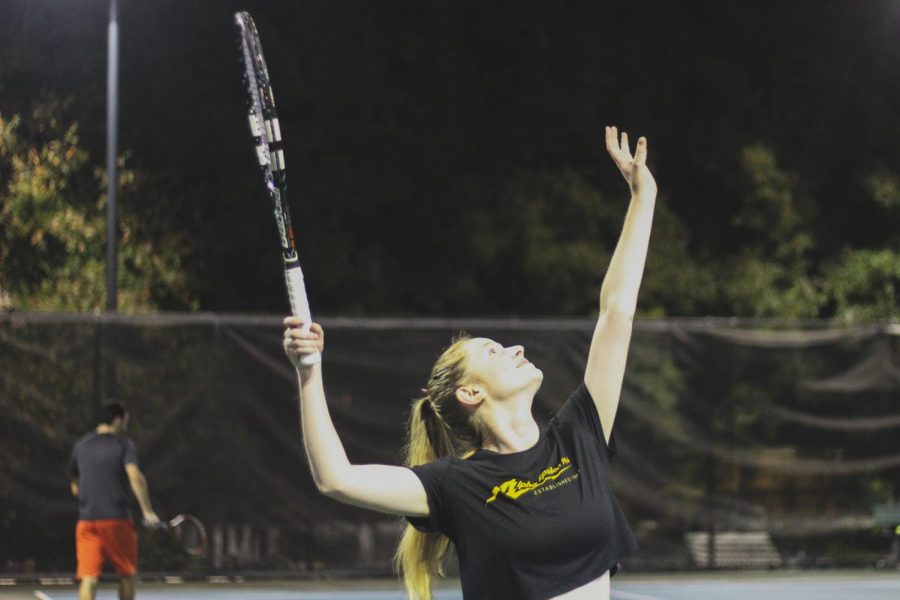 With only two courts on campus, finding practice space for nearly 50 members can be hard for the Tulane club tennis team. That said, members are more than excited about the energy surrounding the club this year.

When describing the fun, welcoming culture he has helped cultivate over the last four years, senior Amir Katz said, “I found, like, a happy medium. I get to be really competitive when I want to and I just kind of have a cool group of people I can hang out with.”

While the team does not operate on a classic college sports schedule, they find as many opportunities as they can to allow members to get real, competitive action. Recently the team has taken trips to Baton Rouge for scrimmage matches against LSU, with whom they have established a strong relationship, as well as a quick trip to the University Of Alabama for a club tournament.

Currently in the middle of their year-long season, the team is planning on attending three more tournaments before the end of the semester. You can catch them vs. LSU on March 14 and at The University Of Georgia the following week March 21.

team photo shoot. WHAT IT DOOOO. Also. 100 likes and Simba gets a treat

While two tournaments will be on the road, the team is gearing up for its marquee home tournament, held at City Park in the Pepsi Tennis Center, with the exact date to be released later this month.

“We would love it if people want to come to city park and support us at the Pepsi Tennis Center, it’s going to be a great time,” said Katz, who was excited by the idea of the team’s talent being displayed to a wider audience while also taking the chance to promote the team’s new instagram page @tu.clubtennis for updates on the team’s progress.

For prospective members, tryouts are held at the beginning of each semester and it is highly recommended they have some level of high school team experience.

The club tennis team seems to have found a happy medium between cultivating a competitive playing experience without the all-consuming time constraints that usually come with D1 athletics.