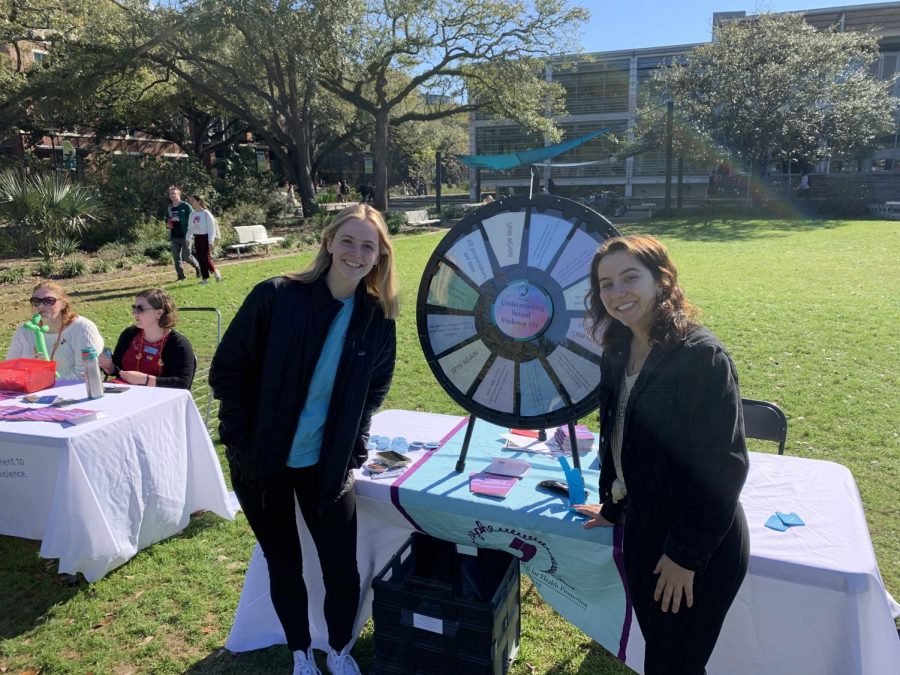 Holding sexual health programming at universities has grown in popularity across the country. Tulane followed universities like Harvard, Northeastern, Yale and others in adapting its own version of sex week.

“The idea for Sex Week came when Kate Kushner, an undergraduate at Tulane, approached Campus Health with a proposal for creating a Sex Week at Tulane,” Assistant Director at The Well Jennifer Hunt said. “Starting from that original concept, Kate Kushner and I worked closely with several student organizations and departments across campus to create what became an incredibly diverse week of programming.”

Various on-campus organizations, including Tulane University Peer Health Educators and delegates from the Panhellenic council, were involved in the facilitation of many of the events. In addition to Tulane students, local community sex educators like Emojibator founders Kristin Fretz and Joe Vela, and Dr. Rachel R. Hardeman, assistant professor in the Division of Health Policy & Management at University of Minnesota, held lectures concerning different aspects of sexual wellness.

“The success of Sex Week is in no small part the result of the incredible collaboration that made it a reality,” Hunt said. “Because Sex Week’s events were hosted by a wide variety of student organizations, academic departments and student affairs offices, the programming was diverse and offered many perspectives on sexual health and sex positivity.”

The concept of a week dedicated to sex education grew out of the staggering statistics concerning how little sexual education programming there is in schools today. Without comprehensive sexual education, the idea of talking openly about sex becomes taboo to many. The goal of sex week is to combat this trend and make sex more of a casual conversation.

“On average, high school students in the United States receive less than 11 hours of instruction on human sexuality, HIV, and STI and pregnancy prevention throughout the tenure of their education,” Hunt said. “Sex Week offers an alternative opportunity for Tulane University to fill this gap in knowledge identified by expert research.”

In addition to providing overall sex education for the entire study body, the week-long event also puts an emphasis on LGBTQ sex education, an often overlooked issue. The Well and the creators wanted to ensure that students of all sexualities were represented throughout the week and geared programming to be as inclusive as possible.