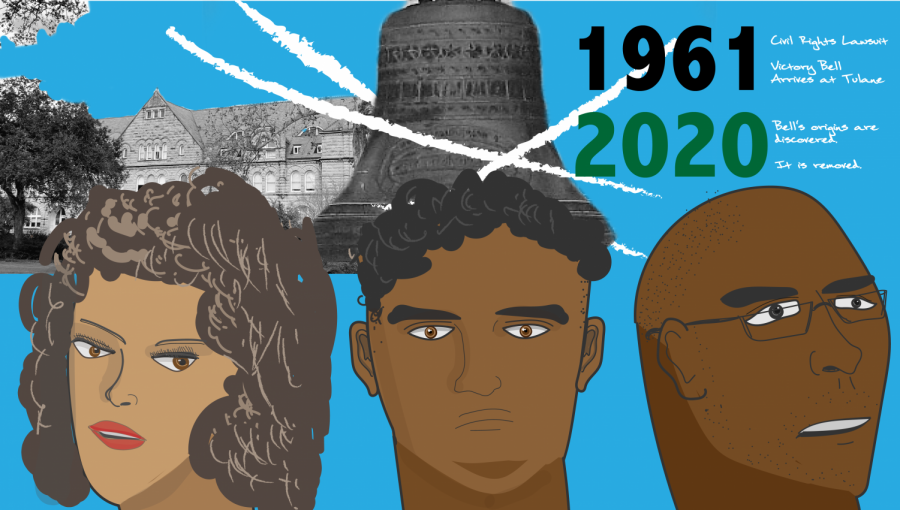 The following is an opinion article and does not reflect the views of The Tulane Hullabaloo.

It is unsurprising that the “Victory Bell,” revered by Tulane and integrated in the fabric of this university’s traditions over the past 60 years was in fact an artifact that called enslaved African people to work.

The “Victory Bell” was gifted to the university between 1960 and 1961, a century after emancipation —  meaning that the bell itself was likely assessed and valued as a historical artifact at the time. During the same time period this bell was gifted, Tulane continued to remain on the wrong side of history as staunchly opposed to desegregation during the Civil Rights Movement, and had to be taken to a U.S. district court for refusing to admit Black students.

tulane rly do be doin the bare minimum huh

Tulane’s entire campus is littered with historical mementos that disturbingly gloss over and romanticize the realities of how inextricable the history of the Confederacy and racial terror is to this institution. Ultimately, it is the gratuitous violence committed against Black people that built the fortunes of wealthy southern benefactors that made the establishment of this private institution possible.

How does Tulane continue to uphold and celebrate the racist legacies of Edward Hebert, who was a staunch segregationist and co-signer of the Southern Manifesto, and Confederate Soldiers Charles Howard and Randall Gibson? By privately contracting workers through Sodexo, a company that continues to exploit the labor of workers on this campus with unethical hours and union-disrupting tactics. By allocating insufficient budgets to departments that are designated to address the needs of marginalized students on this campus, forcing students to mobilize in response in order to demand resources and protection from racism, transphobia, homophobia and misogyny.

In 2015, blatantly racist posts on Yik Yak were circulated threatening harm to Tulane students. Shortly after, in 2016, Kappa Alpha, a fraternity which cites Confederate General Robert E. Lee as their spiritual father, constructed a sandbag wall adorned with “Make America Great Again” iconography. This was written off as satire by the chapter, instead of being understood in the context of KA’s broader history of celebrating the Confederacy and romanticizing the “Old South.” The racist, dangerous and dehumanizing speech and behavior of certain Tulane students were frankly impossible for the administration to ignore, leading to the formation of the Presidential Commission on Race and Values. Despite student outreach and requests, this Commission has remained largely inaccessible for students to access for at least eleven months.

In order to honor the activism that shaped Tulane for the better, and speak truth to the racist history in the very fabric of this university, Students Organizing Against Racism is conducting Tours of Truth during March. Les Griots Violets, an organization of Black women confronting the history of anti-Blackness in this institution, are currently advocating for Tulane to secure a permanent funding source for departments addressing the needs of marginalized students.

Instead of providing some semblance of relief, the removal of this bell serves as a grim reminder that the campus where workers, students, staff, faculty and administrators roam is built upon hallowed ground. There is no peace to be found in a decision to quietly remove this bell, a decision made by the same university which gives these symbolic concessions whenever students demand change. It is only through the demands of students — from the courtroom to the streets — that any semblance of progress can be possible.