What it’s like to be a fan during March Madness 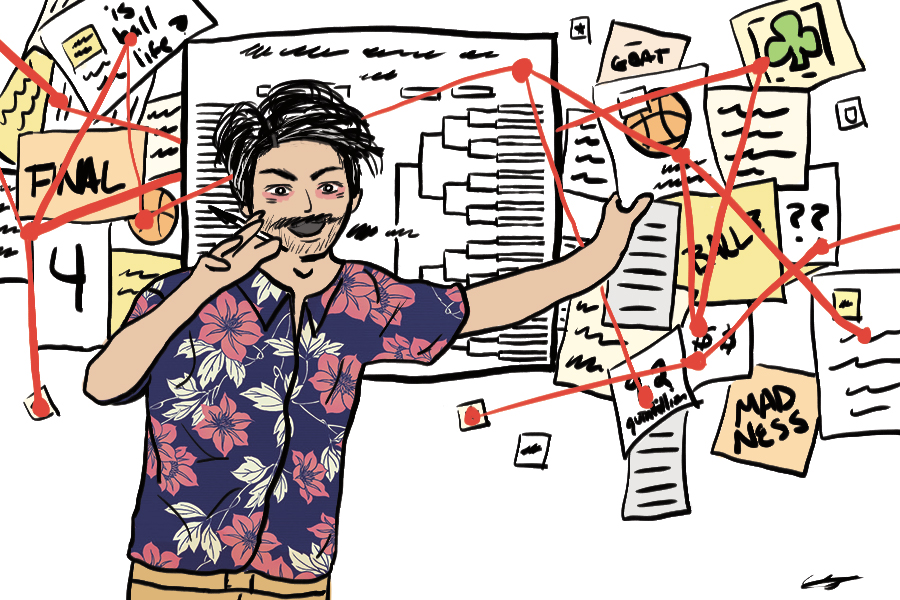 Approximately 70 million fans fill out and submit March Madness brackets every year. Fans race for their phones to check the latest scores to see how their brackets are doing. On a given day, there are numerous matchups to watch.

Games happen all throughout the day, giving fans an excuse to stay glued to their televisions. A major part of March Madness is fans affirming their knowledge of sports by correctly predicting the outcome of games. While it is nearly impossible to predict a perfect bracket of 63 games — the odds are 1 in 9.2 quintillion — fans still get a thrill out of it.

There’s something enticing about seeing how well you fared in predicting games. During March Madness, fans learn to expect the unexpected. While every team that enters the tournament has a seed, any underdog can beat any favorite in any game. That is part of why fans are so engaged, because miracle endings have happened before.

In 2018, a University of Maryland Baltimore County team upset Virginia in a game for the ages, becoming the first No. 16 seed ever to beat a No. 1 seed. The legendary game broke a streak of 135 games played in the first round of the annual tournament where the No. 1 seed won.

Filling out brackets takes a considerable amount of decision making. Predicting 63 games is not easy. The fans who fill them out might not even know anything about the teams playing — they are just doing it because it is so popular. This often makes it hard to pick which team will win a game.

Fans often opt for unconventional ways to predict the games. Some predict purely on the seeding. They take the higher seed in hopes that the better team will actually win the game. Some fans tend to take a lot of underdogs because they think what is expected to happen is bound not to. Some fans pick based on where the school is. If the school is nearby their hometown, they tend to feel a loyalty to that team. If the school has an interesting mascot, that could make them pick that team. Maybe the mascot is your favorite animal, or maybe the mascot “looks cute.”

March Madness picking is an imperfect science. Unthinkable things happen, and that is what fans look for. The glory of predicting an outcome right and the agony of messing up your bracket. Ultimately, the glory of being right is what motivates us all. March Madness is a quite a unique time of the year. It unites people. While it certainly is maddening, there’s nothing in sports quite like it.