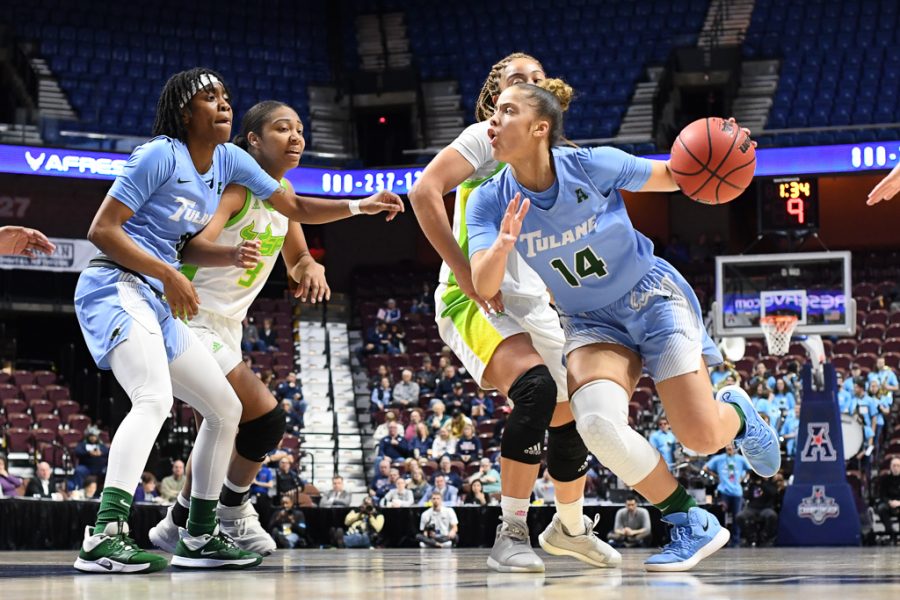 This weekend, Tulane women’s basketball lost in the second round of the American Athletic Conference tournament, thus wrapping up their season. This season Tulane went 14-17 overall, 8-8 in conference, giving us a 45 percent win rate.

Head Coach Lisa Stockton finished her 26th season for Tulane. At the end of the playoffs, she stated, “I’ve never had a season with so many close games… We battled all year.  I’m proud of our effort from this year’s team. I thought we really locked people down defensively.  We improved in a lot of areas. I feel really good about what we have going forward.”

Going into the playoffs, the team had earned three different postseason awards from the AAC. Krystal Freeman earned a spot on the All-Conference Second Team, Sierra Cheatham claimed the Ambassador Award, and Dynah Jones was named the league’s Sixth Player of the Year, so the team likely felt confident heading into the tournament.

In the first round, the team played Tulsa and won 61-71.  Tulane had 12 assists, five blocks and five steals, while Tulsa had 13 assists, seven steals and two blocks. Some highlights include Arsula Clark with a record high 20 and seven assists.  Additionally, Krystal Freeman added seventeen points, seven rebounds, two blocks and two steals, while Mia Heide chipped in eight points, a team-high 11 rebounds, and three steals.

In the second round, Tulane’s basketball women’s team played the University of Southern Florida and lost 64-50  Head coach Stockton said, “I thought, especially in the first half, we really battled…We really battled in the third quarter. We just got to the point where we just didn’t make shots.”

Overall, the team had a respectable season and fans hope to witness an even better season next year.