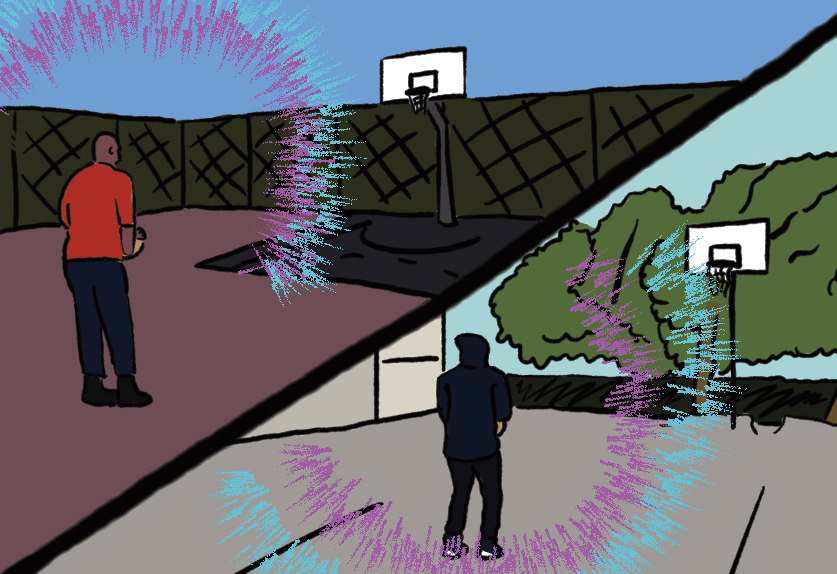 Because of the postponement of the 2019-20 NBA season due to the coronavirus pandemic, the NBA decided to host a nationally televised H-O-R-S-E shooting competition featuring star athletes while fans wait at home for sports to return.

The athletes participated in the contest from their home courts and the competition featured standard H-O-R-S-E rules. The players took turns trying to match shots made by their opponent — excluding dunks. If a player failed to make the shot that their opponent made before them, they earned a letter. Once a player’s letters spelled “H-O-R-S-E,” they were eliminated.

In the semi-finals, Conley (H-O) defeated Billups, and LaVine (H-O-R) bested Quigley, leading to a final’s matchup between Conley and LaVine.

In the final round, Mike Conley Jr. (H-O) defeated Zach LaVine to take home the first NBA H-O-R-S-E Challenge championship. As a reward for his victory, Conley was given the opportunity to donate $200,000 to the COVID-19 charity of his choice.

In a time when fans are away from sports, the NBA’s H-O-R-S-E challenge gave them something competitive to watch. While they would much rather watch NBA players face one another in a true basketball game, sports fans will take anything they can get their hands on right now.