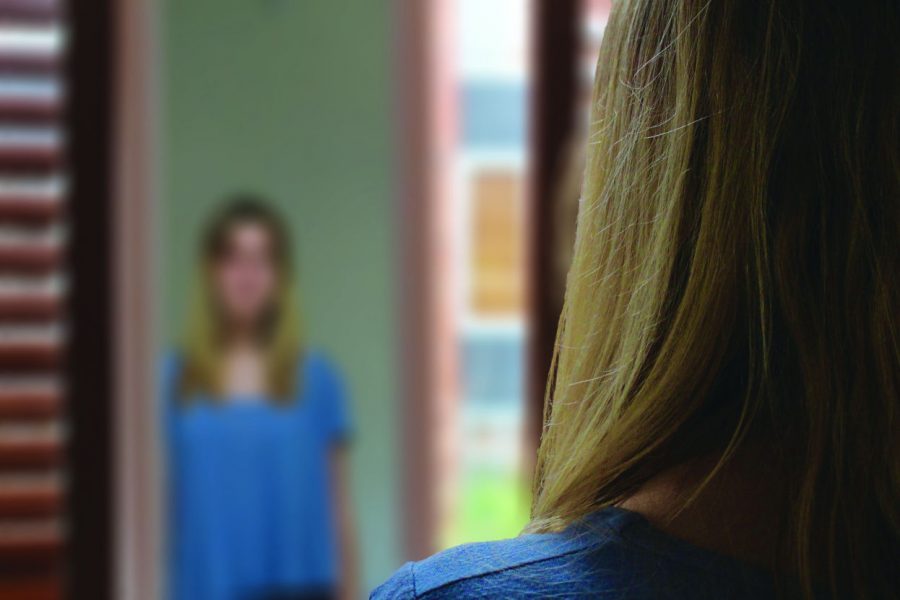 In 2015, Tulane University was ranked as one of The Princeton Review’s colleges with the happiest students. But the year before, Tulane lost four students to suicide.

In the wake of the University of Pennsylvania freshman Madison Holleran’s death by suicide, the term “Penn Face” gained national media attention to describe the feeling that other people appear to have a near-perfect life.

“We live under the illusion that others … are on top of it all, causing us to feel overwhelmed,” one staff member at Fisher Hassenfield College House at Penn wrote.

Through dozens of interviews, students repeatedly said they felt the perfect Tulane student goes out multiple nights a week while maintaining good grades, a high level of involvement on campus, an attractive physical appearance and money to spare. Students reported it seems the Tulane culture pressures people to fit an extreme standard socially, physically and academically. These pressures are not unique to Tulane, though many students pointed out an especially intense, socially-focused type of perfectionism within Tulane’s culture.

58 percent of college students reported feeling “overwhelming anxiety” and 35 percent reported “feeling so depressed it was difficult to function” in the 2015 National College Health Assessment by the American College Health Association. Additionally, many reported being treated by a professional in the past 12 months — 17 percent of respondents for anxiety and 15 percent for depression.

Last week, Business Insider ranked Tulane as one of the top 30 “most intense” colleges in America for embodying the “work hard, play hard” mentality.

“The ‘work hard play hard’ feel of Tulane is an incredibly real and predominant [cultural] factor,” freshman Reagan Garvin said, speaking on struggling with depression and anxiety. “Either you are working so hard on your academics that you’re kind of crumbling under the pressure, or you’re playing so hard that you’re forgetting all of it and abusing alcohol and drugs and whatever else you can get your hands on to distract yourself for two days.”

As Tulane’s high happiness ranking coincides with placing among the top party schools on multiple lists, some students have found the pressure that goes along with such a culture is detrimental to their mental health.

“I struggle with anxiety a lot,” senior Josh Spencer said. “Drinking doesn’t help. You can get trapped in such a vicious cycle where you’re anxious about school and about performing well in school … and all your friends are telling you to go out at the same time.” 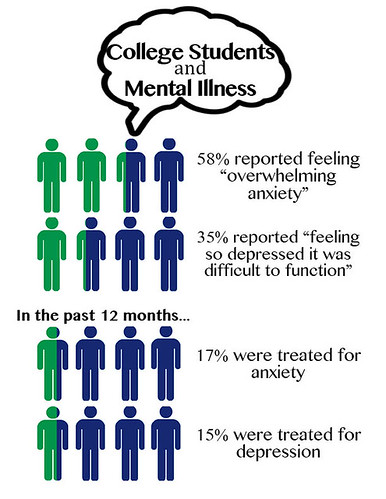 On a campus that exists in a city with a party culture of its own, students said they find alcohol-centric activities, like happy hour at The Boot, to be among the most unifying campus experiences.

“Sometimes [drinking is] the only thing that brings us all together,” senior Sam Patel said. “We rely on that because we want some sort of common ground, but I think [there is] not always [a] way to find connections with people. … I think that’s isolating for people who do drink and people who don’t drink.”

Sophomore Chase Schober, who has decided not to drink this semester, said he was surprised by the initial difficulty he had building “real, deep relationships” like he had at home when he came to Tulane.

“When I came here, it immediately became clear that that was going to be a lot harder to do,” Schober said. “I’ve noticed that a lot of people spend all their time interacting in these huge group settings where it’s more of like a humour-based, light, surface-level interaction, as opposed to in-depth friendship, which is what I personally look for.”

Some students discussed feeling FOMO, or the “fear of missing out” from seeing other students going out on social media and feeling badly about themselves for not being at that party or festival or event.

“If you don’t go out, you’re going to miss out,” Reagan Garvin said. “There’s always costume parties or different concerts going on, or new people to meet. … I forget, I know a lot of people forget, that stuff happens literally every weekend.”

Josh Spencer said the ease of obtaining alcohol and other substances reinforces the party culture.

“Alcohol is so accessible, especially here in New Orleans, and so are a lot of other things to be honest,” Spencer said. “I think at a school where we have a lot of kids who can afford that, especially within the Greek system, where even more kids can afford to support that kind of a lifestyle, it’s kind of easy to get trapped in that. That can be detrimental, not only academically, but also financially.”

Hard drugs and hard liquor are present at every college, but certain substances may have a stronger presence in some social groups here due to the affluence of some of the student body. Spencer said the amount of cocaine use he saw in his four years here was “insane and deeply disturbing.”

Sophomore Margarida Isabel, who reported going out five times a week, said she initially didn’t like going out so often, but began partying more to make friends and has learned to enjoy the nightlife. She said she does not like to admit when she is not going out.

“I hate admitting it to people that I’m staying in … . I feel kind of embarrassed,” Isabel said. “I feel like I’m supposed to go out. I feel like I need to maintain that image in a way, even though I do like it.”

“Either you are working so hard on your academics that you’re kind of crumbling under the pressure, or you’re playing so hard that you’re forgetting all of it and abusing alcohol and drugs and whatever else you can get your hands on to distract yourself for two days.” – Reagan Garvin

The pressure to be “hot” is something that few people escape in their college years, but some students said they feel more of that pressure at Tulane because of the affluence and attractiveness of much of the student body.

Mayrose Porter, who has struggled with an eating disorder, said she has experience with this pressure. The Tulane culture has sometimes intensified her disordered eating habits.

“I think there’s a lot of pressure to be attractive because a lot of people at this school are very thin and very pretty,” Porter said. “Last year I can remember a few times where a week would go by and I would not eat. That definitely was exacerbated by being around people who were constantly talking about how they want to be thinner.”

Tulane is among the most expensive private universities in the country. For a freshman living on campus, total fees add up to $67,114, according to the Tulane Admissions website.

In contrast to Tulane’s high ticket price, the university also offers a large amount of merit-based aid. According to a Washington Post analysis in 2014, Tulane offers merit-based aid to 37 percent of freshmen. In order to keep their merit-based scholarship, students have to maintain a minimum GPA ranging from a 2.700 to a 3.000.

Dr. Donna Bender, director of the Center for Counseling and Psychological Services, said the affluence of some students can put pressure on others.

“Students who may have situations where they worry about financial resources are burdened by additional stressors that some others don’t have,” Bender said. “If an individual is susceptible to social comparisons, this may also lead to feeling left out or less than other students who have more privileges or opportunities because of their financial situation.”

While many students said they felt the ideal Tulane student is attractive and wealthy, male students described a specific pressure to “pull” or hook up with attractive girls.

“If you’re not hooking up with girls all the time, that’s another isolating theme,” Chase Schober said. “It can make you feel less a part of the culture and your friend group.”

Psychology professor Shereen Naser, who also attended Tulane graduate school, said she has seen the competitive culture impact the undergraduate students she teaches. She said the struggle to find balance can increase the stress on students in an already “unique context” of stress and that stress can be “toxic.”

“You hear kids come in and they’re just like ‘I’ve never failed anything before, and now I’m trying to figure out do I go out to The Boot on Thursday or study, and I’m making these social decisions, but then I make a B in class and that B feels like a failure,'” Naser said.

The combination of the pressure to party and get good grades, all while looking good doing it, creates a culture among the student body where exhaustion and stress can be glorified.

“There’s like this weird culture of like ‘Oh you’re stressed? This is how stressed I am,” Sam Patel said. “It’s like this competitive, ‘I’m busier than you are.'”

While other students watch those around them appear to succeed, others feel like they are caught in the undertow. Patel said she has personally struggled with overcommitting herself, which she said seeing the busyness of those around her worsened.

“You feel like if everyone else around you is able to handle it then if you can’t handle it then you’re weak or there’s something wrong with you,” Patel said. “So I think that that is what makes it really hard to reach out to people and say ‘hey I’m struggling.'”

“You hear kids come in and they’re just like ‘I’ve never failed anything before, and now I’m trying to figure out do I go out to The Boot on Thursday or study, and I’m making these social decisions, but then I make a B in class and that B feels like a failure.'” – Shereen Naser

CAPS also offers individual therapy on a short-term basis, and has hired a “care coordinator” to students to get connected with off-campus care. Students are encouraged to walk in to CAPS for urgent mental health care during business hours, or can call “The Line,” which connects the caller to a trained professional at any time, 24/7.

In addition to the resources offered by CAPS, Student Affairs runs student resources and support services, which “was created to give students in need of support a single place to go for assistance.” The office helps students get connected with various resources they might need.

“I think that Tulane is doing the best that they can, honestly,” Josh Spencer said. “People want to blame the school for everything that’s going wrong here. I think there are so many different factors that play into everything that’s happened here.”

According to Bender, Tulane scored slightly higher than other universities on the “Flourishing Scale” in the Healthy Minds Study conducted during the last academic year. This means “Tulane students were lower, on average, on measures of depression and anxiety, meaning fewer students had problems in these areas.”

Even though many students reported struggling in the undertow, each one also showed a desire to form meaningful connections with their peers and see a change in the culture of their university.

“It would be fun if I could go to a party and talk to someone about books or politics or stuff like that,” Reagan Garvin said. “It’s a treat when you find someone like that. Everyone here is so highly educated, we have more education than most of the world, why wouldn’t we talk about these things?”


There was an issue submitting your request.
1