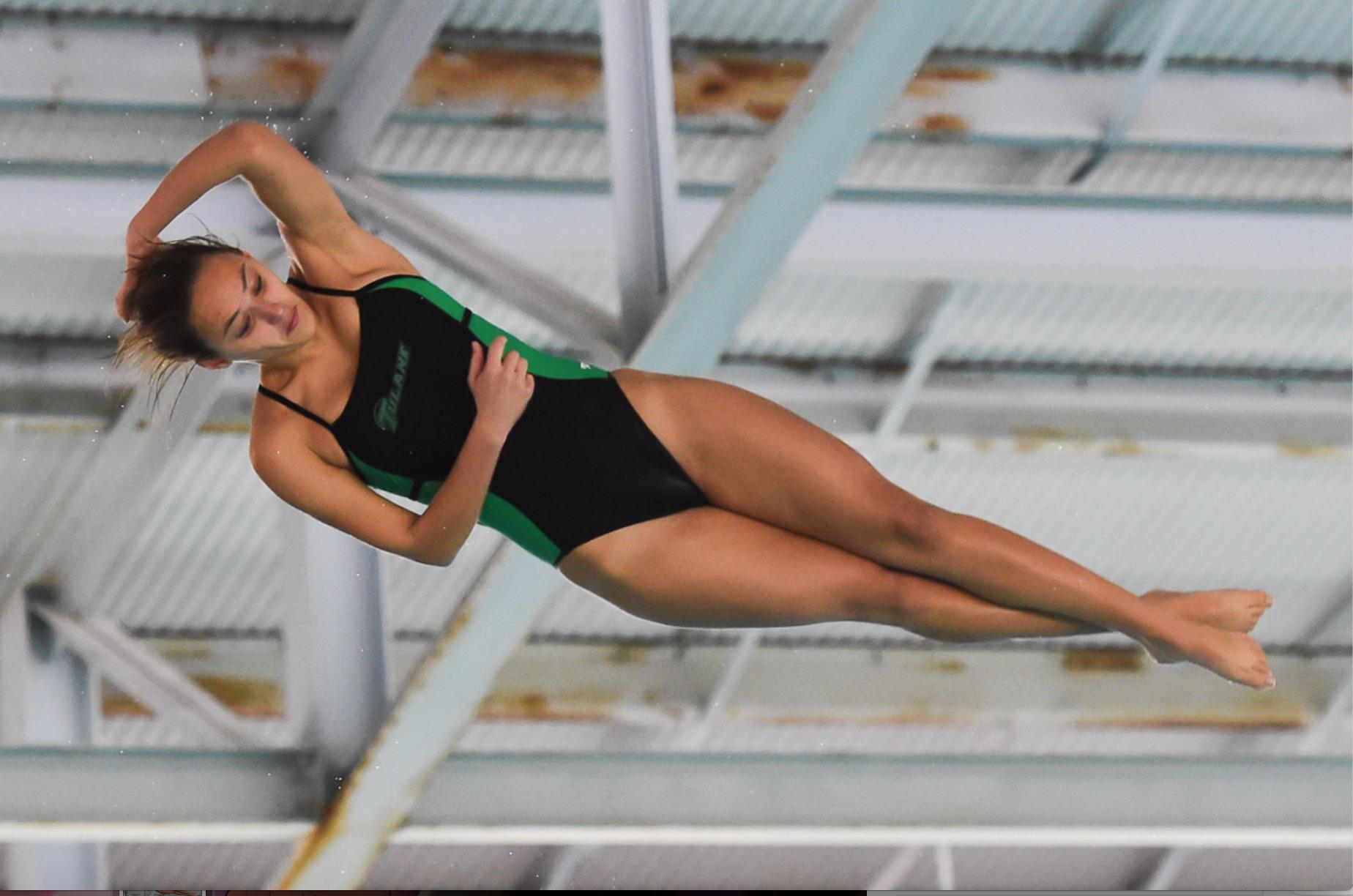 In a year filled with tough competition, the Tulane women’s swimming and diving team competed hard in its senior day against LSU on Saturday, Dec. 3 in the Reily Student Recreation Center natatorium.

In the midst of a 161-79 loss to the Tigers, the Green Wave celebrated two seniors, Joy Jason and Ellie Sills. After a ceremony that honored the two between events, Jason and Sills finished the day with four top-three finishes. Both swam in the same 400 medley team, which finished third with a time of 3:50.64. Sills finished third in both the 200 individual medley and the 100 butterfly, and Jason would get another third place of her own in the 100 breaststroke.

“We have a [saying] in swimming: ‘swim in your own lane’, and not let other people take you out of what you need to accomplish…,” head coach Katie Robinson said. “For the most part, I think the team did a pretty good job of that. The other thing that I wanted to make sure that we did was swim for our two seniors, and we did a lot of stuff throughout the week and, including on that day specifically, to highlight the seniors … and the sacrifices that they’ve made for our program.”

Jason and Sills are decorated swimmers who have seen plenty of success at Tulane, each going into the record books on multiple occasions. Jason, who hails from Port Allen, Louisiana, has the second-best time in the 100 breaststroke and the third-best time in the 200 breaststroke. Sills, from Suwanee, Georgia, has the eight top overall times in the 200 fly. Both swimmers helped Tulane earn a second-place finish at the American Athletic Conference Championships in 2015.

“Honestly, I thought [Jason’s and Sills’] relay swims were really outstanding,” Robinson said. “Individually, they were strong as well. They’ve continued to be strong for our team for a long time, and I didn’t see any change in that on Saturday.”

The Green Wave saw excellent performances against the Tigers from its distance swimmers, particularly its younger swimmers. Freshman Morgan Tacik finished first in both the 1000 freestyle and the 500 freestyle with times of 10:19.40 and 5:02.72, respectively. Sophomore Lena Hayakawa notched a second-place finish in the 200 freestyle.

The swimmer’s efforts were not enough to down LSU, who handed the swimming and diving team its fifth loss of the season, and its first and only home loss. After the team rests for a month, it will return to the pool on Jan. 6 to compete against Alabama in Reily, in its second home appearance, looking for its first home win.

“… [W]e will get back, and we will have a week of training prior to Alabama,” Robinson said. “I can’t ever be afraid to swim against some of these tough, top well-developed programs. I think it’s important for me to do that. We’re going to do the best we can and we’re going to keep making improvements all season long.”