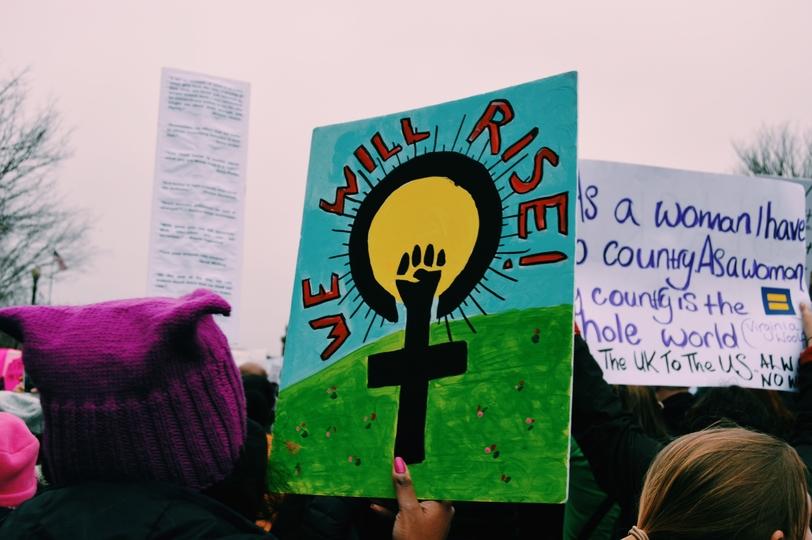 Upon registering for the Women’s March on Washington, I joined this movement with numerous reservations. The biggest concern I had was that this march was not going to address the struggles and harsh realities of women of color as the pertinent issues they are.

As a black woman, I signed up halfway expecting—as per usual—to be one of the few people who looked like me and halfway excited to be a voice to speak up on the issues that all black women and other women of color are facing every day.

Another concerning matter was that D.C. was experiencing volatile situations following the inauguration. Needless to say, I was terrified, but I still felt that I had a purpose for going to this march and I wasn’t going to let prejudice stop me.

When I arrived at Reily Student Recreation Center to leave, however, I realized that I was among friends and a community who were there to support me. I was pleasantly surprised when I was able to have conversations on the bus about Black Lives Matter with people who understood the purpose of the movement, discuss the inauguration that happened the day before and become empowered after hearing stories from girls from different races, sexual orientations and home states about why they decided to march.

Albeit slowly, I let my guard down and allowed myself to form bonds and camaraderie with these incredible people I had met.

Getting into Washington D.C. was no different. I speak in complete honesty when I say that I have never seen so many people of different races, genders, sexual orientations, religions or personal identities getting along so seamlessly. Holding doors for one another, making space on immensely overcrowded trains, allowing others to pass along the streets and sidewalks and not allowing the hateful comments of those against the march to phase or divide them. I know that many might say people should not be applauded for exercising common courtesy, but given the political and social climate of this country, I was incredibly moved.

During the program and march themselves, I saw women from all aspects of life from the president of Planned Parenthood to U.S. congresswomen to celebrities like Scarlett Johansson and Janelle Monae all proclaiming intersectionality and acknowledging the rights of all woman, trans, women of color, poor and otherwise marginalized, needed to be acknowledged in the movement.

While my personal experience at the march was better than I predicted, I fully acknowledge that this march has issues to resolve going forward.

First, given the history of segregation and exclusion in marches like this, it’s understandable why people of color feel like they aren’t welcome. While this event proved to be very inclusive, I think in the future it needs to be better advertised that people of color are welcome and valued.

Second, many felt that the “pussyhats” worn in support of the march, which were not produced or marketed by the organizers, suggested not only that genitals equate to gender identity but also that the march was excluding the rights and struggles of transgender individuals, which was most certainly not the intention nor the reality of the march itself.