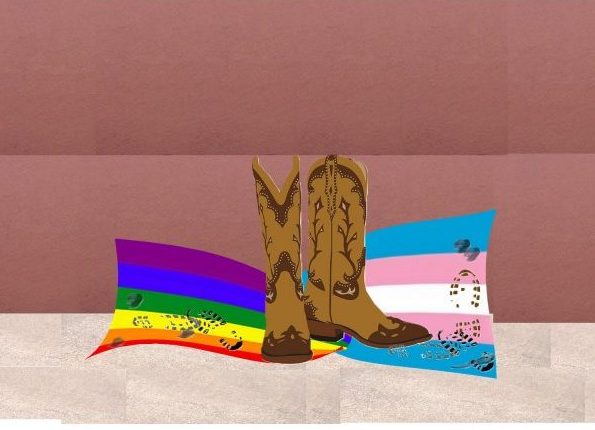 New Orleans is seen by many as a queer cultural hub, with award-winning bars and clubs like Oz New Orleans and the annual Southern Decadence festival.

While the city may seem like a welcoming space, some members of the queer community feel these well-known spaces are extremely exclusive and cater primarily to cisgender white queer men. In addition to the problematic nature some feel engross the popular queer club scene, the areas around Tulane University and Loyola University New Orleans are, for many, a hostile place.

“I’d never been to the Boot [Bar and Grill],” Loyola senior Twila Gaston said. “So we go, and my girlfriend and I start dancing with each other and all of a sudden, a group of straight girls starts taking pictures of us and laughing at us.”

Though LGBTQ Nation ranked New Orleans as one of the top ten “most LGBT-friendly cities in the United States” in 2016, some students feel that, because Tulane’s student population consists of people from outside the city, there is an effect on “LGBT-friendly” environments.

Gaston said she believes that this experience, and many others like it, directly correlate to the close proximity of the Boot and The Palms Bar and Grill to Tulane and Loyola.

Tulane senior Summer Lawson said she has had similar experiences at The Boot. Lawson, who identifies as queer, said that she feels expressing affection toward her girlfriend in primarily straight places, such as The Boot, has elicited inappropriate responses from many clubgoers.

“There have been so many times at The Boot, and I would be with my girlfriend, and the guys would be like, what, make out to prove it,” Lawson said. “I feel like Tulane going-out spaces are just so heteronormative and sexually driven, that if you express interest [in a queer manner], they immediately sexualize it in their heads.”

There are very few queer-specific bars within walking distance of Tulane and Loyola, making it difficult for some queer students to find social spaces that are accepting of public displays of affection and queer romance.

More frequently, however, local and pop-up bars, like The Willow and GrrlSpot, host weekly events in an attempt to create a queer-friendly bar environment. These bars serve to provide a safe space for queer college students to express their affection in an open manner without the threat of hostile reactions.

“It’s cool because that’s the first time in my college experience where something has been set up for … queer college kids to hang out and socialize with each other,” Gaston said.

Tulane junior Sophia Wunch said they feel like the issue of safety is a concern in these spaces. Wunch said they believe straight people, who would normally frequent The Boot, are increasingly attending these queer events. Their presence, along with lewd comments made by certain individuals, creates an environment of fetishization.

“I try to avoid gay clubs because I feel sort of uncomfortable there,” Wunch said. “Something I’ve noticed is straight dudes invading queer nights at bars, most recently Spectrum [LGBT+ Night] at The Willow, in an attempt to see ‘chicks making out.’ Queerness is not a fetish.”

Lawson said instances like these are a result of the overall culture at Tulane. Since Tulane’s nightlife is hypersexual as well as hyper-heterosexual, queerness is reduced to a fetish in many spaces. For Lawson, this exotification is a strong deterrent for queer individuals trying to navigate romantic and clubbing spaces at Tulane.


There was an issue submitting your request.
2
0