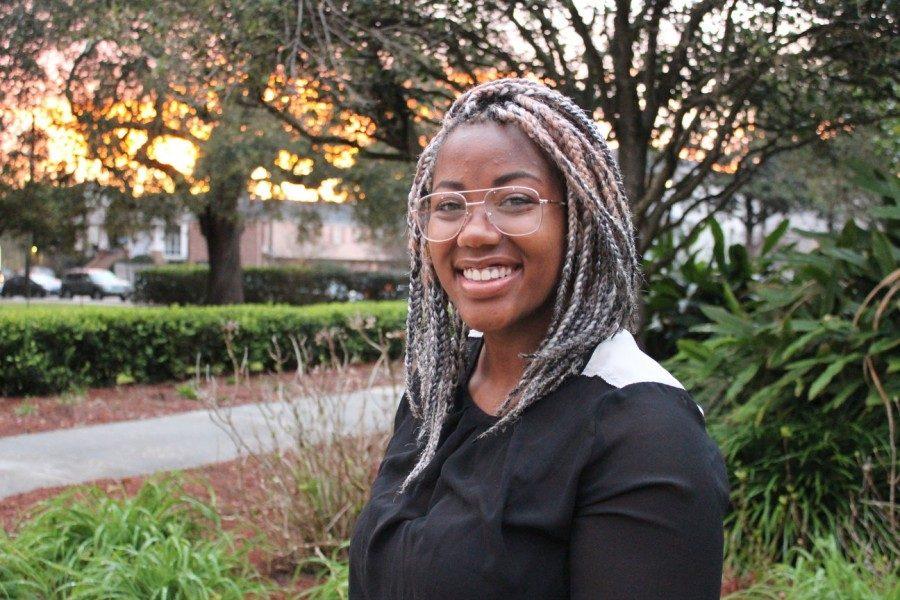 Business-minded with a creative spirit, freshman Lexi Frame navigates her first year at Tulane through engaging with her community and doing hair. For Frame, doing natural hair has become more than just a means of making cash but rather a way to connect with both her roots and other black women on campus.

“It’s cool that I can market here because there’s a community of black people here that I can branch out to and make friends with,” Frame said. “I feel like braiding hair is actually a really social thing that people don’t really think about. There are people who I’ve only talked to twice around campus, but then you’re braiding their hair, so you’re by default forced to spend five hours with them.”

Frame began to delve more into natural hairstyling when she went back to her natural hair as a sophomore in high school.

In the black hair community, “natural” hair signifies that the hair has not been altered by any chemical straighteners such as relaxers or texturizers. Frame’s initial interest in natural hairstyles was supported by YouTube tutorials that taught her many styles she would later go on to experiment with on her own hair. Bantu knots, twist-outs, box braids, crochet braids, Senegalese twists and weaves are among the many styles Frame can do.

Though she learned to do natural hairstyles for her own sake, one of the main reasons she sells her services on campus is because the black hair culture in New Orleans differs greatly from that of her hometown of Bolton, Connecticut. According to Frame, fewer natural hair shops thrive in New Orleans compared to other cities. Women who want their hair done instead go to family members who are able to do their hair.

Frame said she saw a large flaw in this system. She soon realized that with competitive prices and a well-demanded service, she could successfully launch a small business from her residence hall room.

“If you don’t have a cousin who can do your hair, who’s going to do it for you?” Frame said. “I’ve realized that it’s definitely a niche market that I can play into, because … there’s not natural hair salons down here.”

Running a small business is not new to Frame. Back home, she and her mother sell homemade soaps through the crafty e-commerce website Etsy. Frame also sells her visual artwork online and said she recently started making lip scrubs, which she wants to market and sell here at Tulane.

“I’ve been pretty comfortable branching out and selling things that I can do,” Frame said.

Hailing from a small, predominantly white, town, Frame hasn’t necessarily always felt the welcoming sense of community that she has received in New Orleans. She said her high school bussed students from the city — a majority of them black — out to her high school. She believes this dynamic caused a rift between the local students and those traveling, leaving her to feel out of place in her own hometown.

“I distinctly remember … in one of my French classes one of them was like, ‘I’m the only black person in this room’ and I was like, ‘Um, hello?’ and she was like, ‘Well, you don’t count,'” Frame said. “I guess she was going off of the idea that I didn’t grow up with the same experiences as her, but there’s a lot more to being black … It distances people and it divides people up and it plays into stereotypes when you’re thinking black equals ghetto or black equals city life.”

For Frame, doing hair combats these divisions. After coming to Tulane and finding a community of people she enjoys, she feels more accepted.

“When I came down here and I started doing other people’s hair, I met people, and then I found out we connect on so many levels.”

Donate to The Tulane Hullabaloo
$1510
$2000
Contributed
Our Goal
Submitting donation...


There was an issue submitting your request.
3
0