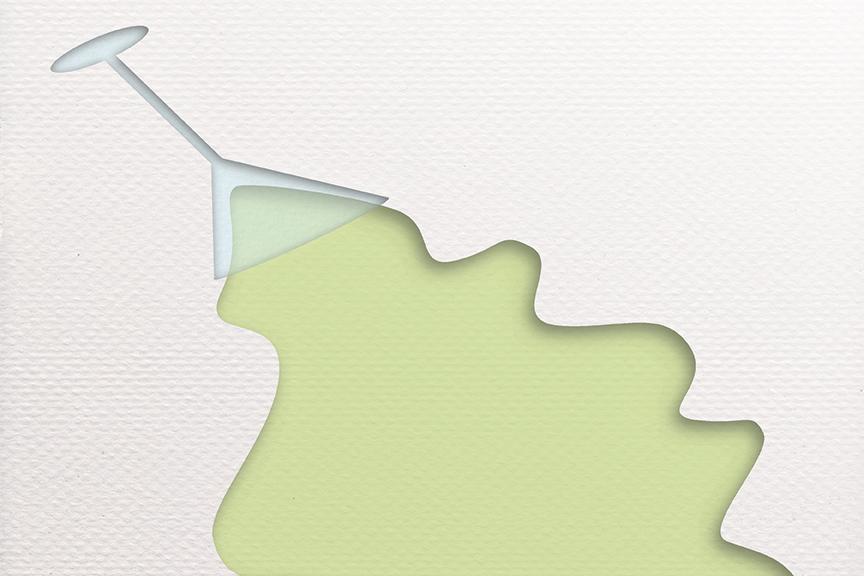 At a Top 10 party school like Tulane, drinking is commonplace for many students. It can be fun and liberating but also dangerous in a country where 15 percent of female college freshmen experience sexual assault while incapacitated  either by alcohol or drugs.

A popular method for assaulters to incapacitate victims is using date rape drugs. This threat makes the college environment harder to navigate.

For many students like junior Hannah Meyers, the first step after suspecting they may have ingested a date rape drug is unclear.

“I would go to my friends first and see if they knew, but the first thing I would think of would be to go to the hospital,” Meyers said.

A first step recommended by Hannah Novak, Sexual Aggression Peer Hotline and Education program manager, is to call the SAPHE hotline. Talking to a SAPHE member allows students to get support from their peers and become informed about the resources available to them.

“I don’t know that students are entirely aware of what their options are, and that’s why we have organizations like SAPHE so that they can be a contact point to counsel individuals on their options or how to seek help for a friend,” Novak said.

If a student believes they may have ingested a date rape drug, getting help can feel like a race against time. Many of these drugs exit the body within hours, leaving victims with no trace of the crime committed.

Rohypnol, a common date rape drug, reaches its peak level in the blood one to two hours after ingestion and is typically undetectable within 72 hours. Other drugs such as gamma-hydroxybutyric acid, commonly referred to as GHB, can become undetectable in as few as three to 12 hours depending on the dosage. Factors like using the bathroom before submitting a urine sample for testing can shorten this time frame and make the drugs undetectable even sooner.

As date rape drug ingestion can lead to attempted or completed sexual assault, access to accurate test results can help victims pursue legal routes or understand what has happened. These drugs can cause memory loss and confusion, among other effects, and those who have been a victim of a date rape drug or related sexual assault may not remember it.

According to Scott Tims, assistant vice president of campus health, the biggest issue with testing for date rape drugs is that the majority of students seeking services request testing after the drug has exited their system and is no longer detectable.

“The [Student] Health Center will always work with students to determine the best course of action,” Tims said. “In most cases, we do not see students in time to administer such tests.”

Tims said the Student Health Center works with victims to reduce or eliminate costs for services when they administer these tests before the drug has left the patient’s system.

The cost of drug test services at the SHC can range from $50-100. That figure is on the lower end of the spectrum, as larger schools like the University of Ohio charge students $260 for a date rape drug test. On par with Tulane, the University of Notre Dame costs $50 per test.

Sophomore Samm Clark said she did not know the SHC offered date rape drug tests and that she did not believe it was well known or accessible around campus.

“When Tulane doesn’t promote these services to its students, it helps to aid the cycle of abuse in the system and condone sexual assault on campus,” Clark said.

Aside from on-campus options, students can seek after-hours care at the University Medical Center, which is home to one of the leading sexual assault crisis centers in the region. The Sexual Assault Forensic Exam Center, formerly known as the Sexual Assault Nurse Examiner Center, provides tests to detect the presence of date rape drugs as well as full rape kit exams.

Members of the Tulane community, such as the Student Affairs Professional On-Call and Case Management and Victim Support Services staff, can transport students to the SAFE Center at any time and stay with them for support. The services provided at the center are free, funded by the Family Justice Center.

Novak said programs such as the SAFE Center are critical to providing free services for survivors. These services allow students to secure evidence that could make a difference if they choose to file a report or press charges.

“The use of drugs categorizes the action as premeditated and can help gain justice for the survivor,” Novak said. “There is already far too high of a burden on survivors. They absolutely should not have to pay for emergency services like a forensic exam, testing and treatment.”

Myers said that she was unaware this option existed and believes the university should advertise the service better, either through a community-wide email or promotion by the SHC.

According to Title IX Coordinator Meredith Smith, Tulane has provided UMC medical professionals with the phone numbers of administrators who can be reached 24/7. Students who transport themselves to the hospital or arrive without a Tulane advocate can request one to be by their side throughout their entire exam.

“I would highly encourage any student to allow us to get them to the University Medical Center for any examinations they feel comfortable with and including to get testing for being drugged,” Smith said. “They are really compassionate, wonderful people there.”

Many of the professionals who work at the SAFE Center are also a part of New Orleans Sexual Assault Response Team, as are Smith and CMVSS Assistant Director Julia Broussard.

SART is a collaboration of agencies that work together to strengthen New Orleans’ response to sexual assault. Smith said that as a member of SART, she will be working with a group of local bartenders to train them in identifying and preventing situations in which a bar patron may have been slipped a date rape drug.

Students can still report incidents to the Division of Student Affairs or tulane.edu/concerns regardless of if a drug test was conducted. Smith also said these reports could help administrators identify patterns of incidents that can lead to further investigation.