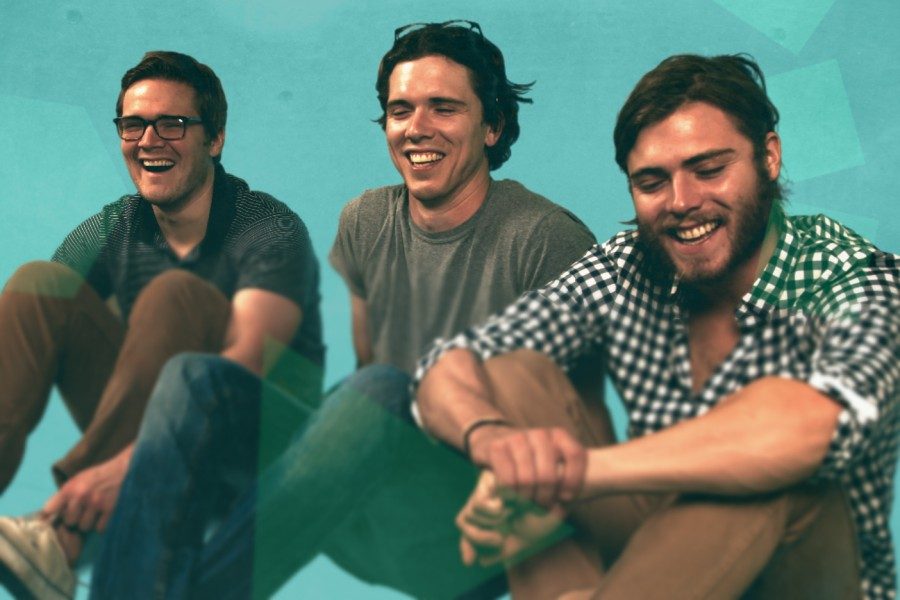 From doors to final encore, Gasa Gasa was a party on Saturday night. Both the opening act Alexis & The Samurai and headliner Cardinal Sons gave the audience a show to remember.

Both groups highlighted the intimate setting by engaging with the crowd between every song, singing and dancing for each other’s performances and grabbing drinks with concertgoers.

Alexis & The Samurai opened the show with its third performance of the day. Band members Alexis Marceaux and Sam Craft immediately enchanted the crowd with their endearing nature. Marceaux in an interview with GoNola.com in 2014 said Cardinal Sons was her favorite local band, and she let her fan girl flag fly.

Alexis & The Samurai’s music was only strengthened by the insane number of instruments on stage. The drums, guitars, keyboard and microphones were not enough as the duo kept the rhythm by using their bodies as instruments. From stomping and clapping, they hit all the right notes for an amusing concert.

Marceaux eplained the meaning behind some songs, allowing listeners to gain a deeper connection not only to the lyrics but also to the duo.

When the band’s set ended, Marceaux stood front and center for Cardinal Sons.

As the brothers took the stage, their excitement filled the semi-packed venue.

Playing music off its previous EP and sharing new songs that were just released on its cassette – don’t worry, the cassette has an online download code – Cardinal Sons played everything from party hits to ballads, giving everyone in the audience something to appreciate.

From the first lyric until the final drum solo, Cardinal Sons captivated.

“The crowd was great,” lead singer and guitarist John Shirley said. “I don’t know how many people came, but everyone seemed to enjoy it. The people right up front were dancing a lot.”

The brothers called Marceaux to join them for a song for the, hands down, greatest part of the night.

It wasn’t, however, just three Shirleys in the room. John, Joe and Dave Shirley’s dad, who John cites as his biggest musical influence for his Puff the Magic Dragon renditions when he was a kid, was in the audience supporting his sons in their musical endeavors.

“It was good [performing in front of our dad],” John Shirley said. “He’s come to a lot of our shows, and I can always tell it’s a good one when my dad’s there and he’s on the verge of tears. [Tonight’s show] was good.

The performances by these two New Orleans bands left little to be desired and showcased the charm of local bands.