Students push for redefinition of safety on campus 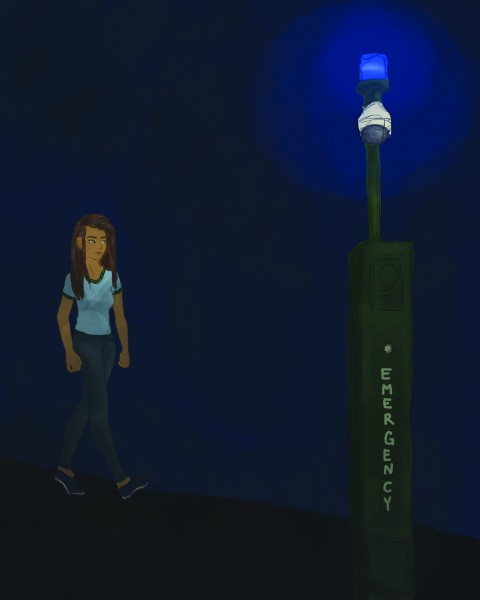 In 2016 there were “2,439 complaints that had to do with issues of race” within educational institutions according to the U.S. Department of Education.

In light of this statistic and the current political climate, some students are asking for the definition of safety to include issues involving race and sexuality.

The past definition of student safety used by Undergraduate Student Government focused on the relationship between Tulane University Police Department and students, emergency services and the mass notification system, according to USG President Sam Levin.

Within this definition, some students feel as though their safety needs are ignored.

“As a student of color, I feel like my safety needs have been constantly ignored,” freshman Semhal Abbady said. “… I don’t think someone is qualified for this position if they don’t value how I feel and my opinions as a student of color.”

The role of the Student Safety Committee involves “fostering communication between students and TUPD, Tulane Emergency Preparedness, Facilities Services, Transportation Services and Student Affairs in order to develop a safer campus that empowers every student,” according to the USG website.

The director of student safety mainly serves as a liaison between USG and TUPD, but some students want the position to be responsible for communicating issues and incidents that may make students feel unsafe as well.

“There was a move to get more TUPD on campus,” senior Katalina Euraque said. “There was completely a lack of conversation on the fact that for a significant amount of population … that didn’t feel more safe.”

Concerns were raised at the senate meeting about sophomore Abigail Michel, USG cabinet nominee for director of student safety, and her ability to make all students feel safe. Michel’s nomination was not approved by the senate on Tuesday.

The concerns focused on previous Facebook posts made regarding student protests and the value of safe spaces on campus.

“She referred to students of color fighting for their rights post-election as toddlers … yelling, marching around and demanding resources [in a Facebook post],” Senator Josh Rosenbaum said.

Michel addressed the dialogue surrounding the concern and stated that she would separate her political beliefs from her actions in the position.

“I realize the Facebook post was inflammatory, and that is not the type of leader I intend to be,” Michel said.

Levin said the competitive interview process chose from four candidates and included representatives from TUPD and the assistant vice president of emergency preparedness. Moving forward, Levin said he plans on rethinking the position to be more inclusive of all communities.

“I will be making sure that they look for new aspects to make sure that it is more inclusive for marginalized students while also incorporating the senators and students who voiced their opinions,” Levin said.

Tulane Black Student Union President Will Smith said he believes that USG does not always consider the needs of students of color when making safety decisions for the entire student body.

“[USG] seems to focus on the student body as a whole, but it doesn’t really consider people of color as part of the whole,” Smith said.

Given the concerns of various students and senators, Vice President for Student Life Khristyan Trejo said the executive board is rethinking how USG defines student safety.

“[USG is] challenging the way that we are thinking about student safety, moving away from just doing a relationship with TUPD, into different ways in which we can outreach to different communities.”

There was an issue submitting your request.
9
0