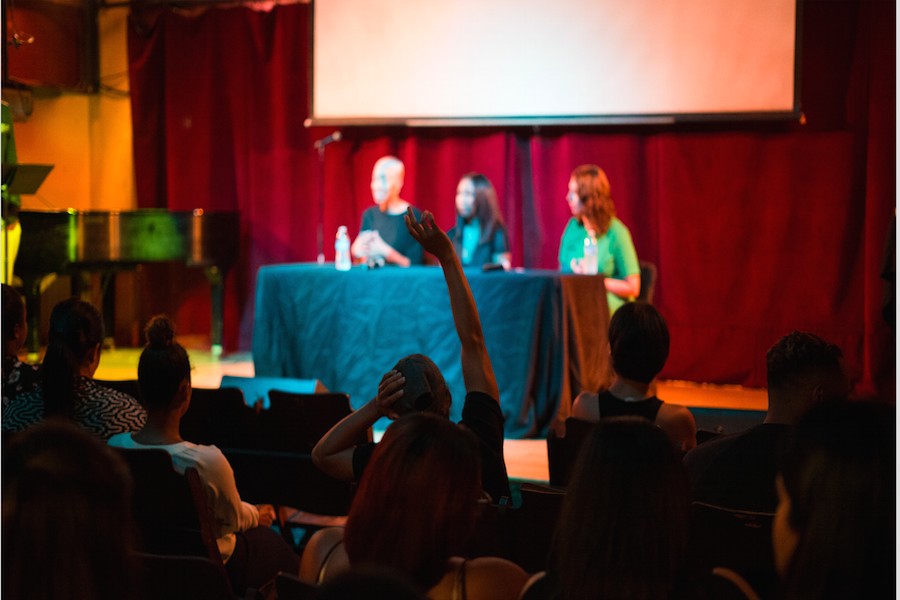 MoVE hosted a “Panel to Find Our Own Paths” focused on millennial political engagement Aug. 9 at Cafe Istanbul in New Orleans.

If half of the millennials in New Orleans voted in local elections, what could they accomplish?

In a city in which 30,000 votes generally decide mayoral elections, Millennials Voter Engagement Initiative, a project aimed at mobilizing young voters, was founded on the notion that millennials can make or break an election. If, that is, they vote.

“One of the realizations we had was that politicians listen to two things: money and votes,” MoVE co-founder and Tulane senior Bobby Mannis said. “Young people right now don’t have a lot of money and aren’t voting like older people.”

MoVE stands behind the idea that the collective voice of millennials can be channeled into voting power. The organization wants to empower the 18-35-year-olds of New Orleans to register to vote, discuss and educate themselves on the issues and, above all, to vote.

Mannis, along with LSU senior Clarke Perkins and Bailee Stewart, an LSU graduate and current graduate student at Southern University at New Orleans, said they began the initiative in an effort to change the way politics works in New Orleans.

“All three of us just really want to see our generation be brave and put our best foot forward,” Perkins said. “We’re trying to lead that, and I think MoVE is the beginning of a really long path, but it’s the start.”

The MoVE founders hope that Tulane students will get involved with the initiative and learn more about the politics of their collegiate city.

“Even though they may not be from the city, they have love for the city, and it’s a city that they do care about greatly,” Perkins said. “If that is the case, then you can come out and you can canvas with us and you can knock on doors with us. … If this is a city you care about, then you would want to see great change in it.”

“If you’re here, if you’re part of the society, if you’re a part of the city, I think it’s really important to get involved, get educated and get voting to make sure that a vision for an even better New Orleans is enacted,” Mannis said.

Toward the end of the night, attendees pulled out their phones to vote on priority issues for MoVE’s platform. Public safety and gun violence, economic growth and jobs, healthcare, livable wages and K-12 education ranked as the five most important issues.

Attendees were encouraged to work alongside MoVE planning, volunteering and organizing. Awareness of local politics surfaced several times throughout the night as the gateway to political engagement.

“When you know the issues you can act on them, and when you don’t know the issues and you just tell people to vote, you’re not going to get people involved that way,” attendee Rachel Lockhart said. “So you gotta know the ‘why’ to understand the solution.”