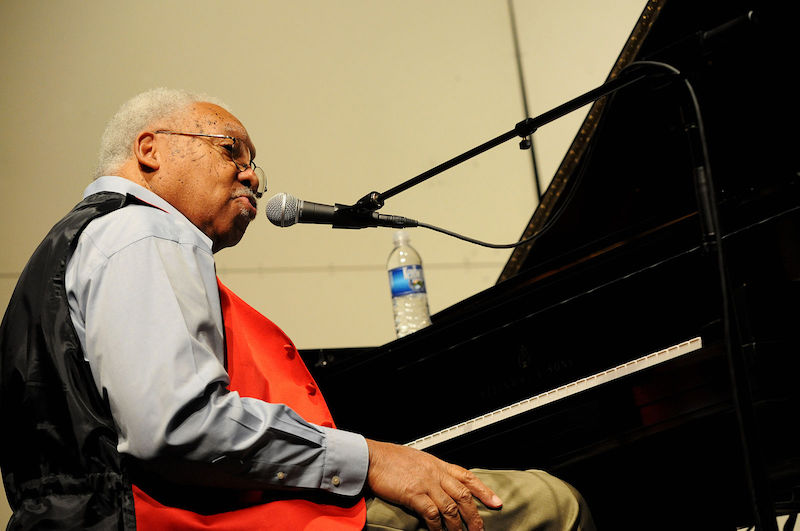 Ellis Marsalis is a jazz icon, even if he doesn’t intend to be. The music legend, father of Branford, Wynton, Jason and Delfeayo Marsalis, recipient of five honorary doctorate awards and foundational figure in New Orleans jazz education, doesn’t really care about his reputation.

“I really don’t think much about a legacy …,” Marsalis said. “Like I said, when it comes down to it, as long as I can play and continue to enjoy, that’s just what I intend to do.”

Born in 1934, Marsalis began music lessons at age 11. He started listening to jazz on the radio and asked his mother to buy him a clarinet. Eventually he moved on to the tenor saxophone and then to the piano.

At the time, the New Orleans music scene was focused on Dixieland, a traditional style of jazz that was inspired by ragtime, military brass bands, the blues and gospel music. Marsalis, however, was interested in the rhythm and blues he was hearing on the radio, influenced by artists like Charlie Parker and Dexter Gordon.

Marsalis joined forces with Harold Battiste, Alvin Batiste and Ed Blackwell, moved to Los Angeles for the summer of 1959 and recorded his first album, “American Jazz Quintet.” He moved back shortly afterward to join the Marine Corps.

“I heard from our recruiter in the Marine Corps and he said, ‘Well if you volunteer for the draft you can do two years and be done,’ and that sounded good to me,” Marsalis said.

While in the military, the pianist joined a quartet called the “Core 4” and appeared on television, fulfilling his service by playing music. After two years, Marsalis returned to New Orleans, married his wife Delores Ferdinand and started a family.

As his children grew up, they too gravitated toward jazz. Of his six sons, four are musicians.

One of his sons, Wynton, is the first person to win the Pulitzer Prize for Music for a jazz composition. He has also won nine Grammy Awards and is the artistic director of jazz at Lincoln Center for the Performing Arts in New York City. Another son, Branford, served as the musical director for the Late Show with Jay Leno, has won three Grammy Awards and was called “arguably the most respected living U.S. jazz instrumentalist” by the Las Vegas Sun.

When asked what it’s been like to watch his children earn critical acclaim and unbridled success, he responded, “It’s good, you know.” Marsalis is a man of few words and many melodies.

As the patriarch of a legendary jazz family, Marsalis found the best way to ensure his sons’ success was to provide them with the best education possible and not predetermine whether they entered music. As a teacher in the New Orleans Center for Creative Arts, Marsalis taught Wynton and Branford, along with his other sons Delfeayo and Jason, in addition to famous jazz musicians Harry Connick Jr. and Terence Blanchard.

Marsalis spent a bulk of his career teaching at universities, instead of touring the country and recording music. He later went on to record a number of albums in the 1980s and onward, including “Fathers and Sons,” an album on which Wynton and Branford are featured.

In 2001, Marsalis retired from UNO and has been performing ever since. The pianist said he views jazz as a practical tool and an activity in which he takes great pleasure.

“I really do enjoy it,” Marsalis said. “I don’t have a job where someone can say, ‘you have to retire.'”

Newcomb-Tulane College has booked Marsalis to perform at 7 p.m. this Thursday in Dixon Hall.