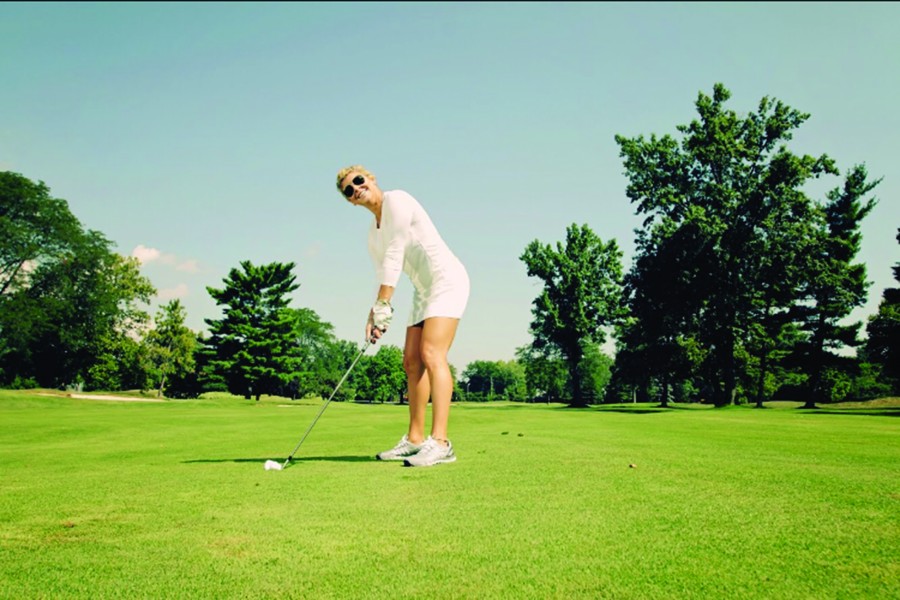 Samantha Troyanovich prepares to putt in a tournament. Troyanovich golfed for the Green Wave from 2008-2012.

Former Tulane golfer Samantha Troyanovich is well on her way to qualifying for the Ladies Professional Golf Association. Recruited to Tulane in 2007, Troyanovich was among the first to be signed to the revived Tulane golf program after its temporary post-Katrina hiatus.

The Tulane golf team was ranked 11th in the nation before Katrina, but the effects of the storm took a toll on the team’s ranking. Troyanovich and the rest of the new recruits, however, quickly brought the team back with conference championship wins in 2009 and 2010.

“It was cool to rebuild the program and kind of start the team over and see where we could get and we did really well …  I played all four years there,” Troyanovich said. “I absolutely loved my time at Tulane and New Orleans.”

Troyanovich has been golfing since she was a child, though the game took a back seat to the variety of other sports she played in school. After realizing she wasn’t tall enough to play volleyball in college and that she didn’t want to rely on another teammate to practice as she had for tennis, golf started to become more of a possibility.

“My mom’s a really good golfer. She has played in two out of the last three women’s amateurs, which is a USGA golf event. But I hated it till I was 16,” Troyanovich said. “I thought it was super secondary, I thought it was really boring. And I played like four other sports in high school and on varsity teams, and golf was just kind of one of those things that I did and I ended up getting pretty good at it, and I was like, ‘Oh, let’s give this a shot.'”

Troyanovich took a break from golf to get her masters in accounting from Tulane and work for Sue Bower, former Tulane athletics director and golf coach, as she coordinated outreach programs for student athletes and athletics staff. The lure of the game proved too strong, however, and soon Troyanovich was looking to play professionally.

“Once I finished both my undergrad and my masters it was May 2013, and I was like, ‘alright, let’s try  to play golf again.’ I kind of bopped around a little bit. It took me a couple years to kind of get a hold on what I was doing,” Troyanovich said. “I was living in Chicago first, and then I made a move down to Florida, which proved really beneficial to me and to my career and what I’m doing, and so it’s been good.”

Troyanovich made it through the first stage of the LPGA qualifying school in Palm Springs, California, this August, where she tied for 38th in a competition of 360 women. The second stage takes place in Venice, Florida, in October and will help determine whether Troyanovich will be playing the LPGA or Symetra tour next season.

“It’s pretty challenging. The jump from college golf to professional golf is a big one, but I think Tulane and my coaches and teammates prepared me for it really well … It’s a grind, being in a different bed every week, a different state, different city. It’s hard. It’s a lot of work, a lot of sacrifice, but obviously the outcomes are gratifying.”