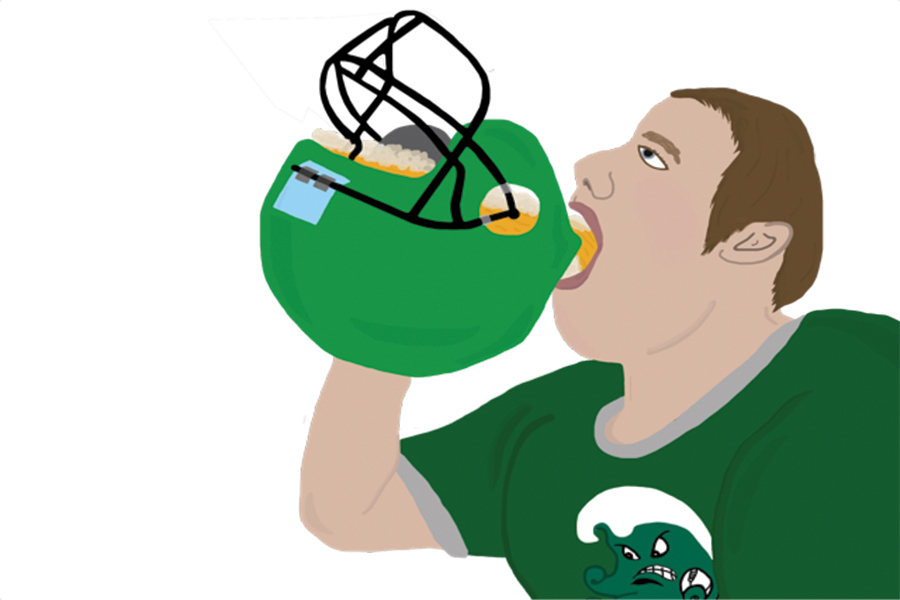 Number one. That is the primary focus in athletics. Being the best is the ultimate goal.

Tulane has achieved the title of No. 1, though not in athletics – on the list of party schools in the U.S., according to The Princeton Review. But some wonder whether or not this win has come at the cost of another. The concern is that the party culture on Tulane’s campus will prevent its athletics teams from ever achieving top rankings of their own.

One aspect of the athletics program affected by the drinking culture is recruiting. Potential recruits’ knowledge of the school’s drinking culture and ranking as a party school can make the process of luring athletes to Tulane more difficult.

“For us, an elite-level student-athlete wants to come into a place where they believe the focus is on elite-level academics and elite-level competition, so this is something that you have to explain away,” Director of Athletics Troy Dannen said. “I don’t think we have one incoming student athlete that would say, ‘I came or was influenced to come because Princeton Review ranked this as such-and-such.’ It is not, in any way, an advantage or an asset.”

In responding to the new status, the University and Athletics Department choose not to bring up the ranking to potential students.

“What we do is, rather than address that, is show the realities of what the institution is,” Dannen said. “We get a lot of kids here because we’re a top 40 academic institution, and they want to come and perform at a high level in both areas … so the assets of the institution speak for themselves. That’s what we focus on.”

The drinking culture also provides a challenge for the student-athletes who already play for Tulane, as they must remain disciplined in their practice regimens and focused on their responsibilities as student-athletes.

“One of the things we focus on with our athletes, every day, from the day they get here, is take good care of themselves,” Dannen said. “I think one of the things that we’ve been able to use that ranking with the current student-athletes is to reinforce the need to take care of yourself.”

Athletes are not the only ones impacted by the campus culture. Drinking also affects student attendance at games. Tailgating before football games serves as an opportunity for students to drink before games, which can impact whether or not a fan actually attends the game.

“I guess here, it seems like at games, it is more about drinking and less about the actual sports, so I definitely think that puts a negative light on our athletic programs because people aren’t really worried about going to games and seeing how the football team is doing,” junior Sara Nethercutt said. “They’re more worried about going to tailgates and drinking and having fun there and then not going to the games.”

In the Green Wave’s first two home football games after being ranked the No. 1 Party School, attendance has been low. Despite winning games again Grambling State and Army, attendance was 15,940 and 16,643, respectively, the former being the lowest for a season opener in the history of Yulman Stadium, which seats 30,000 people.

“Pregaming before games is definitely a big thing here, so I definitely think that while they get rowdy, sometimes it’s a little bit too rowdy, and then if they want to leave and go party afterwards, they don’t necessarily hold out for the team,” freshman Ashley Harris said. “They kind of just do their own thing, and drinking is definitely a little bit more important than football is here.”

With alcohol sold inside Yulman Stadium and a newly introduced Green Wave-branded beer, games can also be opportunities for alcohol consumption for the fans who do make it past the tailgate.

After reaching the top of the rankings, the administration has attempted to change some of the ways that students engage with Tulane athletics.

“Our goal is to change the culture at Tulane and shift the focus from binge drinking to celebrations of music, food, creativity and community, which certainly includes football games at our beautiful on-campus stadium,” President Mike Fitts wrote in a statement to the Tulane community.