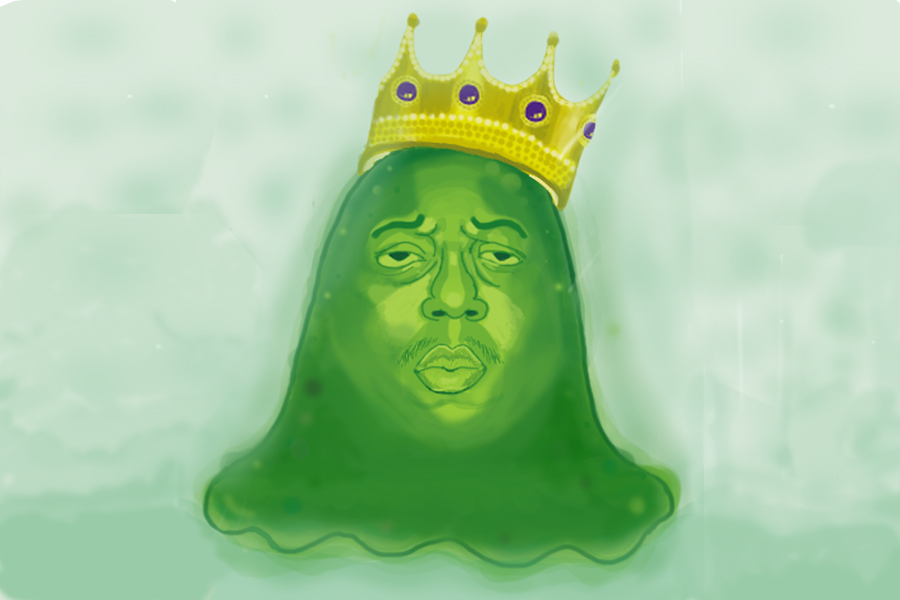 Tulane has come a long way in reconciling and acknowledging its racist history, but its lack of racially diverse staff and faculty can sometimes result in unintentionally offensive decisions.

On the large screen in the Lavin-Bernick Center for Student Life, the flu shot promotion shows the green character with Biggie Smalls’ physical features: large lips, wide-set nose and a lazy left eye.

The “Notorious F.L.U.” has a tilted head, furrowed eyebrows, wearing a crown and chain, a direct reference to Biggie Smalls’ iconic “King of New York” photo.

The creature wears this crown on the Campus Health OrgSync page and on the Tulane website. In other platforms, the “Notorious F.L.U.” is seen as a villain, like on the Facebook event, the booger is dressed like Darth Vader, and the promo is titled “RETURN OF THE NOTORIOUS FLU.”

Villainous representations of black men are not new in American media. According to Dr. Darron T. Smith, a sociology professor at the University of Memphis, popular media represents black men as one-dimensional tropes like “the comedic relief” or “the violent black man.”

These simple images influence personal ideas and racial attitudes about black people and perpetuate stereotypes that are used to justify institutional racial inequities.

It is important to be mindful and respectful of the significance and history of different influences in any form of media, especially when using an inspirational figure like Biggie Smalls.

Biggie was murdered at 24 years-old. Though he had his faults, Biggie permanently impacted rap and hip-hop and lives on with his musical mentees, friends and family.

To dehumanize someone so significant to a culture to the point that they are a literal germ caricature is disrespectful. While this lack respect may be unintentional, individuals, organizations and institutions should be more mindful of the subtle messages they portray.