“Even the Titanic had survivors” 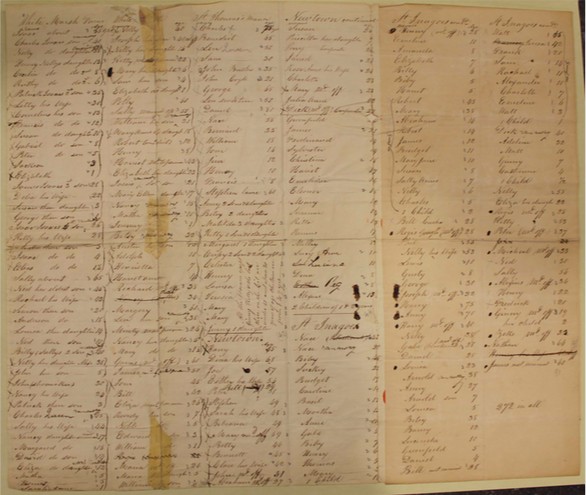 Courtesy of the Georgetown Memory Project

According to Cellini, a senior member appointed by Georgetown’s president to a working group tasked with brainstorming potential university-wide responses to the school’s ties to the slave trade told Cellini all 272 of the enslaved people sold in 1838 had died of a fever soon after they arrived in Louisiana, leaving no trace and no descendants.

“[This] struck me as preposterous. I mean, you know even the Titanic had survivors …” Cellini said.

Frustrated and with a Google search bar as his only initial tool, Cellini began to search for some of the 272 and their descendants on his own. Within 15 minutes, he found two of the enslaved people sold by Georgetown and one descendant. Within days, his informal pursuit of answers became the Georgetown Memory Project.

Independent from the university, GMP has found 212 of the 272 enslaved people so far and more than 5,000 descendants, many of whom still live in Southern Louisiana. As far as Cellini knows, it is the only systematic effort underway to identify and locate the enslaved people and their descendants.