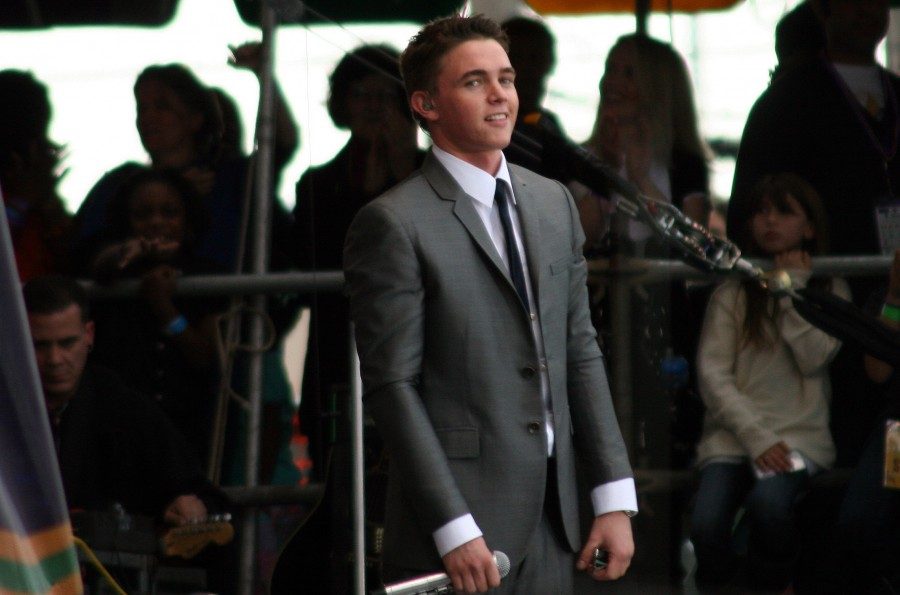 Jesse McCartney comes to Tulane for Homecoming 2017. The Disney channel star and teen heartthrob visited Metairie, LA in 2009 to perform.

Jesse McCartney to grace Tulane with his “Beautiful Soul”

After Voodoo Music + Arts Experience, featuring little-known and mediocre artists like The Killers and Kendrick Lamar, Tulane is in for a refreshing change as Tidal Wave brings musical prodigy Jesse McCartney to perform at 7 p.m. Thursday on the Lavin-Bernick Center for University Life Quadrangle.

Whether it’s his guest appearances in The Suite Life of Zack and Cody and Hannah Montana or his esteemed “Beautiful Soul,” McCartney has a special place in everyone’s heart. Though McCartney no longer has that baby face and Bieber-esque flow, he’ll make his appearance on Thursday as the new and improved Leonardo DiCaprio look-alike he is. Age can take away hair color, but let’s hope it can’t take away that twangy voice we all adore.

McCartney made his musical debut when he joined the boyband Dream Street in 1999. This role set him on the path to becoming the heartthrob and solo artist he’s known as today.

Since then he’s released four albums, including “Beautiful Soul” and “Right Where You Want Me.” That high-pitched and precious voice landed him roles in animated films like “Alvin and the Chipmunks” and  “Horton Hears a Who!” McCartney has also made multiple film appearances, including his star role in “Keith.” He has even been nominated for a Grammy Award and a Daytime Emmy Award. What can’t he do?

Just because McCartney hasn’t had a Top 100 hit since 2010’s “Shake” doesn’t make his classics any less catchy. Whether you like it or not, you will always know every word of “Beautiful Soul” and “Just So You Know.”

For no cost, students can look Jesse in the eye as he asks, “Am I crazy for wanting you?” There can’t be anything more useful to do with your Thursday night than satisfy everything your middle school self could have ever wanted. Plus, for $40 more you can meet and greet McCartney and have a professional photographer document your time with the beautiful soul himself.